Story #24. Giving Birth After the 1st Day of War

June 3, 2022
The story of Mrs Nina, whose family survived occupation and escaped from Hostomel. 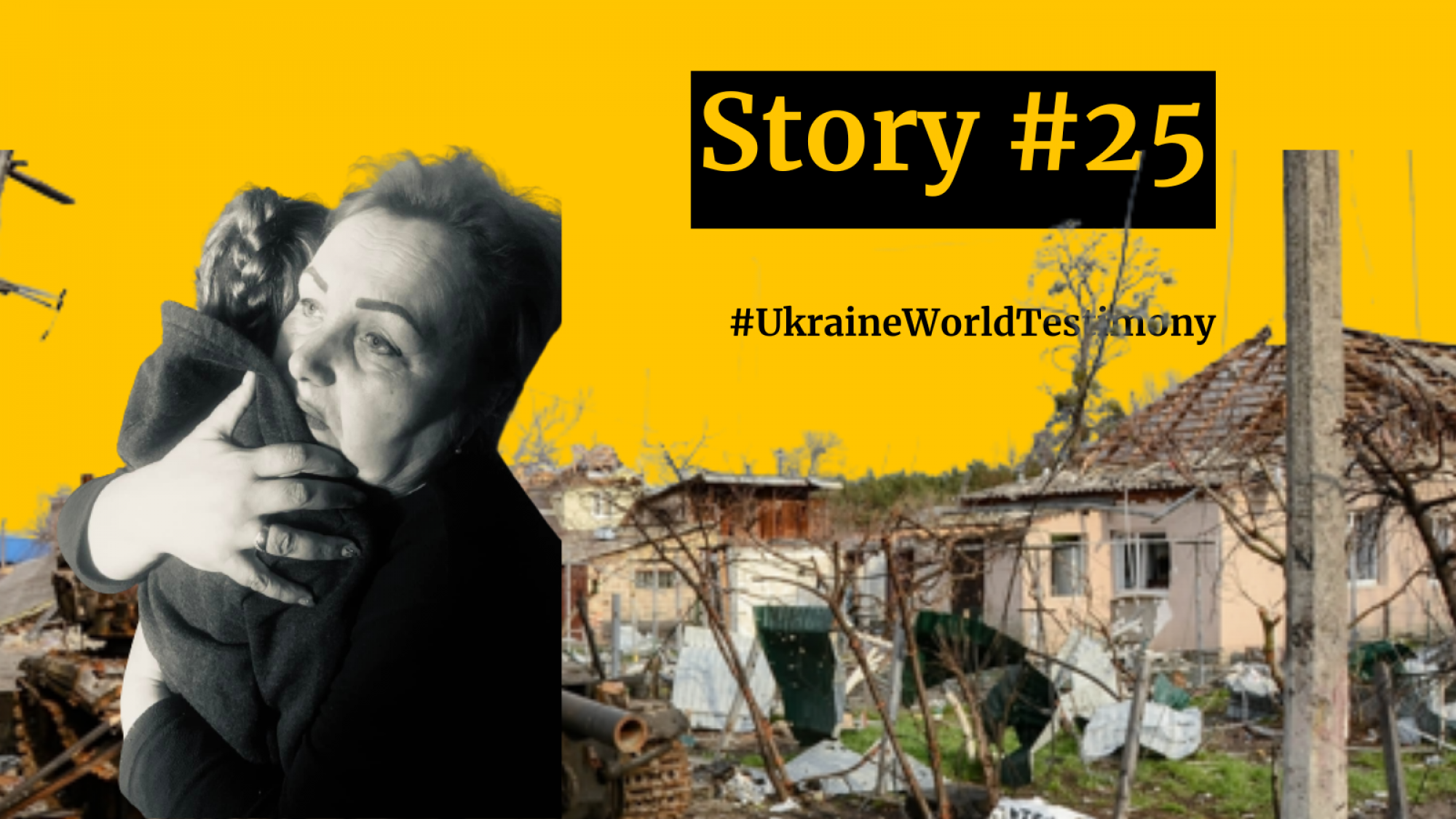 Hostomel was bombed mercilessly, incessantly. Their house is one and a half kilometres from the airport, so the home basement, where 17 people were hiding, was shaking with each explosion.

It was getting worse every day. On the second or third day, Russian tanks appeared on their street. Russians destroyed the fence near Nina’s house. They fired, drove and fired again. Eventually, Nina’s family lost track of time — they didn't know the day of the week or the date.

Russians came to their house. It was such a horror! Just unbearable. "Rescuers" forcibly pushed them out of the basement. They immediately began to undress the men. It was minus six degrees on the street. They started checking phones, and looking for sim cards.

When the barrel of the machine gun rested on my back, I asked: — "Don't shoot us. We are civilians." — “We come in peace. We only need your President Zelensky. Three days, and we will take Kyiv, and everything will be fine,” — the soldier answered me.

There were fewer and fewer people in Nina’s basement. One woman died. They buried her in the garden during the bombing. The other could not be buried — she remained lying in the barn in a cellophane bag because we were no longer able to get out due to continuous shelling. A Russian soldier once told Nina: — “You need to get out of here.” — “I have lived here all my life. We built a house. We wanted the best for our family. Where should I go? This is my home!” — “To Russia. Don't you know? Although our people do not live like you. Much poorer.”

16 days of war passed. Nina’s family realized that if they did not leave the city, they would all perish. They got in the car and left. They didn't have the opportunity to change clothes, shoes or take anything with us from home. But it was their last chance to survive.

Along the way, Nina’s family saw a lot of dead people laying on the roadside. They had tried to escape and were killed. Mothers with charred babies in their arms. Strollers and toys were lying around. Black handles and heads protruded from the strollers. It was impossible to look at it.

Nina and her family are in the Rivne oblast now and they are quite well there, but they want to return to our home as soon as possible. Even if it is destroyed, even if only the foundation remains. They will rebuild their home for their family.

Their granddaughters in the Rivne oblast meet their peers, communicate, and draw. However, they paint mostly in dark colours. Today their sun is still black.

Is Russia Committing Genocide in Ukraine?

Whether Russian actions in Ukraine amount to genocide? We asked Christopher Atwood, a researcher at the Harriman Institute of Columbia University.
VIDEO
June 10, 2022

Watch our new video about war crimes Russia has been committing in Ukraine since its full-scale invasion.