Story #24. Giving Birth After the 1st Day of War

June 2, 2022
Chernihiv. The story of Lina, a young woman, who gave birth to a child the day after the war started. 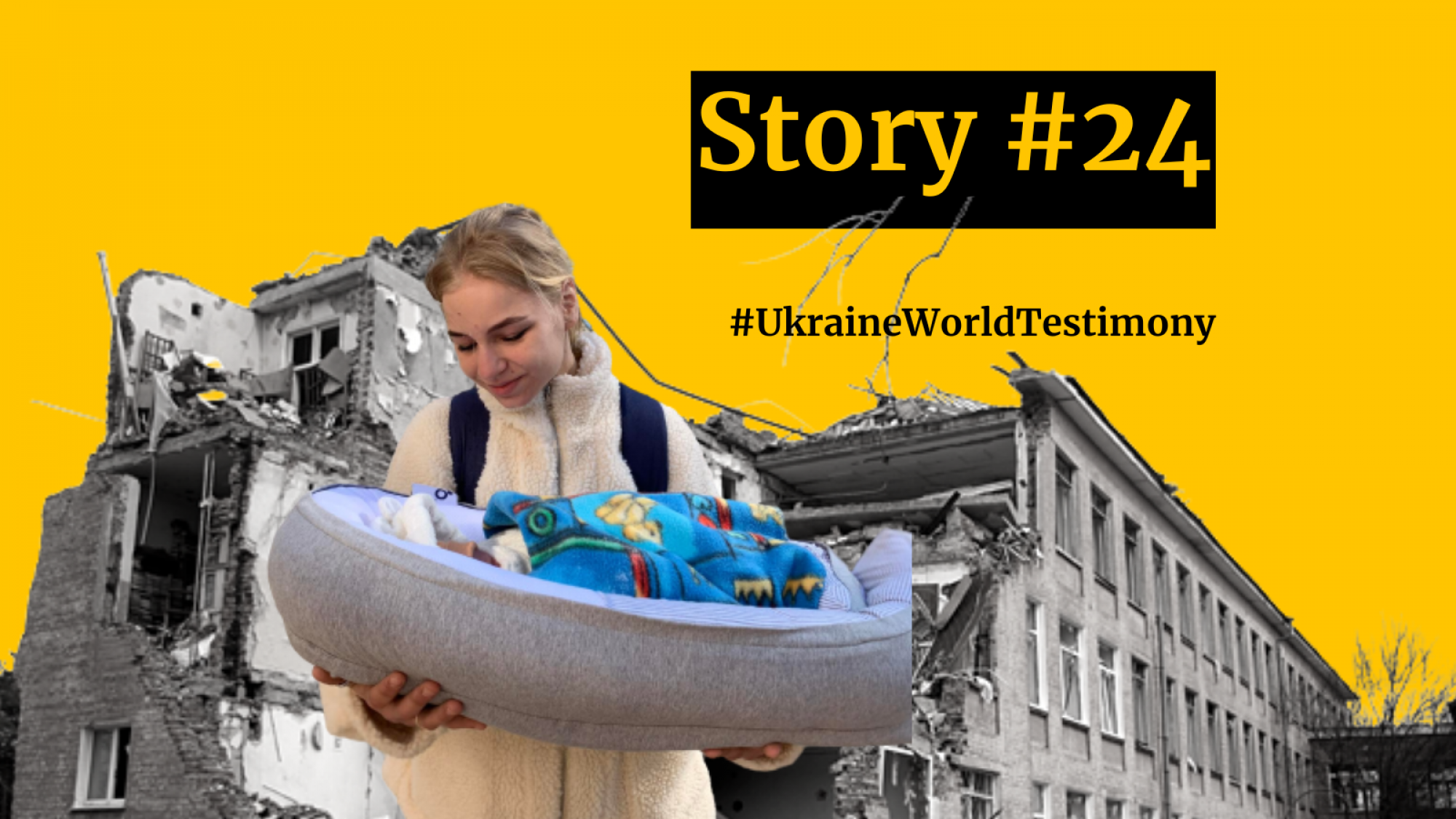 Lina was not supposed to give birth in February. But the stress of the war provoked her premature birth. And already on February 25, Damir entered the world.

The boy was born a month early, small - 1 kg 980 grams in a cold maternity hospital in Chernihiv. The woman spent the night with the child in a bomb shelter, as the city has already begun to be shelled.

The next day they were discharged home because it was dangerous to stay in the hospital. She and her husband lived in a rented apartment. Without water and heating.

The baby was wrapped in what they could find. They could barely find water to make the baby formula. It was impossible to bathe the baby.

The Russians began to ruthlessly destroy Chernihiv. When a rocket hit Lina's house, and she saw neighbours hiding on the balcony from the flames in their own apartment, she decided to leave the city. For the baby's sake. Her husband stayed in Chernihiv.

In a few days, after the true danger had passed, they reached Rivne. Here the boy finally calmed down, because he was also under stress. He was bathed for the first time in his life. Lina Bulka received a birth certificate of her child at the Rivne Registry Office.

Damir is one month old. His weight is 2 kg 400 grams. He spent several days in the Rivne Regional Hospital under the supervision of doctors. They conducted a full examination and concluded that the child was healthy. He just needs to eat and sleep. And gain weight.

Today, Lina is 21 years old. The woman already has clothes, shoes, food for herself and the child, a bathtub, diapers, a stroller, a crib, and a room heater. She refused to go abroad and wants to stay in Ukraine.

Lina is an orphan. She grew up in boarding schools. She lived in a foster family for some time until her parents were deprived of parental rights.

The text is based on the testimony of Olena Medvedeva.

How Do Russia's and Ukraine's Strategies Differ?