June 20, 2022
The story of Olena's family, who survived the occupation and evacuation from a village near Hostomel. 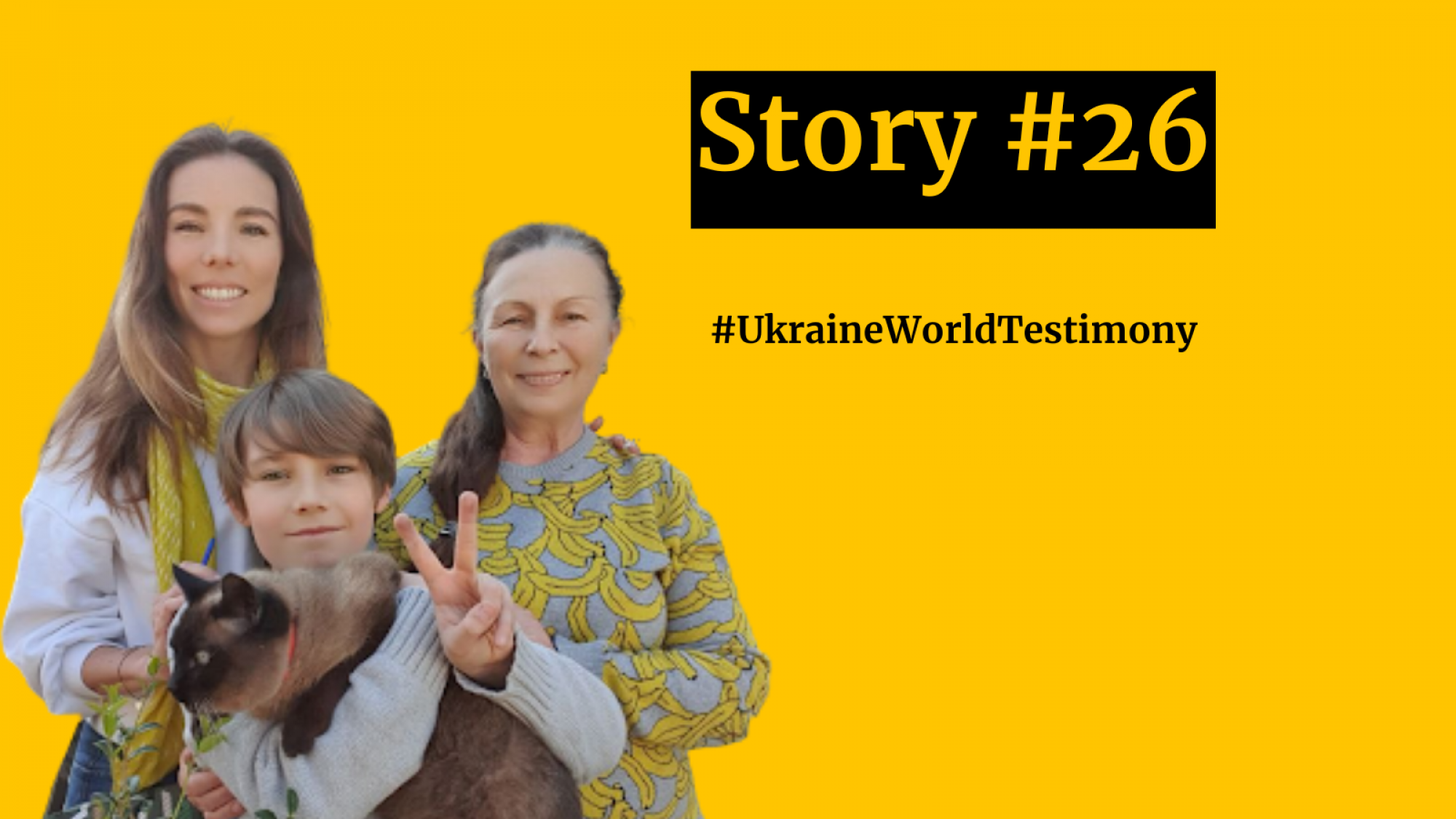 Morning, Hostomel, a half-destroyed street, cars, frightened people. Someone said that they should leave the cars and walk through the blown-up crossing, where evacuation buses would be waiting on the other side. But this option did not suit Olena.

And then she saw two cars coming. It was clear from the faces of the men that they knew where they were going. She waved for them to stop. One driver said he knew a way around the damaged section of the road and Olena joined the third car behind them.

So they organized a column of daredevils of five cars, and all drove along the main street of Hostomel. What they saw is beyond words, it was like a horror movie about the end of the world.

They drove past the house where Olena lived together with her son. There was not a single whole window in the house, and the entire facade of the building was full of holes from various shells. “I'm afraid to imagine what would have happened if we hadn't left for my mother’s on February 24th,” she says.

It was difficult to drive along the street, as there was a big risk of breaking the wheels. Suddenly, Russian tanks drove out at speed. She did not have time to pass this intersection, and the tanks began to turn right at her.

Olena quickly turned to the side of the road, miraculously avoiding sharp debris, and the tanks rushed past them. She saw civilian cars crushed by tanks on the road and understood that this could happen to them, but they were lucky and survived.

So their journey continued through Hostomel, Bucha, Vorzel, and everywhere they saw these terrible pictures: ruins, corpses, a baby stroller on the side of the road, cars shot, and Russian armed soldiers. She saw all this with peripheral vision and did not look away from the road.

Throughout the journey, when they saw soldiers at checkpoints, brave men from the evacuation column got out of the cars with their hands up and asked to let us through. “I don't know what magic words they said, but we were let through everywhere,” she said.

Unfortunately, not everyone was as lucky as they were. Later, Olena learned that during these days of evacuation, on March 10, 11 and 12, a lot of cars with women and children were shot and blown up.

Finally, they saw Ukrainian blue and yellow flags! Olena wanted to cry with happiness. They have reached Kyiv! Hot showers for the first time in 15 days, light, internet. They were fed very tasty food in the soldiers' canteen, and slept on the beds for the first time since the start of the war.

Olena, her mother and her son arrived in Stuttgart with passports, a laptop, a cat, and whatever they ran out of the house on March 9. They did not have time to take anything with them. But she brought the most valuable thing Olena have - her family. Glory to Ukraine!

The full article is here: https://bit.ly/3zNVpcM

Story #27. Giving Birth under the Shelling of Chernihiv

Today we launch our project #UkraineWorldTestimony. We will publish stories of Ukrainians, who suffered and were ready to share their personal war experience.
VIDEO
May 8, 2018

Since 90-s Russia has played a key role in numerous frozen conflicts which have been taking place in the post-Soviet countries. Namely, conflicts in Transnistria,...