May 23, 2022
Kyiv oblast, Bucha. The story of Marina Balyaba, whose husband died in the war. 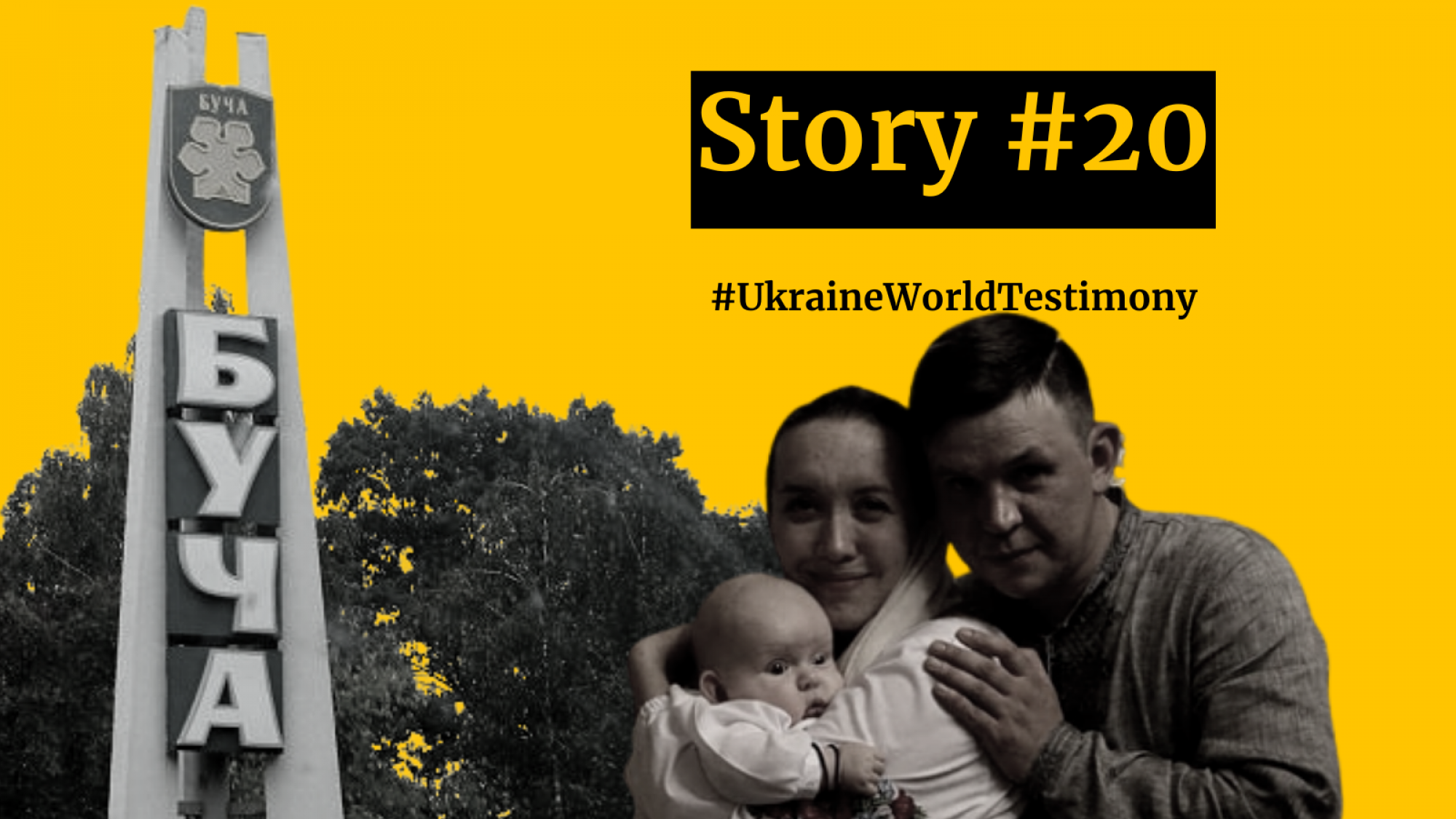 At 6 am, Marina’s husband's father called her and said that the war had begun and that they should stay at home instead of taking her son to kindergarten. She thought, “What is he saying? This cannot be!”

“How naive I was. I got up and opened the window. The coolness immediately hit me in the face. But there were other sounds that had never been here before. I had heard something similar when I went to my husband for a rotation in Mariupol in 2015. The shelling?”

“But stop, I'm not in Mariupol, I'm in BUCHA! This is 2022! Suburbs of Kyiv! What shelling? It was a shock. I didn't believe it. I called my husband and cried. He said to pack up and remain with our son at all times. For the first time in my life, I felt a wild, animalistic fear,” Marina said.

There was no service. They went to the grocery store and waited in line for 2.5 hours. At noon Russians started bombing the Hostomel airport. It is not far from their house. Planes, helicopters and rockets flew over them. As in Hollywood action movies, but in real life.

The fighting began, which turned to occupation. There was constant shelling. There was no light, no gas, no water, no communication. Marina lived like this with her son for 24 days until Russian soldiers came to our house.

They searched the house and walked with their dirty boots on Marina’s laminate, which she and her husband had spent so long picking out. Russians set up camps in neighbouring houses. Marina’s family understood that Ukrainian troops would knock Russians out during the counteroffensive and that she and her son are in even greater danger now.

The next day they left in an evacuation column to Kyiv, and then to the centre of Ukraine. She was broken. But a decisive blow awaited Marina. Her husband died on March 30. It was her birthday. “Life has stopped. I died with him,” she added. “We planned to give birth to a baby girl. Kylyna or Melanka. Have a church wedding. Go to the sea. Insulate the house. Make repairs. Buy a car. But now I have to do it myself,” Marina tells.

“Russia has taken away from her the most important thing — the meaning of life. I don't know how to live anymore. And is it necessary?”

The text is based on the testimony of Marina Balyaba.

Battles on the Field of Memory Politics: Ukrainian VS Russian Approaches

UkraineWorld spoke to Anton Drobovych, the head of the Ukrainian Institute of National Remembrance.
PODCAST
September 17, 2020