May 16, 2022
The apartment of Olena Pribytkova, a retired medic and police officer, is located in one of the northern districts of Kharkiv, not far from the border with Russia. With the beginning of the full-scale war, it turned out to be at the epicentre of hostilities. 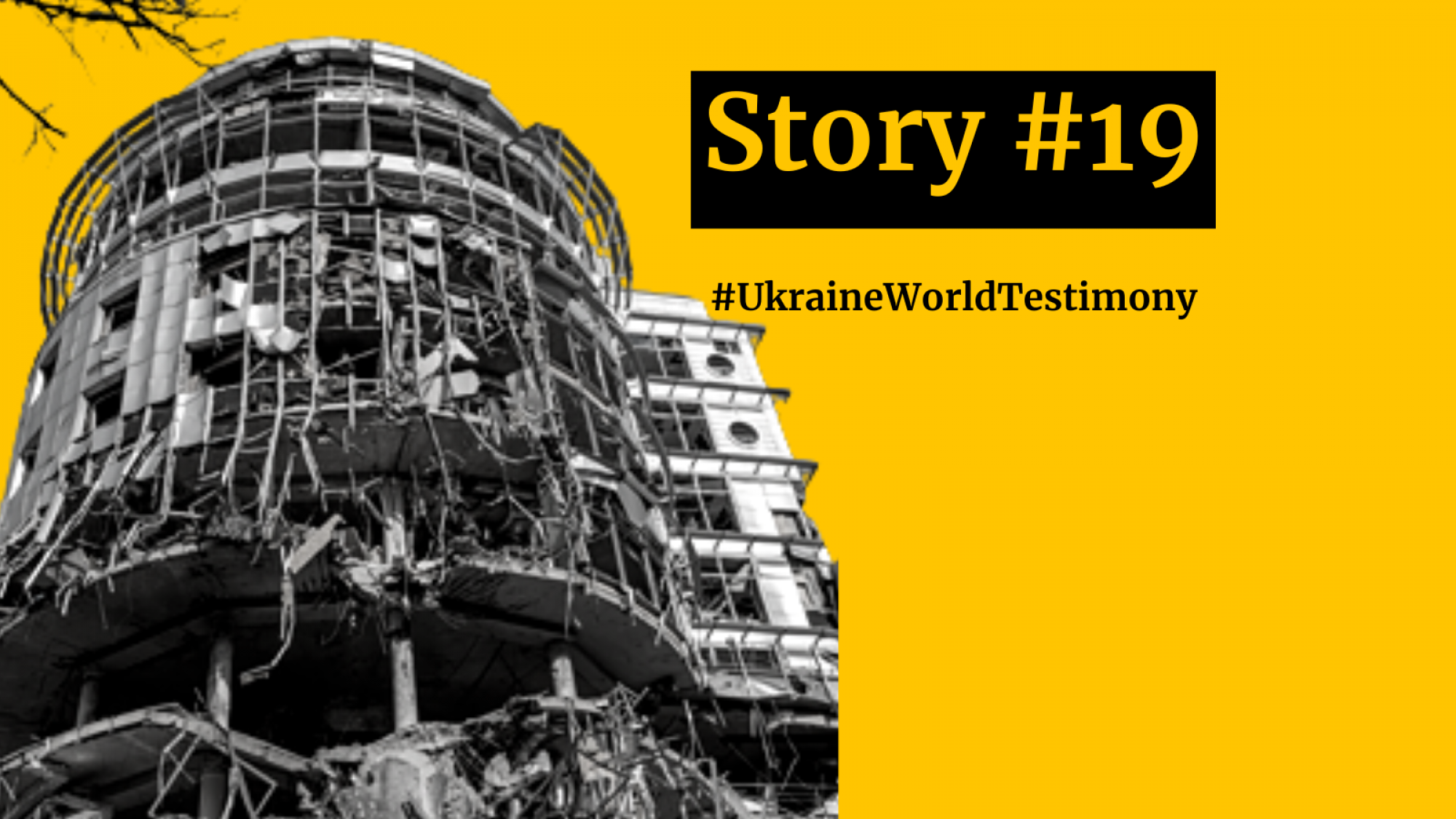 "Constant military resistance was happening right in front of our windows. Ukrainian "hrady" were 1.5 km from our home", Olena says. The fighting took place all around the house. From the window, Olena and her husband saw Russian troops shelling Kharkiv.

"There were no quiet days, the shelling continued all the time, although we did not hear the air alarm", Olena says. The basement of Olena's house was not acceptable to stay in during the shelling. Therefore, the family arranged a shelter for themselves in the vestibule.

"We had only a few seconds to hide there, so we were in our sports suits all the time, my husband even slept in his shoes. Sometimes we didn't have time to catch our cat," Olena says.

On the second day of the war, the lights went out. There was no hot water or heating. Outside the window, the temperature dropped to -15, and it snowed. "In order not to lose contact with our family, we went to the car and charged the phones, although it was dangerous", Olena says.

Olena and her husband were lucky to stock up on food and medicines. On the second day of the war, pharmacies and shops closed. Bread and food were delivered by car.

"When the electricity was turned off, I tried to save some food in the fridge. I even made three jars of frozen berry jam. I'll taste it watching the trials of Russian war criminals", Olena says.

Early in the morning of March 4, Olena and her husband left Kharkiv. "My family persuaded me to leave earlier, but I resisted. When I was packing, I cried for the first time since the beginning of the war", she says.

The road to safety for Olena and her husband was emotionally and physically difficult. The city was bombed, and shelling continued while they were leaving Kharkiv.

"Three rockets hit our house. One of them did not explode, the other two hit the apartments, which burned down completely", Olena says.

Olena and her husband left for Zakarpattia, where they received their status of internally displaced persons. Olena's husband has a disability and can go abroad. But they chose to stay in Ukraine.

"We are able to help others here. I help as a lawyer on a volunteer basis. My husband carries humanitarian goods from abroad. We send medicine to Kharkiv", she says.

Olena and her husband decided not to talk about whether their apartment in Kharkiv will survive. There are almost no untouched buildings in their district in Kharkiv.

The story of a woman who faced Russian invasions twice in her life. Testimony of a witness, Yana Osypova.
PODCAST
April 30, 2020

Ep. 22 – Does Russia Have a Strategy in the Post-Soviet Space?

Host Volodymyr Yermolenko welcomes Kostiantyn Kvurt, a well-known Ukrainian media expert and the head of board of Internews Ukraine, one of the leading Ukrainian...