Story #17. What It Means to be a Widow of an Azov Soldier

May 12, 2022
The story of Liudmyla Kunytska, whose mother was killed by the Russians. 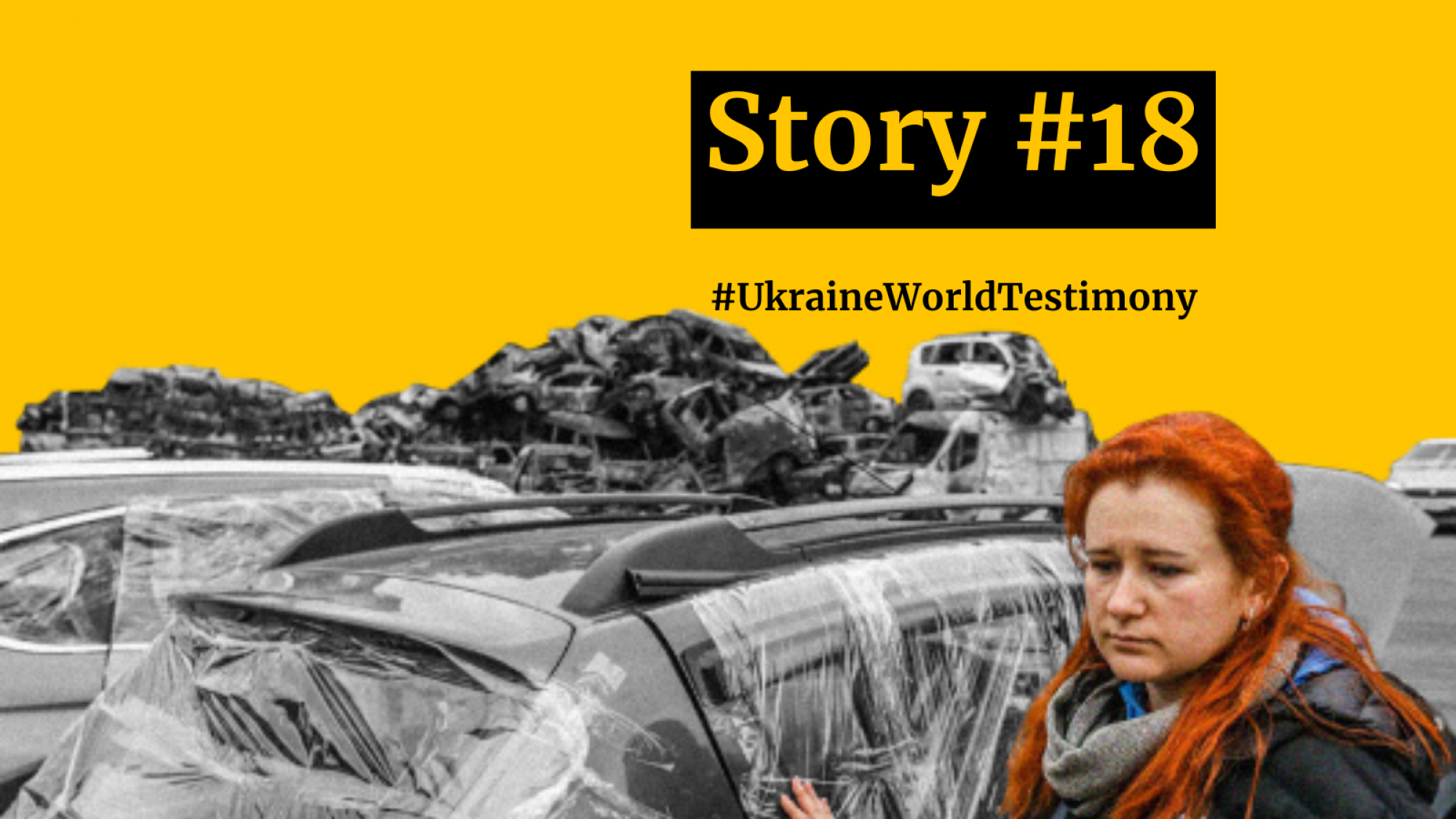 “From February 24 to March 6, we hid in the underground parking lot of our residential complex in Irpin. We couldn't leave because we had only one small car for eight people. On March 6, when our complex was already completely shelled, we gathered with our neighbours”, she says.

They gathered 12 cars. Her relatives were sitting in different cars. They were leaving through Stoyanka, when the Russian occupiers started shooting at the checkpoint. They didn't know they were there. Russians threw a grenade at the first car in front of them. Two people died there.

Then they started firing from an RPG near the second car. Liudmyla was sitting in the passenger seat of her car, her mother was behind her. When she turned, She saw that her mother was bleeding from her neck. Liudmyla tried to give her a scarf to cover the wound, but nothing helped.

She bled out in front of Liudmyla’s eyes. It had all happened in seconds. The Russian occupiers did not allow Liudmyla to approach her mother. They did not let them take the body.

They later found out that her husband's mother died in another car. She was sitting in the passenger seat. The bullet hit her right in the heart. They were also not allowed to approach her, they were not allowed to see what was wrong with her.

Russians let them go because they had children with them. And those who were very badly injured remained near the cars. Later, some of the wounded were taken away, and then Liudmyla’s family started treating them.

Only a month later, she saw a video on the Internet with the bodies of her mother and mother-in-law. She wrote to the journalist who published the video, and a week later they got a call from the police. They took their bodies from the morgue.

They were buried in Liudmyla’s mother's homeland in the Zhytomyr oblast. Although her husband's mother is from the Kharkiv oblast, they could not bury her there because shelling was also taking place there.

Why is Ukraine's security key for Europe and the world? What is a wider picture of the Kremlin aggression against Ukraine? Watch our video produced together with...
PODCAST
September 29, 2020