May 25, 2022
Kyiv. The story of Valentyna, whose family fled the horrors of war. 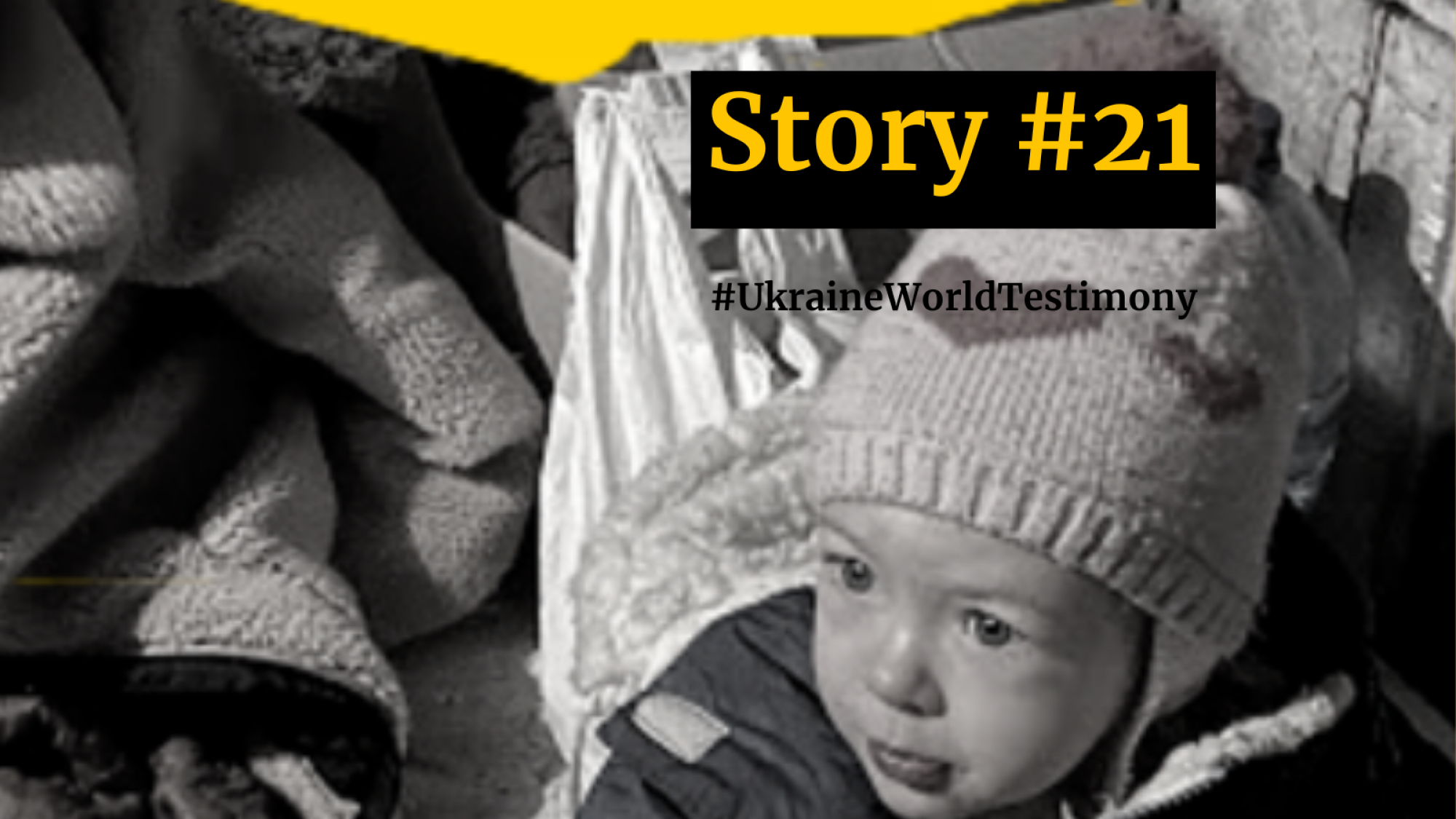 The atmosphere "before" was getting more and more depressing each day. Valentyna thought that the war would begin on February 23, her birthday, but she managed to celebrate in a peaceful Kyiv.

“On the morning of February 24, we were awakened by a phone call. "It has begun." We got up quietly so as not to wake the children. We prepared food and water in the hallway. Began to carry the mats and blankets to the basement. It was scary, I kept thinking, "Is this really happening?"

“We went outside and heard explosions. Then the sirens. We slept in the cellar, I was very cold, because I fed the baby all night, and slept half-open. You run into that basement and think, what if a shell hits here, or if someone comes here, and what to tell them, and where to run,” she continues.

Valentyna started teaching Lev that he should take care of his little sister if anything were to happen. Valentyna explained what to say if he got lost, what to do if he heard an explosion, a shooting or if a house caught fire. While she was writing this and it made her cry. That’s how scary it was.

They lived 10 minutes from Irpin and constantly heard explosions and analyzed that "that far" and that was "a little closer", that was a rocket, that was a plane, and that was something else.

She was sick with fear, but Valentyna couldn't eat because she needed to breastfeed her baby. She tried to cheer others up, cook something, and play board games in the basement. When she thought of others, it was always easier.

They lived like that for 5 days. Then they left because there were frosts, and sleeping in the cold in a small cellar where condensation would drip on you from the walls was not a good idea. Valentyna’s daughter began to sniffle, and it would be very terrible to get sick at that time.

They arrived in a quiet place and started treatment. All these days she hardly slept because she was feeding the baby. During the day she watched her children sleep. And when they were safe, her body gave up. Valentyna felt that she had no strength at all.

“Now enemy missiles periodically fly over our heads, but not so close. I hope they are shot down by our glorious air defence during the flight,” she says.

The news website Strana.ua is popular both in Ukraine and Russia. This is partly due to the spread of narratives similar to those established by Kremlin propaganda.
PODCAST
January 25, 2022