How Has the War Affected the Medical Procurement in Ukraine? 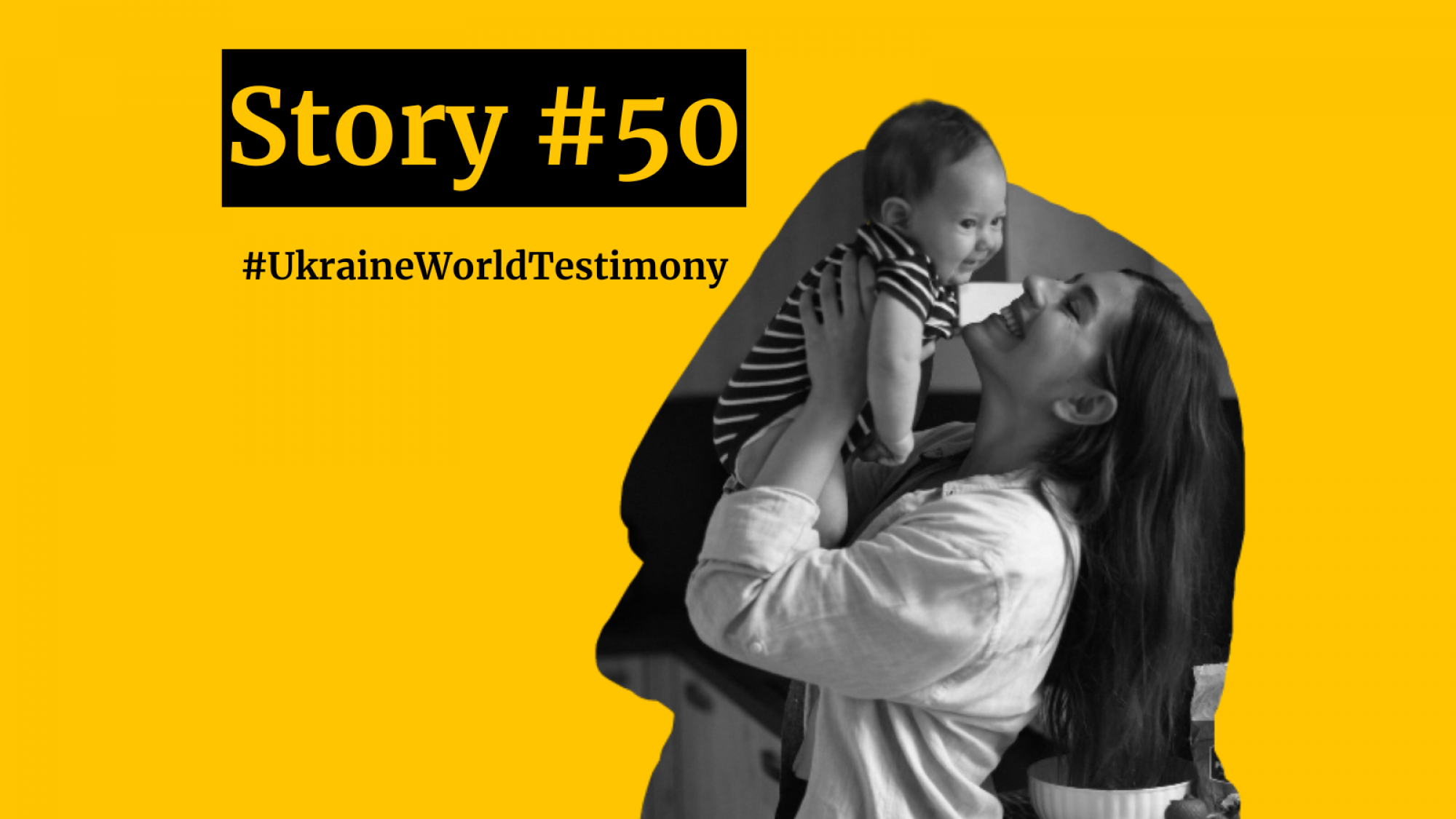 It was our first, long-awaited pregnancy. Until the 8th month, I worked as a makeup artist. I loved my job and was preparing to meet my baby. The doctors gave me a due date of March 1.

February 23, evening. All the news was about the war. I couldn't believe it. Then I was more worried about my well-being, so I quickly fell asleep. My husband was nervous that night.

February 24 morning. Kyiv, left bank. My husband and I woke up at the same time to loud explosions. I looked at him with scared eyes. He took the phone, read something and said that the war had begun. At that moment, panic and fear came over me.

I grabbed my stomach and went to the bathroom to breathe. At that moment, I was thinking only about the child. "You can't panic!" I told myself. But these words hardly had any effect. Then my husband said to quickly collect our necessary things.

Where? Why? We got into the car and thought about what to do. The city began to panic, and there were queues at gas stations. It was risky to go to the West of Ukraine. At that time, I could have gone into labor at any minute. We stayed in Kyiv.

My husband decided to move to the right bank of Kyiv and stay in a hotel near the maternity hospital. We got there quickly, checked in, and had breakfast. I was very tired, so I immediately fell asleep in the room. An hour later, we were asked to move out, because there was a military base next to the hotel, which meant a high risk of missile strikes.

We went to another hotel. We got out of the car, and my first contraction began. I was breathing. "Probably false. But very painful," I thought. We settled in. The second contraction, and a third half an hour later.

We called the doctor and went to the maternity ward. I was glad that it didn't happen on the road and we made the right decision to stay in Kyiv. We reached the hospital in 5 minutes.

An air raid alarm began, but the doctors continued delivering to the sound of the siren. I am very grateful for this, because many women had to give birth in bomb shelters.

It all happened very fast. My son probably understood that the situation was urgent. 15 minutes after we were moved to the ward, the siren sounded again. The medical staff urged everyone  down to the bomb shelter. Pregnant women and women who had just given birth were all sitting there. I was holding my baby tightly in my arms, wrapped in a blanket. It was cold. My husband was always by my side. 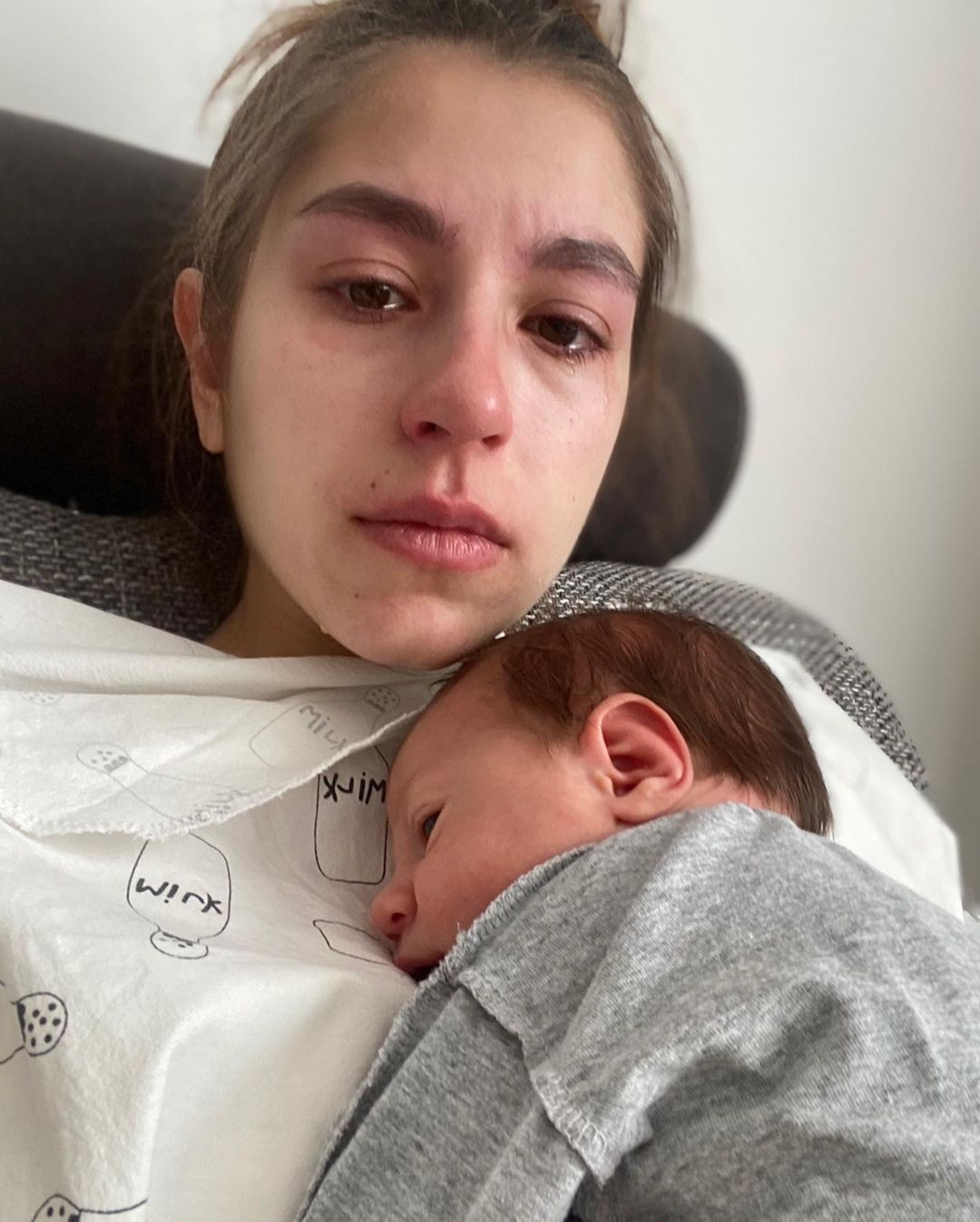 After 2 hours, we were allowed to go up to the ward and have a rest. After 20 minutes, we all ran to shelter again. Fear for their children overwhelmed all mothers. Tired, exhausted, just after giving birth, and some with contractions, they were all in the dark basement, sitting on wooden benches. Women who had difficult births lay on the floor moaning.

In the morning, we were discharged and sent home, because the maternity ward was overcrowded. New pregnant women were constantly arriving. The bomb shelter couldn't accommodate everyone, and no provisionswere coming in at all.

We went to my mother outside the city. Every night we went down to the cellar. I breastfed my baby covered with a blanket in the freezing cold. This lasted for two weeks.

My husband couldn't stand it and decided that our son and I should go to the Czech Republic. I didn't want to leave without my husband, but my maternal instincts kicked in. We went by car. My baby was two weeks old. It was a four-day journey. With 7-10 hour waits at the border.

We had to spend the night in the car at gas stations because all the hotels were full. Checkpoints, constant air alerts, curfew, 24/7 stress and fear. I held on, only praying for my child.

I was devastated inside, and despaired in my soul. Exhausted, we reached the Czech Republic. There I fully realized what had happened and cried a lot. I was in denial and felt constant anxiety inside. But that's another story.

The story of Tetyana Duchych, who survived the fighting near Hostomel. #UkraineWorldTestimony
PODCAST
June 5, 2020