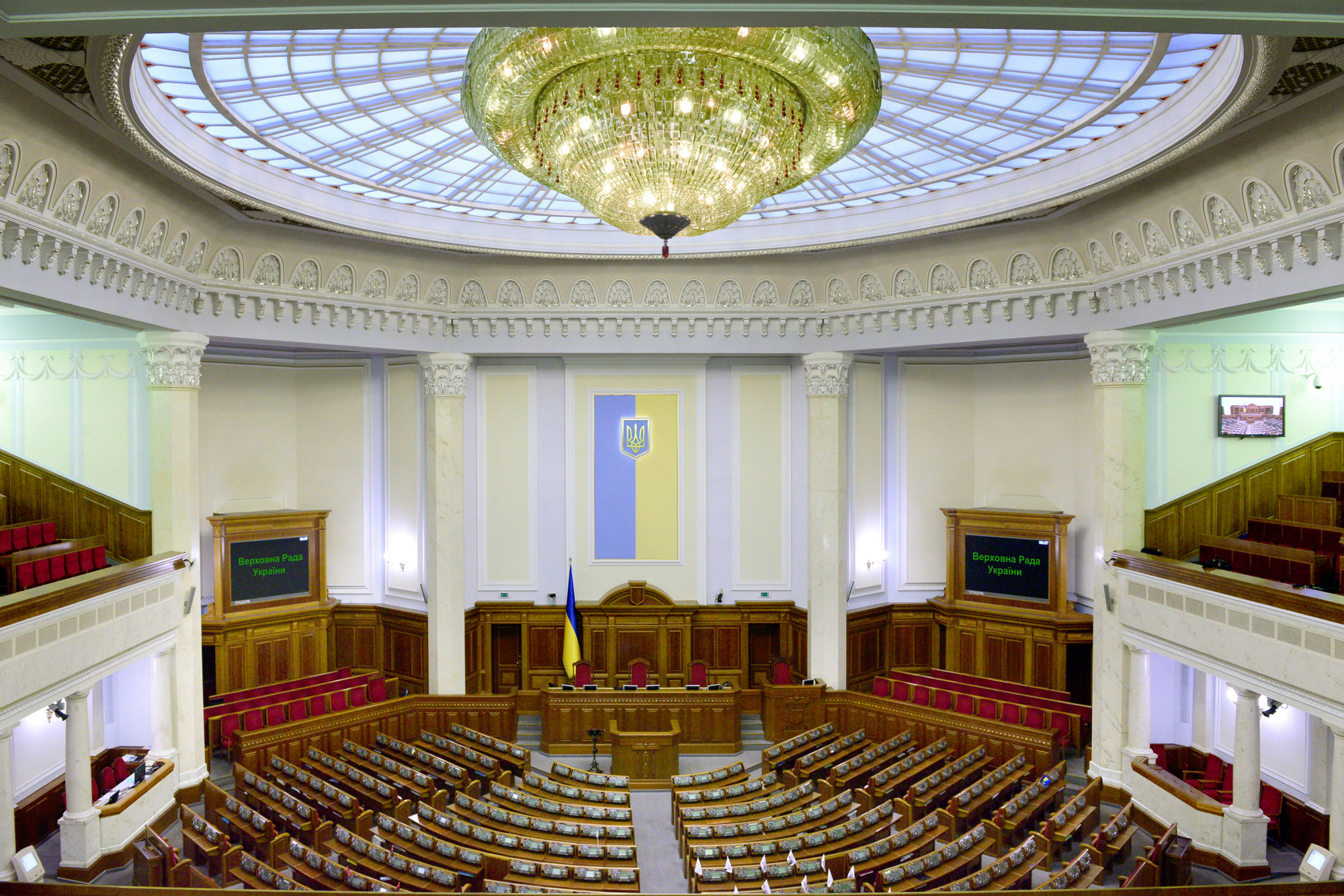 Ukrainian lawmakers have been working on a new electoral code since the end of 2015,. It should replace many bills on elections present today in the Ukrainian legislature. The most discussed part relates to parliamentary elections.

Since it became independent in 1991, Ukraine has changed its voting system quite often, mainly just before elections. It started with the absolute first-past-the-post system, where MPs are elected in districts with 50 percent plus one votes. Then it moved to a combined system introducing proportional-representation, when half of the seats in Parliament are distributed among political parties in relation to their share of the vote. The other half of MPs had to have a relatively bigger number of votes in the voting district (even if it's less than 50 percent). Then it finally moved to a pure proportional system, and then again to a combined one.

The code that is being proposed would take Ukraine from the current mixed system to proportional representation (PR).

Contrary to the type of PR systemalready experienced, Ukrainian voters should elect not only the preferred party, but also a specific person from a party's list.

This electoral code is being widely discussed in Ukraine. Civil society and the international community constantly encourage MPs to adopt it. We have already analysed why Ukraine needs this code. Here we focus on its pros and cons.

If adopted, it would be much harder to 'buy' enough votes in bigger constituencies.

And since people would vote for a person, not only for a political party, the latter would have less influence on exactly who enters Parliament. As a result, politicians would have less incentiveto bribe party leaders.

The abuse of administrative resources (by local authorities) would also have less impact. In a winner-takes-all system, known as first-past-the-post, even a small margin of votes cast in favour of one politician can ensure him or her a seat. Therefore, the ruling party forces prisoners, public sector employees, students vote for the "right" person. This possibility remains in the proposed model. However, votes for other candidates are not lost in this case, since the district can send as many representatives to Parliament as the share of votes it has.

This way, the system may bring new and small forces to Parliament and foster rotation. Since MPs are elected in regions, politicians also have to keep their ties with voters and represent them inside Parliament. 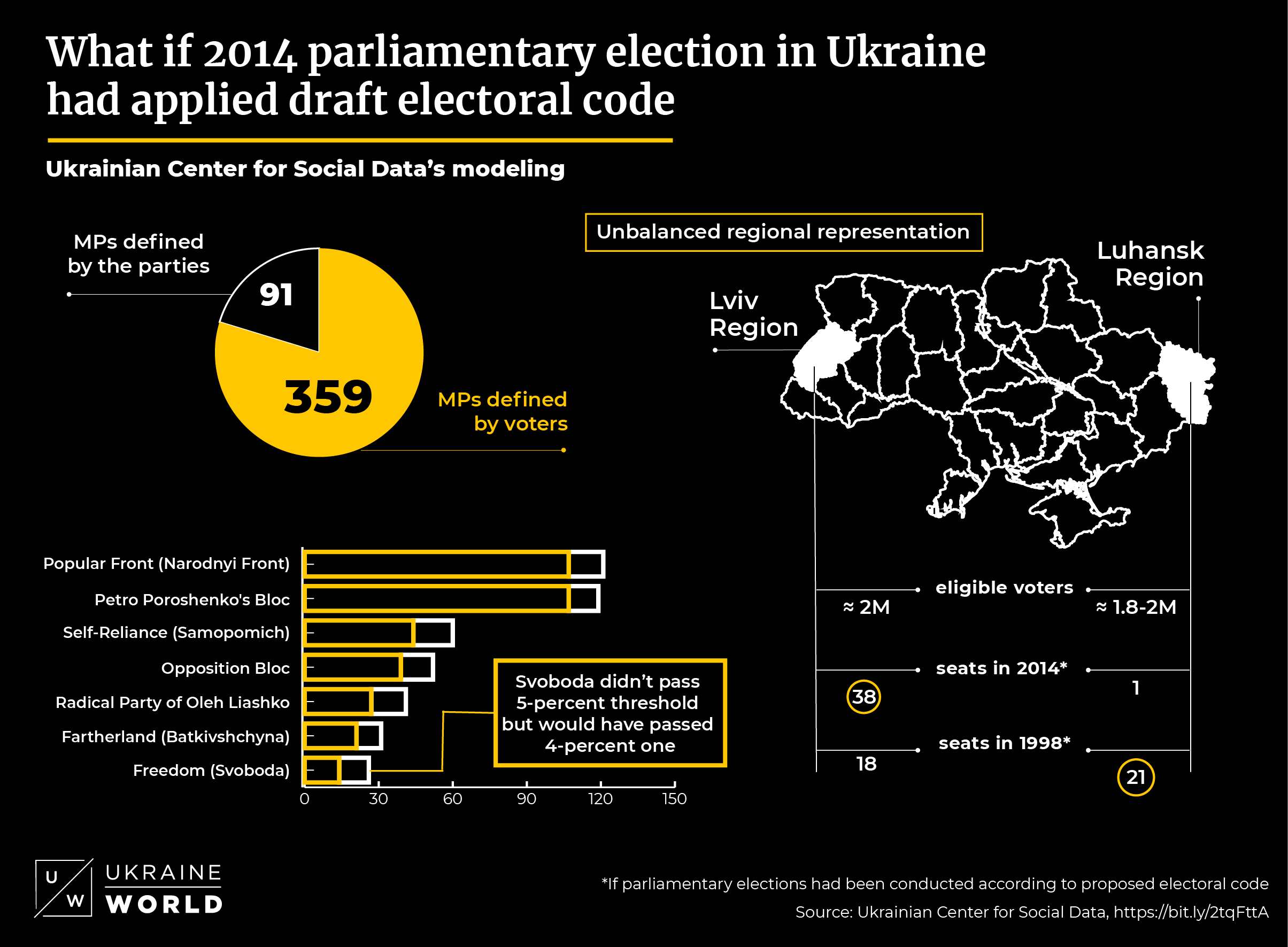 The proposed code should encourage competitiveness and team work. Parties would want to recruit politicians that are popular in regions and can bring them many votes. Furthermore, politicians from the same party should work together since the more votes they have in total, the greater the seats that the party would get from that constituencyin Parliament. For instance, if a popular politician gets 10 votes, and the quota for one seat is 5, that politician enters Parliament, but so does his colleague from the same party who may get just 1 vote.

The system should also foster a more stable party system. At present MPs elected in districts can have no party affiliation. As a result, Parliament is ideologically variegated. If this electoral code is adopted, party affiliation would be a must. Its members should share similar views and ideology, at least in theory.

This draft code has been waiting for its second reading for more than a year now, even though the next parliamentary elections are scheduled for October 2019. "MPs have already invested big resources in districts. They don't want to replace the current electoral system with a new one. But I hope that it will be changed at least within a year after the coming parliamentary elections," says Olha Aivazovska from the OPORA civil network.

The current draft will be amended. And though the proposed system is much better than the current one, it contains some serious flaws.

First, the proposed system could lead to unbalanced regional representation in the parliament.

The number of politicians a region brings to the parliament would depend on the turnout, not the number of eligible voters residing there.

"The turnout can be inflated by bribing voters or third party interference," says Olha Aivazovska from the OPORA civil network.

A party can also gain more influence over who enters Parliament at the expense of voters. In this case, party leaders would guarantee their presence in Parliament. On the other hand, this would encourage politicians to bribe them. The levers are as follows. First, the party assigns politicians to a particular constituency. Second, the proposed electoral code obliges votes to indicate only the party they vote for. Voting for a particular person from that party is optional.

The cohesion of political parties could also be undermined. Popular politicians bringing many votes could disobey party rules. And if they represented parties that didn't reach the 4 percent threshold needed to enter Parliament, they would get no seats at all.

If properly amended, proposed electoral reform has the potential to empower voters and reduce corruption. It would also make Ukraine follow the world trend of moving towards proportional representation and stronger party systems.

Ruslan Minich
an analyst and journalist at Internews Ukraine and at UkraineWorld, an information and networking initiative.
Next article

10 Things To Know 10 Days Before The Elections

The first round of Ukraine’s presidential elections will take place in 10 days time. We have prepared a “survival guide” for you: here are 10 key things to know...
PODCAST
April 18, 2019

Host Volodymyr Yermolenko (Ukraine World, Internews Ukraine) welcomes to the studio Peter Dickinson, a nonresident fellow at the Atlantic Council and publisher of...