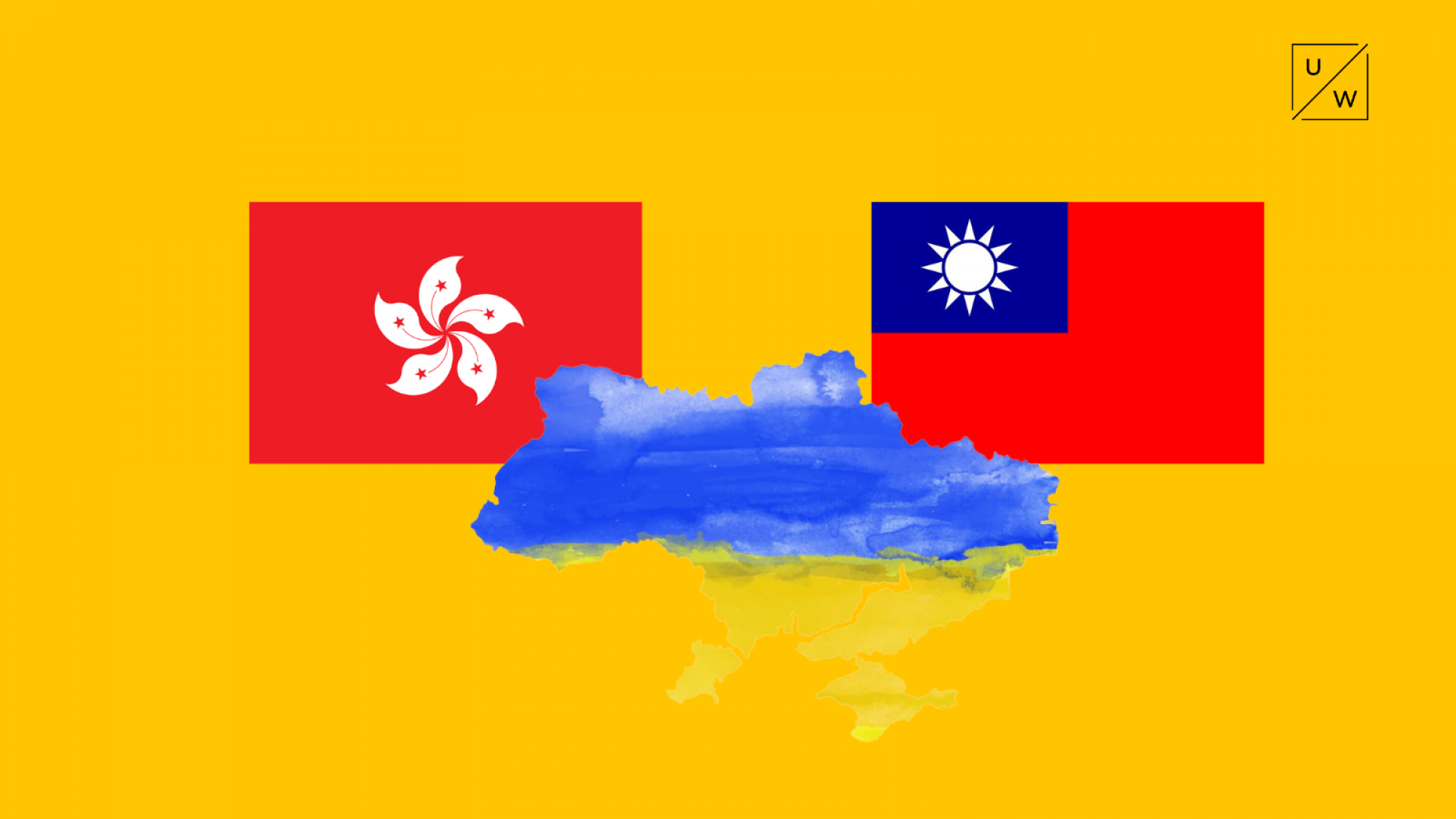 Key points from our discussion, #UkraineWorldAnalysis

1.  On the Hong Kong stance in the Russian-Ukrainian war

Hong Kong and Taiwan are different from each other. Taiwan is a state, the first democracy in Asia. Hong Kong is a territory under hybrid occupation by China, where democracy was curtailed after the defeat of the protest movement in 2020.

On February 23, 2022, Kharytonov prepared a post in several languages ​​(Cantonese for Hong Kong, Chinese for Taiwan, as well as Japanese) explaining how to properly donate funds to the needs of Ukraine's army. Some donations from the Hong Kong people were as high as 5-6 thousand euros each.

The Hong Kong people come to Kyiv from time to time, because Kyiv is perceived as the capital of freedom. The 2019 Hong Kong revolutionaries were inspired by the film about Ukraine "Winter on Fire". Ukrainian fighter Roman Ratushny, who died on the frontline recently, is a national hero for Hong Kong as well.

2. On the Taiwan stance in the Russian-Ukrainian war

While the Hong Kong people are Europeans in Asian bodies, the Taiwanese are democratic Asians. In May 2022, the Center launched the Ukraine+Taiwan forum project. Taiwanese are very supportive of Ukraine. The sunflower revolution in Taiwan has a lot in common with the Ukrainian Maidan.

After the fall of Kabul in August 2021, China and Russia simultaneously launched narratives: "Ukraine will lose to Russia. Taiwan will lose to China". Under the influence of this propaganda, Taiwan began to distance itself from Ukraine.

During the first week of the Russian-Ukrainian war, however, Taiwan radically changed its policy in favor of Ukraine. On the eve of the war, Taiwan pledged to the US to impose sanctions against Russia, which has never been done before.

Ukraine does not maintain political relations with Taiwan. But Taiwan provides aid to Ukrainian cities. The head of the Foreign Ministry of Taiwan met with the mayors of Kyiv, Kharkiv, Bucha, and Lviv and pledged financial assistance to them.

Taiwan admits that the war in Ukraine delayed the war against Taiwan. However, the Taiwanese are actively preparing for war: territorial defense units are being formed, and first aid courses are being studied.

China is politically indifferent to Ukraine and is only interested in the latter as a depersonalized country and a transit zone. Today, China is neither ready for a war against Taiwan, nor wants to suffer under Western sanctions.

Ukraine is politically indifferent to China and interesting only in a depersonalized transit zone. China will not intervene in the war in favor of Ukraine and is unlikely to become friendly to Ukraine after the war.

What is the character of Russian war crimes in Ukraine and how to bring the perpetrators to justice.
PODCAST
June 15, 2020