August 4, 2022
The story of Artem Shatunov from Chernihiv, who lost his grandfather as a result of Russian shelling. 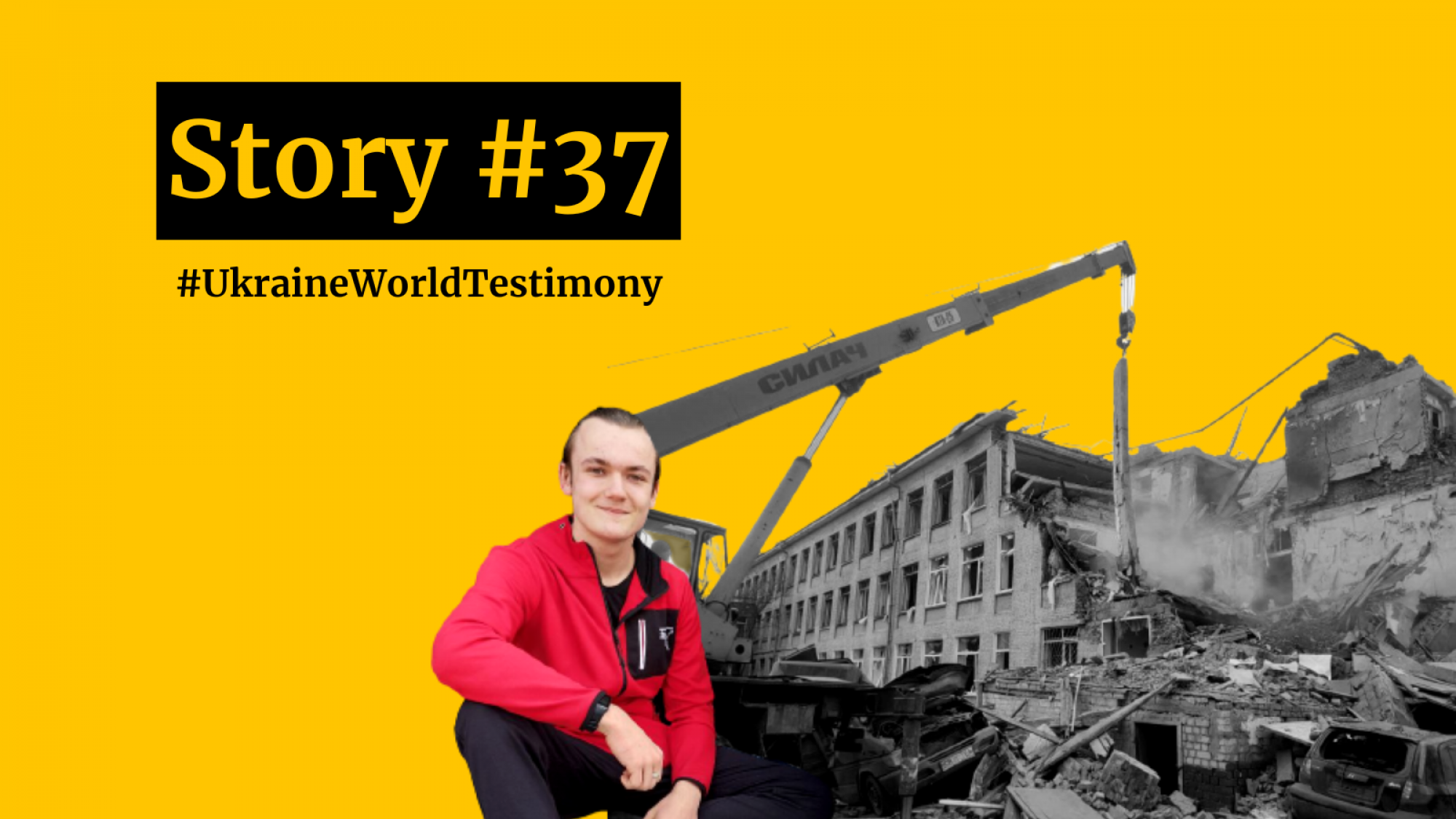 Since 2016, I knew that war would come to Chernihiv. Even then I understood what Russia is, what Putin is. I realized that Chernihiv is on the border with Belarus and Russia. That is, if there is a war, it will be right here.

Two days before the war, I had a dream about Russia attacking. There was no light,  no water, there was shooting. I felt fear.

I packed an alarm case, warned my family. I told my mother that weapons were being concentrated at the border, that we needed to stock up on food. She didn't take my words seriously. Say, Russia cannot attack us, we lived together in the Soviet Union, why should they attack. I then thought: You'll see, Mom.

We had no opportunity to leave Chernihiv. Our car was broken, we had no acquaintances with a car, there was no connection with volunteers either. Plus, my grandparents have health problems.

I fully realized the reality of the war on March 6th. It was then that the Russians came a little closer here and active shelling began. When I sat, ate and heard the mines flying, I understood that it would be our turn.

On the morning of March 11, I suggested to my grandpa to try to fix the car and leave, because there may not be a second chance to escape. We did not have time to finish it, as heavy shelling began.

Grandpa and I ran into the house. I sat down on a chair, and my grandfather followed me and closed the doors. Then he fell, just slid down the wall. I looked closely, and there was a hole in his head, brains were leaking, blood was flowing from his nose and ears.

I immediately went up to my mother and said that grandfather was dead, we need to take our bags and run away. Grandmother ran to grandfather, shouting "Vova, Vova!", and he was lying with this hole in his head.

Our street was just on the line of fire, the mines were flying right overhead, we had to get to another part of the city. I somehow reassured my mother and grandmother, I pushed grandfather's body away, and we ran out of the house.

At first we hid in the basement of our neighbor, because there was an active shelling. As soon as we got there, a mine covered the neighboring house, only four walls remained of it. Our barn was also on fire, there was black smoke everywhere, fragments were flying.

I assumed that the next mine would hit this neighbor's house, so we left and continued to crouch down the street. We were lucky to stop the car and arrange to be taken further into the city.

We called friends and stayed with them. There were 5 people in one room. There was no water, we were dirty. The water that the volunteers brought, we only drank and saved. It is better to be dirty than to die of thirst.

My grandfather lay in the house for 11 days, then we went to the morgue, and my mother agreed that the morgue staff would go with us to pick up the corpse. It didn't decompose because the house was quite cold. We buried him in a mass grave in the park.

In April, we came back home. We closed the windows with foam plastic, and we live like that. Now it is warm. Electricity appeared, the Internet appeared, water appeared, but there is no gas. Because the gas pipe is broken.

I still can't sleep normally, I wake up about every hour, because I hear the sounds of explosions in my sleep. Or I just wake up with anxiety in a cold sweat and wait for the sounds of aviation or the sounds of gunshots. I'm afraid of mine sounds. This is what took my grandfather's life, this is what made me almost completely deaf in my left ear.

I believe that Russian soldiers who do these terrible things should not be killed. They must live so that every resident of Ukraine spit in their faces every day. I'm sorry that some of them are leaving too quickly, such creatures must suffer.

If I could look into the eyes of the person who killed my grandfather, I would do terrible things, honestly. My grandfather was like a father to me, because I had no father, he died. In fact, they took my father away from me, my authority, my teacher, a very dear person. I may be seen as cruel, but I would do terrible things to the one who killed my grandpa.

It used to be dark, and children had to jump from stone to stone to get to school. Now, the roads are smooth and brightly lit. Water flows from the mountains by...