What to Read on Ukraine and Current Russia-Ukraine Tensions?

Ukrainian History: New Ways to Look at It

February 22, 2022
A short text version of a podcast conversation between Katherine Younger and Volodymyr Yermolenko. 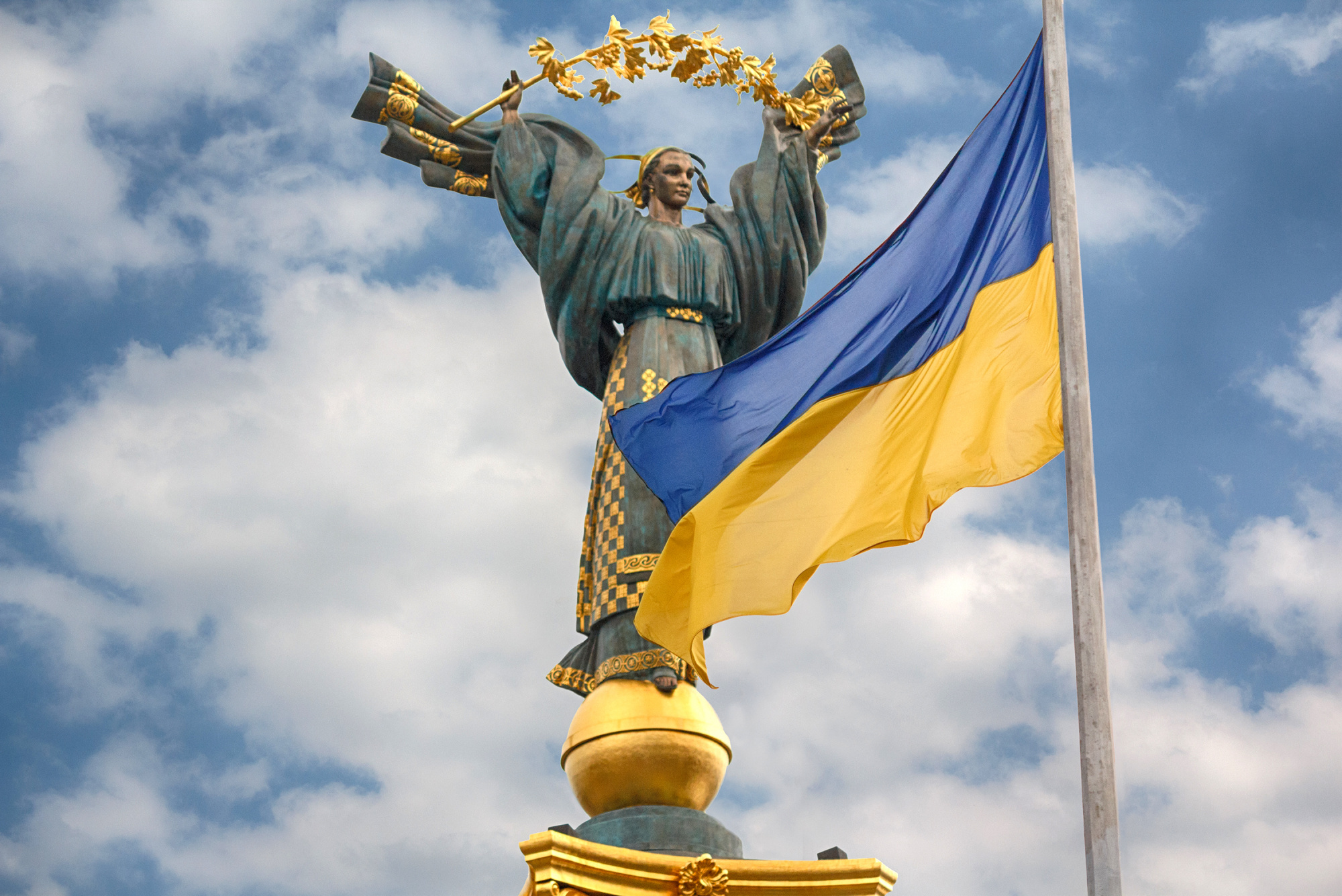 A short text version of a podcast conversation between Katherine Younger, historian of modern Eastern Europe and research director of the “Ukraine in the European Dialogue” programme at the Institute for Human Sciences in Vienna, and Volodymyr Yermolenko, Ukrainian philosopher, analytics director at Internews Ukraine, associate professor at Kyiv-Mohyla Academy and chief editor of UkraineWorld.org You can listen to the podcast here:

You can listen to the podcast here:

Ukraine in the Global Historical Picture

What is gaining traction in terms of transnational history is putting Ukraine into the broader historical picture. For instance, Yaroslav Hrytsak's newest book (Overcoming the Past: A Global History of Ukraine - Ed.) makes sense of the ways in which Ukrainians moved around the world.

Another relevant question is how the Ukrainian economy and Ukrainian thought is interconnected with all of these?

That is just now beginning to emerge. There was recently an "Intellectual Biography of Dmytro Dontsov" by an American scholar Trevor Erlacher — a good beginning in terms of English language scholarship connecting Ukrainian intellectual history.

The best thing to tell stories about ourselves is to connect to other stories.

The Most Interesting Eastern European Stories are about Ukraine

It is interesting how some people were approaching Ukrainian history not from a Ukrainian perspective. When historians trained in the field of the Soviet Union or Eastern Europe go deeper, they realize that the most interesting stories to be told are about Ukraine here.

When Mayhill Fowler wrote more about theatre in the late imperial and early Soviet periods, she realized — who was doing the most innovative things and tying into the global trends? It was the Ukrainian theatre. If you turn the story inside out like that, it tells a lot beyond the traditional frameworks.

Postcolonial thinking is productive insofar it's one of many perspectives. There are Ukrainian aspects that don't fit in with the postcolonial narrative, but if we exclude it entirely, we don't get a full understanding of the power dynamics at play.

One can see the relations between Moscow and Kyiv as an attempt not only to colonize but also to assimilate.

For Ukrainians, it is sometimes very hard to accept the borderland metaphor because it feels like a trope for the lack of agency. Borderlands means buffer zones, which nobody wants to be as it has to do with the fight of big powers, and you are just a territory for the fight.

We should not necessarily ask a question — borderlands of what? Ukrainian lands were not just borderlands between the Russian and Habsburg Empires. The picture is more complicated. It is when the borderlands themselves become a centre of movement combining many agents and influences.

On Borderlands as Innovative Space

Borderlands are some of the most innovative spaces that can move in different directions at once and where the most encounters happen.

We can find lots of stories in the 19th century. Michał Czajkowski, who represents a Ukrainian school in Polish Romanticism, wrote about the death and rebirth of Poland, then he went to Turkey, where he adopted Islam and became a Pasha. Then he came back to Kyiv and adopted Orthodoxy. He combined everything — maybe one day he would also become Jewish.

One more person is Ahatanhel Krymsky — an heir of Crimean Tatar who emigrated to Rzeczpospolita and converted to Christianity. Krymsky opens up Ukrainian historiography to the east — he talks about Turkey in a more objective way, than Ukrainians were talking about it before.

These folks are moving among the contexts. If we just tell the story of Ukraine between the Habsburgs and the Russians, we don't get the diversity of these life stories.

The imperial boundary runs through what is today the territory of Ukraine, so the intellectual exchange was going across. People on both sides were observing how the empires on the other side work. The two imperial administrations were, in turn, taking ideas from each other while being concerned about how the other one is working.

In the Russian pro-Kremlin historical discourse there is still the idea that Austrians invented Ukrainians. The Austrian bureaucrats were also terrified that the Russians tried to create Ukrainians in Galicia to undermine the empire.

In reality, Russians were interested in turning the Ruthenians [former ethnonym of the Ukrainian people] into Russians.

Austrian writer of the time Leopold von Sacher-Masoch, who was born in Lviv, used the term 'Russisch'. Did he mean Russian or Ruthenian (= Ukrainian)?

Slippage in the terminology came from a lack of first-hand familiarity. This is how the Ukrainian experience can benefit from understanding a broader approach to imperial history. Bureaucrats made decisions thousands of kilometres away, not knowing first-hand what they were talking about.

Who were they getting their information from?

How were they learning about what was going on? In the case of the Ruthenians that was mostly coming from the Polish population living there.

When the Periphery Comes to the Centre

We can think about centre-periphery more productively. Peripheral can happen to anyone in any number of ways. You can be peripheral not simply geographically, but in terms of your class status, linguistic groupings, or gender.

It is interesting how the periphery comes to the centre. For example, ideas of the absolutist monarchy were coming through Ukrainian intellectuals and forming the Russian Empire which would later destroy Ukrainian autonomy.

It's hard not to think about the Soviet experience in some ways too. Ukrainians rise through the Soviet ruling apparatus and shape the way that the Soviet Union functioned, especially in its later decades.

Retelling the Story of the 20th Century

It is fruitful to study Ukrainian leftist movements — the Ukrainian version of communism with Khvylovy and Skrypnyk, the socialism of Vynnychenko. That was different from the Russian approach. Ukrainian one was more decentralised, focused on the cooperative movements and it was not really thinking of the proletariat's dictatorship.

One way to break the logjam is to retell the story of the 20th century, integrating Ukraine into that story and not giving the monolithic Soviet narrative.

Recently published English translation of the memoirs of Myroslav Marynovych [Ukrainian dissident, a founding member of the Ukrainian Helsinki Group] recentres the human rights dissidents' story which is so often told through an exclusively Russian lens.

We are imprisoned with two major Russian dissidents — Sakharov and Solzhenitsyn. The latter came up with the reestablishment of the old Russian imperial thinking, which is not really understood by Solzhenitsyn's fans in the West.

Ukrainian human rights movements showed how you can think about individual and national emancipation simultaneously.

In this sense, you can make the patriotic discourse human rights-focused and not antiliberal as we have it today.

The dissidents' heritage is still powerful in Ukraine.

What is emerging is taking the regionality of Ukraine seriously through disaggregating its cities that have particular cultures. That is going to be productive for breaking out of a dominant way of thinking, that all Ukraine is Galicia — "Ukrainian Piedmont" — and everything else.

This can be perceived through the perspective of Italian city-states which were trying to develop their republican way of thinking, but it was possible only in terms of thinking about city-states.

On Empire, Nations and Ukraine

Ernest Gellner's idea was that imperial urban centres serve as the forges of new national ideas and group identity. When you come to the metropolis, you are alienated by not being part of the dominant group. Yet, having opportunities to interact with others, you come up with new ideas for your own nation.

It is important to go beyond the simplistic view that nations are against empires. The Habsburg Empire was trying to be a federation of national kingdoms.

Contrary to the narrative that the Habsburg Empire was always on the verge of collapse, it was incredibly innovative in dealing with the federation of peoples, trying to connect people to the centre, creating layered loyalty.

Vienna was an intellectual centre for natives of western Ukraine in the 19th century, who came through the city and its university. It was a site where they meet others from the empire and Europe more broadly. Barbareum — a centre for Greek Catholic theology in Vienna downtown [founded in 1774] — played a role in different ways since then. It exists up until today and is still a Ukrainian coworking.

More broadly, Vienna became a magnet for studying Central and Eastern Europe. In 1982 the Institute for Human Sciences was founded to bring together thinkers from Eastern and Western Europe. Later, after the fall of the Iron Curtain, sustained dialogue all across Europe was needed.

On What Ukrainian History Has to Offer

It's impressive how much work the Ukrainian archives have done in recent years and how they continue to be a gift to researchers.

Now it's time to start re-evaluating the accepted narratives about earlier centuries. We can think about how the Counter-Reformation was shaping Ukraine as a political, cultural space. For example, the intellectual currents within the Orthodox Church in the 16-17th century.

We were thinking about how to apply broader trends to Ukraine. What if we reversed that? What if we said what's happening in Ukraine changes how we think about the Counter-Reformation?

Contrary to only thinking about Italy, Germany, France, the story isn't complete until we bring Ukraine into it.

There's a body of literature on the Uniat Church in the Russian Empire and how it's eliminated. There's a body of literature on the Greek Catholic Church in Galicia and how it became a national institution. There's absolutely nothing that connects the two halves. That's because we as historians have passively accepted models imposed by the empires. What happens if we step back and question them?

There is so much to do in the future about the past.

Crimea: a Fresh View on its Past and Present. A Podcast with Rory Finnin

In this month’s episode of our Explaining Ukraine podcast, we look at major events in Ukraine in February 2021.
PODCAST
January 20, 2022

Ep. № 65 How Russia uses disinformation as an instrument of war - with Olga Tokariuk

In our new episode of the “Explaining Ukraine” podcast, we analyze how Russia is using disinformation, misinformation, and propaganda to support its actions against...