No Freedom Wanted: What Anti-Western Actors in Ukraine Are Saying About the Protests In Belarus

August 31, 2020
Ukrainian anti-Western media and opinion leaders are using the news from Belarus to reinforce the point that the Revolution of Dignity in Ukraine has led to a loss of sovereignty 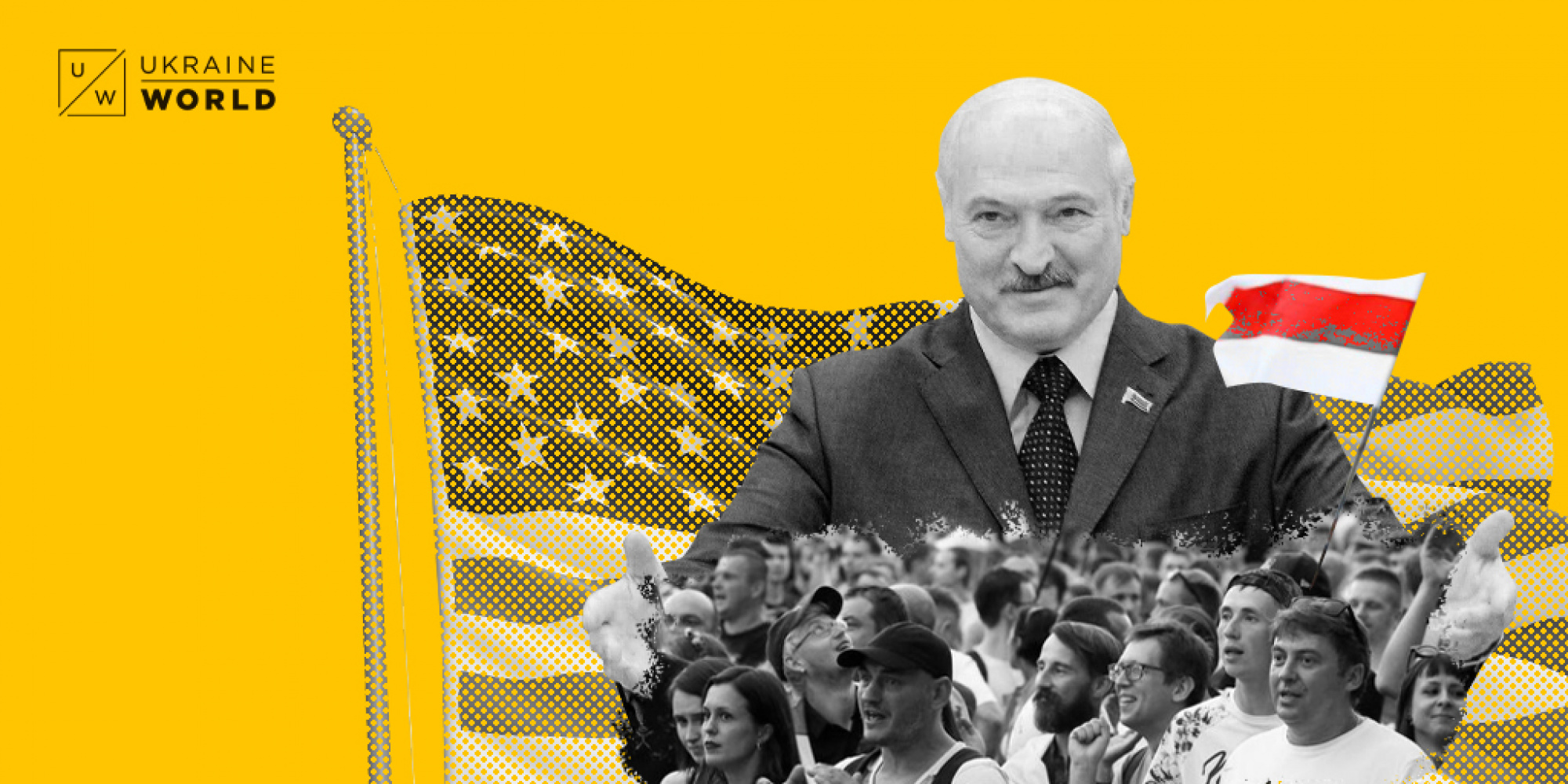 Belarus has always been a special country for Ukrainians since the collapse of the Soviet Union. The two former Soviet republics chose very different paths at the beginning of the 21st Century. While Ukrainians were able to break away from the authoritarian political culture cultivated by the country's second President Leonid Kuchma, Belarussians have had to endure 26 years of Alyaksandr Lukashenka's presidency so far.

At the same time, Ukraine and Belarus have rarely had any disputes or rivalries. For years, Belarus has been among the top 5 destinations of Ukrainians travelling abroad. Belarus has a soft spot in the hearts of those people in Ukraine who are nostalgic for Soviet times. Belarussian food products and machine-building have always been valued in Ukraine. Alyaksandr Lukashenka was the most positively perceived foreign politician in Ukraine in November 2019. There is a persistent element of Ukrainian political culture which believes that Belarus has been successful because it has embraced its Soviet legacy.

This sentiment is what anti-Western media and opinion leaders are drawing and building upon. Let's take a look at several narratives they have come up with.

Some anonymous Telegram channels have tried to assert that the West is orchestrating the protests in Belarus. For instance, the Telegram channel Ten' na Pleten' (A Shadow on the Vines) writes that "the puppeteers can't do anything without Tsikhanouskaya, they need her as a formal pretext [to take control over Belarus]... We can see how the Belarussian version of Juan Guaidó is being made from Tsikhanouskaya ," the channel argues.

Zhenshchina s Kosoy (A Woman With a Scythe), another anonymous Telegram channel, also writes that the West is using Tsikhanouskaya as a puppet to bring down Lukashenka and establish external governance over Belarus. "The West wants to 'demolish' Lukashenka, but not in order to organize new elections, but rather to make Tsikhanouskaya the President of Belarus," a post on the channel reads.

Meanwhile, anti-Western actors are also using the protests in Belarus to reinforce the point that the Revolution of Dignity in Ukraine has led to a loss of sovereignty.

Yuriy Molchanov, a Ukrainian journalist and frequent guest of Medvedchuk-controlled TV channels, said on 112 Ukraine that "no regime change is worth destroying the country." Molchanov argues that the West used Euromaidan to establish external governance in Ukraine and warns the citizens of Belarus against revolution. Andriy Palchevskyi, a politician who is currently running for mayor of Kyiv, also stated that neither revolution in Ukraine has brought any good changes for the people.

Ihor Huzhva , the editor-in-chief of strana.ua, wrote on Facebook that the people of Belarus "want an alternation of power and a right to peaceful protest like in Ukraine." Huzhva elaborates on this and writes that there has been no alternation of power in Ukraine, since all the government decisions since 2014 have been controlled by external governance. It thus does not matter that Zelensky won the presidential elections in 2019, Huzva writes, as external governance is still pushing him to continue Poroshenko's policies.

"There is no alternative to Lukashenka"

Over the course of his 26 years in power, Lukashenka has imprisoned or exiled most of his political opponents. Several of his opponents over the years were disappeared, and it is still unknown whether they are dead or alive. Anti-Western actors now point to the absence of a Belarusian opposition to say that there is no politician in Belarus who could potentially replace Lukashenka.

The Telegram channel Klymenko Time concluded that Lukashenka is the only person who can protect Belarus from the influence of foreign actors. "We want to emphasize that we DO NOT support Lukashenka, even though we may worry about the future of Belarus out of some selfish motives relating to Ukraine's interests. However, who can** show us a suitable replacement , a person who at this moment will lead the country without surrendering its sovereignty to global actors ?" the channel writes. According to Klymenko Time, the argument that Lukashenka had incarcerated everyone does not work, for they"cannot see any viable candidates among those who were imprisoned**."

"Lukashenka is the legitimate president"

While anti-Western actors are trying to distance themselves from Lukashenka and trying not to support him openly, another popular sentiment among them is that Lukashenka is still the legitimate president, despite the falsified elections.

Oleksandr Dubinskiy , an MP from the Servant of the People party, and Vadym Rabinovich , one of the leaders of Opposition Platform — For Life, published identical posts of Facebook saying that Lukashenka was right to act harshly against the protesters, and that Ukrainian government should learn from his actions. Both MPs are known for their anti-Western rhetoric and often speak against the Maidan.

Dmytro Spivak , a politician, commentator and TV anchor on _112 Ukrain_e and NewsOne, argued during his show Subyektyvni Pidsumky (Subjective Results) on NewsOne that "Lukashenka won the elections even though he wrote in 80% [support for himself]." "Lukashenka surely won these elections. Maybe he did not have 80% of the votes, some of them were 'drawn in.' But he won! 58%, 60% [of votes] maybe. It does not matter," Spivak argues.

"Belarussians have a higher quality of life due to dictatorship"

In the same show on NewsOne, Spivak argued that Belarus has two options to choose from. "On one end lies high-quality roads, very decent healthcare, clean and renovated schools and kindergartens, and an absence of corruption on the lower level. On the other scale is some kind of freedom. Not an easy choice. We [Ukrainians] do not have schools or hospitals, but we do have plenty of freedom, or I would rather say anarchy," the anchor asserted.

Strana.ua published articles with a similar message. In one such article, the author compares wages as well as expenses in Ukraine and in Belarus and claims that Belarussians have a higher quality of life despite being in an authoritarian country...Hence, looking at the wages and prices, one can't really say that Ukraine's 'democracy' is any better than 'dictatorship' in Belarus," the article argues.

Anti-Western actors in Ukraine (some of them linked to pro-Russian politician Medvedchuk and his information channels; some linked to some oligarchic circles, some to the Yanukovych entourage) have been extensively pushing the message that Ukraine is under "external governance" from the West. We can see that the same narrative is being pushed with regard to the Belarusian protests. These anti-Western actors often defend authoritarian rule and deny that democratic protests (like the Ukrainian Maidans or Belarusian protests) are organic and borne from authentic domestic grievances.

Vitalii Rybak
analyst at Internews Ukraine and UkraineWorld
Next article

Which Way Will Post-Lukashenka Belarus Go?

Read a new issue of bi-weekly newsletter with monitoring of Russian activities and influence in Belarus to know more.
VIDEO
February 18, 2019

Bots have become a major component of information warfare in social networks. We explain how to recognise bots and stay aware of disinformation campaigns. This video...