A Two-Front Battle: How Ukrainian Military Women Are Fighting For Equality

March 10, 2021
Ukrainian military women have played a significant role in defending Ukraine since the beginning of the war in Donbas. But they still face lots of challenges, stigmas. 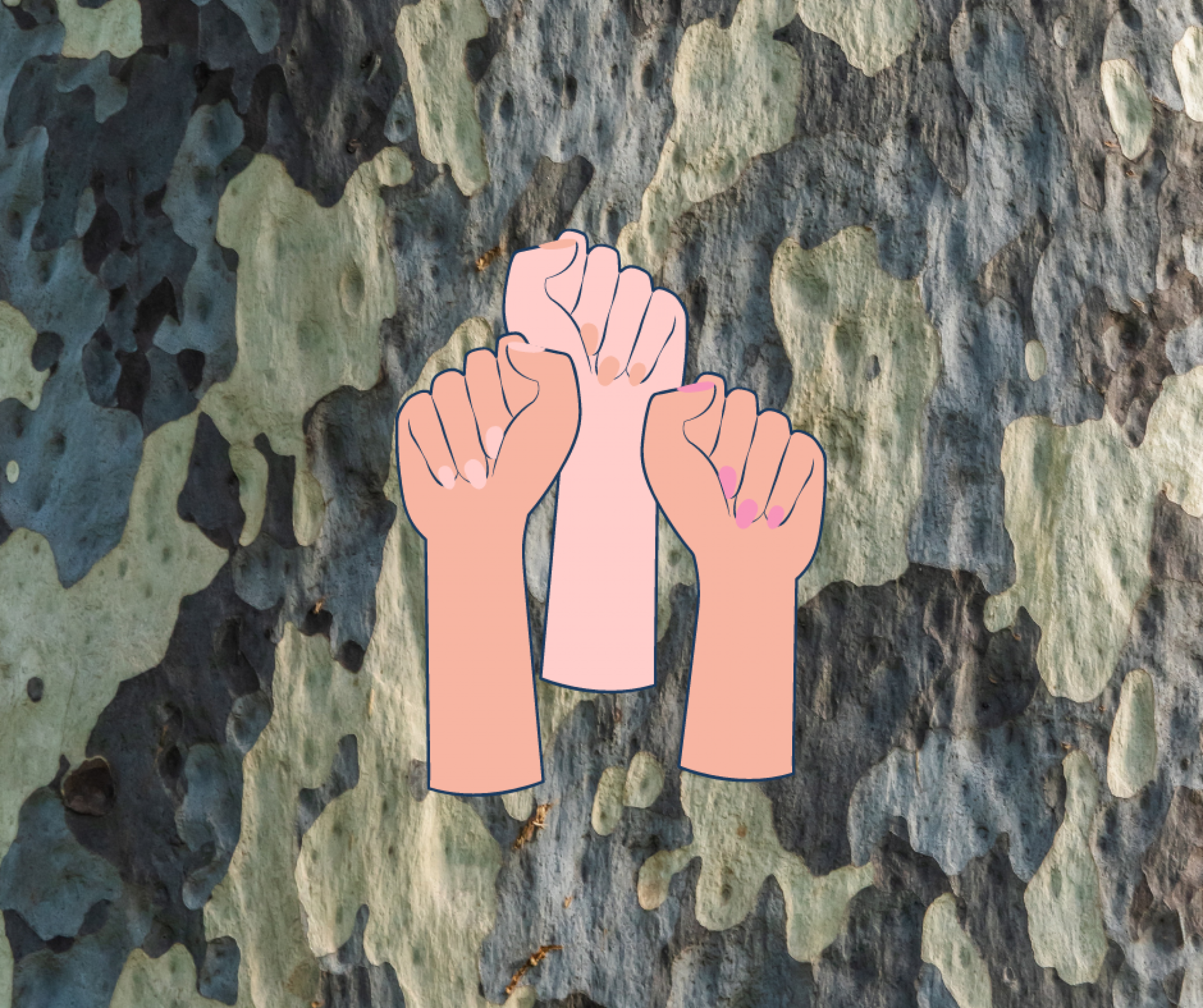 As of March 2020, 29 760 women were serving in the Ukrainian Armed Forces (UAF). Among them were 902 senior officers. The latest data from March 2021 shows that women currently constitute 11 per cent of all service members in Ukraine's Armed Forces, and women constitute 10 per cent of those involved in military operations in Donbas. Since the start of the Russian invasion of Eastern Ukraine in 2014, they have taken on all possible roles in the army and volunteer battalions, serving as paramedics, grenadiers, snipers, machine gunners and more. But this was not the case until a few years ago.

A LAW TO HELP EQUALITY

Before 2014, the women who joined the military were mostly those from military families or special military settlements who saw military service as a "natural" path that would also provide some social benefits, and perhaps help them find a husband with a military background. This motivation has in great part changed with the need to defend the country's sovereignty from Russian aggression, but not completely.

While men were mobilized to the frontline, from 2014 to 2016 women went to fight for Ukraine as volunteers.

Tangible changes followed with the adoption of law № 2523-VIII on equal rights for women and men in the army in 2018, initiated and pushed for by the Invisible Battalion advocacy campaign and its co-author, war veteran and civic activist Maria Berlinska.

It provided women access to all military ranks and positions, equal responsibilities and rights in the military service, "except as provided by legislation on maternity and childhood protection and the prohibition of discrimination on grounds of sex". For instance, the law repealed the ban on assigning women to day-and-night shifts if in compliance with legislation on maternity and child protection.

Lt. Olena Bilozerska, a former sniper  in the UAF, agrees that the law, signed by then-President Petro Poroshenko, was a crucial step towards gender equality in the military. "Personally, without the law, I would not have been able to hold the position of commander of a self-propelled artillery platoon from 2018 to 2020," she tells UkraineWorld.

Military veteran Andriana Susak heads the Women's Veteran Movement that tries to help and strengthen women veterans and represent them correctly in Ukrainian society through educational and social projects. She says that the legislative changes have opened up opportunities for women "to develop professionally". "Of course, a complete reform of the recruitment system is needed for the quality and capacity of Ukraine's defense establishment, which would change the view not only of women and of gender equality, but also strengthen the prestige and professionalism of the army", Susak explained to UkraineWorld. 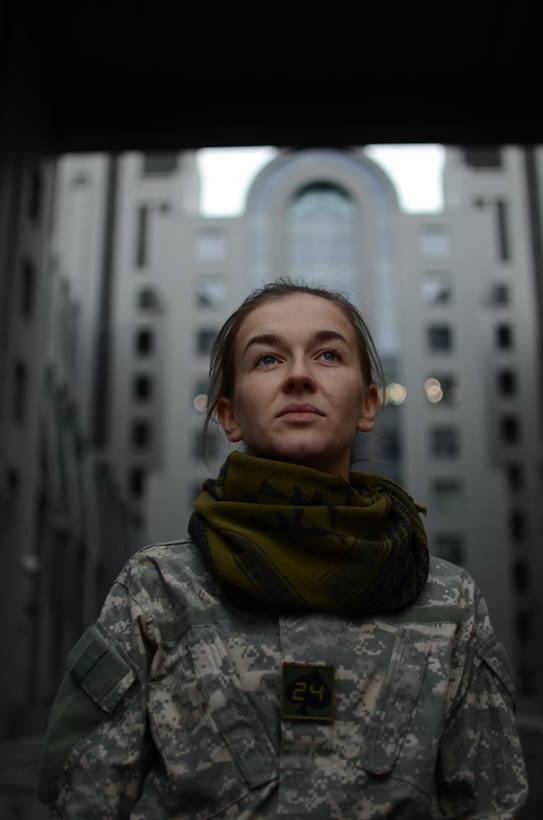 Nonetheless, equality has not been fully accepted in day-to-day life in the Ukrainian army, where the majority of personnel are men. Practical conditions add to the bigger inequality issue since they are not well-adapted for women. In addition to the occasional lack of properly-sized uniforms and footwear, Bilozerska notes that "there is no standardized uniform for women - the ones that are issued have to be re-tailored to the female figure".

But the biggest challenge is the persisting stigma and stereotypes, often reinforced by women themselves. Yana Zabara, who serves in a mechanized brigade, joined the UAF in 2015. She tells UkraineWorld that the law on the protection of motherhood and childhood sometimes makes men in the military perceive women as "special" because "they do not do all the work that men do". "Sometimes it is very difficult to make people behave professionally. I often encounter a certain familiarity with women", Zabara adds that this attitude is often encouraged by some women themselves.

The fact that many women are still brought into military service through their personal contacts and bring no real desire to do military work does not favour equality, Zabara explains.

This is a major drawback of the increased popularity of military service among women in Ukraine, Lt. Olena Bilozerska told UkraineWorld. "As servicemembers started to receive a fairly high salary, many non-military women who could not or did not want to fight have joined the army to do paperwork while officially holding combat positions". Bilozerska says this creates an "impression that not all women in the army are at war". Another issue that contributes to this is the lack of staff to deal with the overload of paperwork, as she explains, so commanders are forced to appoint women as clerks.

Another serious obstacle to equality for women in the army is the constant choice between service and motherhood, according to Lt. Bilozerska. "It is impossible to hire a nanny on a salary of a Ukrainian servicemember, and if a woman gives birth and does not have parents to take care of her child, she is forced to leave military service". She recalls that some of her sisters in arms were so desperate that they tried to offer to create informal daycare in the military units.

Parental leave is something that frustrates many women who want to make a career in the military.

"Some [women] come to serve to go on maternity leave almost immediately, since, by the law, they cannot be fired, and get paid for three years. In general, if a commander encounters this, he loses the desire to work with women, and he will try not to take them into his unit", explained Yana Zabara, who has served in the UAF since 2015. Moreover, many military women agree that three years of absence is often too long of a time away from duty makes it hard for them to continue their careers. But to turn this obligation into a right in practice, Ukraine must also help increase women's financial resources to enable them to pay for babysitters or private daycare. 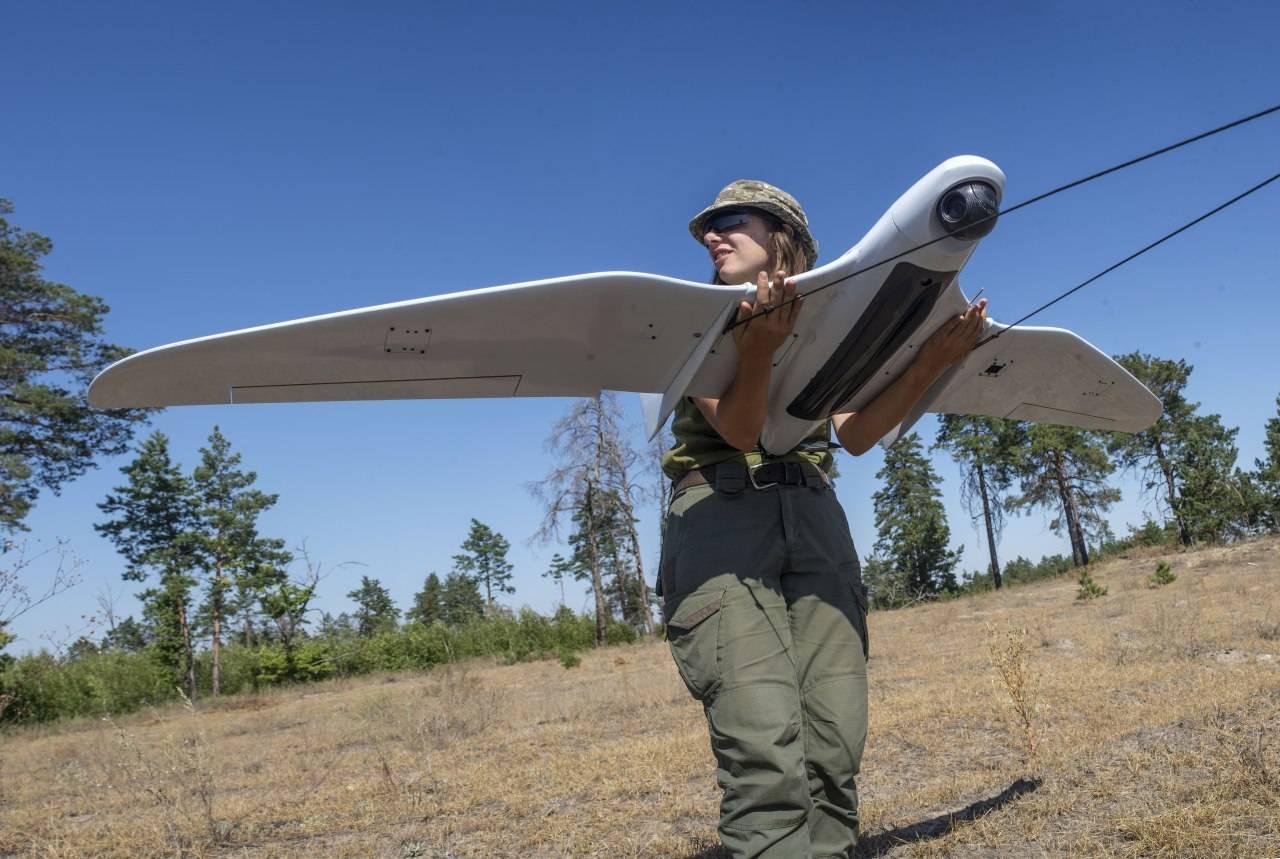 What's more, male servicemen cannot go on parental leave during their service in the military, though it is allowed in peacetime. But this inequity is not exclusive to the military.

Even in civilian life, parental leave for fathers is still highly unusual (though less so in recent years), as only three 3 per cent of men in Ukraine have taken it.

In fact, 83 per cent of Ukrainians think that a woman's most important task is to take care of family and children, according to a 2020 survey by the Rating Group. This raises many obstacles to women's equality with men across Ukrainian society.

There are more than 10 000 women participating in military operations in Ukraine today.

In contrast to just a few years ago, military women and veterans are not perceived as unusual anymore. However, the Soviet-style misperception of women veterans and soldiers as those whose primary role is limited to motherhood and or to someone to be protected by men is still rooted in the public image.

Andriana Susak, head of the Women's Veteran Movement, says that this is slowly changing. She argues that the 2018 law has helped break down public misperception of women soldiers and veterans in Ukraine. "After all, society is coming to an understanding that a woman is not a member of service staff, or that she can only be a paramedic; that a woman, on par with a man, performs military functions," she explained. "Women veterans are a proactive part of civil society, thus showing our society successful examples of such women, and showing that they need to be respected and cooperated with."

The social perception of military women in Ukraine has naturally altered due to the reality of war in the East, argued Lt. Bilozerska.

"Women went to the frontline and proved that they can fight no worse than the boys. In my opinion, someone today who says that women cannot fight is perceived as a kind of hopeless retrograde."

With the progress made towards gender equality in the Ukrainian army and beyond, issues of everyday life issues are still forcing women in the military to fight on two fronts. While defending the country from Russian aggression in Donbas, they combat stereotypes and stigma on their own side. Yana Zabara sees no way to change that in the near future. But, she concludes, "everything that happens within my team, I can fix myself".

This article is published as part of a project to promote independent digital media in Central and Eastern Europe funded by the National Endowment for Democracy and coordinated by Notes from Poland.

Public Discussion: Is the Kremlin Preparing a New War against Ukraine?

The story of Artem Hurtovyi, a Ukrainian soldier who died in Lysychansk, Luhansk Region. Artem is survived by his wife Daria and one-and-a-half-year-old twin daughters.
VIDEO
January 13, 2021

Woman With Disability Campaigns for a More Inclusive Dnipro

How do people with disabilities try to make Ukrainian cities more inclusive? Our new video submitted within a contest for regional and citizen journalists supported...