What’s Behind the Flare-Up in Eastern Ukraine?

April 10, 2017
On January 29, the fighting in Avdiivka, a town in eastern Ukraine within Ukrainian government-controlled territory, seriously escalated. 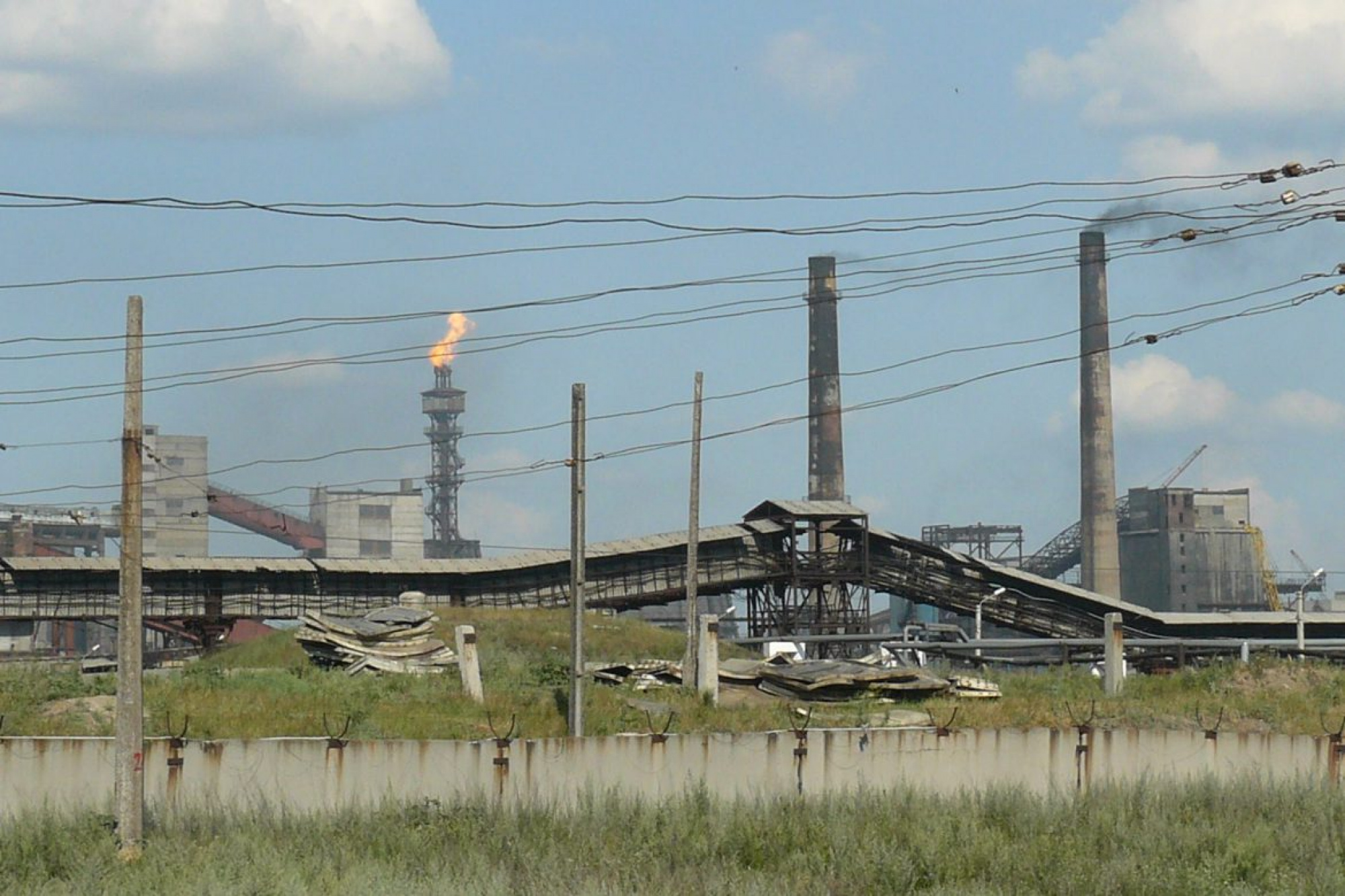 The fighting began close to the demarcation line and six kilometers north of Donetsk (see map), and continued until at least February 3. According to official reports, thirteen Ukrainian soldiers were killed and 93 were wounded since the fighting intensified. Three civilians were killed and one wounded, and a British journalist was wounded and later operated on in the Dnipro hospital. Heavy shelling from the separatist-controlled territories also affected nearby residential areas. The town was cut off from electricity, heat, and water supplies, and repairs could not begin immediately due to continued hostilities, despite the brutally cold temperatures.

Now Avdiivka is slowly recovering. Water, heat, and electricity were finally restored on February 6. The Ukrainian government-controlled side's response to the shooting targeted Donetsk and its suburbs; the city also suffered from cuts in water and electricity supplies, which were restored on February 6. Hostilities also escalated near the towns of Mariupol, Mariinka, Opytne, Pisky, Popasna, and others. The OSCE Special Monitoring Mission to Ukraine reports of a drastic, unprecedented increase in the number of ceasefire violations within the Avdiivka-Yasynuvata-Donetsk airport triangle since January 29.

We examined the key factors, both global and local, that might help explain the current escalation.

Russia's war game: The war in eastern Ukraine was originally provoked by pro-Russian and Russian military groups in the spring of 2014 in reaction to Ukraine's Euromaidan protests. Since then, Russia has maintained considerable involvement in the Donbas. Although Russian President Vladimir Putin's press secretary Dmitry Peskov denies Russian participation and says that the Donbas fighting is an "internal Ukrainian conflict," overwhelming evidence indicates Russia has a military and political presence in the Donbas. Even such a cautious institution as the International Criminal Court mentions the "existence of an international armed conflict" in eastern Ukraine.

Today, the Kremlin increasingly uses tensions in the Donbas to influence Ukraine's internal politics by increasing a sense of war fatigue, polarizing public opinion, and weakening the current pro-Western government.

Minsk deals questioned: The current escalation comes at a time when the Minsk agreements are at their weakest point since 2014. In Ukraine, the Minsk agreements are unpopular among the public, but the government's official policy is to fully observe them while demanding that the security component be implemented before the political one. For Russians, deadlocks in the Minsk process move Moscow farther away from the lifting of sanctions. Moscow might therefore want a better deal. Russia and its proxies escalated hostilities in both 2014 and 2015 prior to negotiation of the Minsk agreements in order to get a deal on Russia's terms—in a "coercion to peace" approach—and the same thing may be occurring now.

Trump-Putin talk: A phone call between US President Donald Trump and Putin on January 28 failed to result in the lifting of sanctions. The escalation that occurred in eastern Ukraine the very next day could be a warning signal to Trump that security in eastern Ukraine is in Putin's hands, and he can make things worse if sanctions are not lifted.

Artillery war: Although the Minsk agreements required that heavy weapons be withdrawn to thirty kilometers from the contact line, this has never been fully met. The current Avdiivka episode, however, is a serious escalation; heavy weaponry has not been used to this degree for months. One tragic aspect of this escalation is that the war is taking place in densely populated areas, and in many cases the military units are located in cities, including residential regions. Shelling to Avdiivka, for example, has been done from residential neighborhoods in Donetsk; the counter-attack, therefore, is targeting Donetsk's residential areas. Additionally, the Avdiivka attack targeted municipal infrastructure (water, electricity, and heat) in the middle of winter.

Hybrid ceasefire: Despite the Minsk agreements, a complete ceasefire never took place in the Donbas; the "hybrid war" also produced a "hybrid ceasefire." Local clashes have been reported practically every week. Avdiivka is not the first case of a large-scale violation with many deaths; in late December, there was an escalation on Svitlodarska duha. And these days, the war is back at many other points along the front.

Russian munitions: Pro-Russian and Russian forces are using weapons supplied through the Ukraine-Russia border. The border is not controlled by Ukraine; moreover, Russia "allows" the OSCE to monitor only two checkpoints, in violation of the Minsk deals. The separatists' ability to continue the conflict using heavy weaponry and sophisticated technology can only be explained through the continuous supply of armaments from Russia.

Ukrainian maneuvers: Christopher Miller, a correspondent for RFE/RL, writes in his coverage that "since mid-December, Ukraine's armed forces have edged farther into parts of the grey zone… shrinking the space between them and the separatist fighters." The Ukrainian side, however, responds that its troops were not violating the Minsk agreements, as they were not crossing the demarcation line and were moving inside government-controlled territory. Moreover, maneuvers from both sides and the eventual clashes with light weaponry were taking place practically continuously since the Minsk deals. What makes the Avdiivka situation different is that pro-Russian separatists responded with heavy artillery and Grad shelling, with rockets targeting not only military but also civilian targets.

The strategic Donetsk-Horlivka road: Another important factor is transport. Avdiivka is a strategic town that may be the weakest point in the DNR forces' defense. Some military experts say that control over the Donetsk-Horlivka road, which goes through Avdiivka's suburbs, is essential in the current circumstances—in particular, for improving Ukraine's defense capacity. The new positions taken by the Ukrainian army are located in government-controlled territory under the Minsk agreements, but are considered a strategic challenge by Russian-backed separatists. This explains why the separatists tried to attack Ukrainian positions and eventually used heavy artillery to push the Ukrainian army back.

Akhmetov's role: Rinat Akhmetov, one of Ukraine's most powerful oligarchs who has been called the "master" of the Donbas, still has business interests on both sides of the demarcation line. Akhmetov has coal mines in the separatist-controlled territories, and steel and electricity power plants in the Ukrainian government-controlled areas. He owns the Avdiivka coke factory, which is a key asset for Ukrainian steel production. At the same time, the administration of the self-proclaimed Donetsk People's Republic still includes people linked to Akhmetov like Dmitry Trapeznikov, Alexei Granovsky, and Maksim Leshchenko. Akhmetov might play a role in brokering deals across the frontline, but could also be a target for those who consider him an obstacle.

These factors all point to the sad reality that the settlement of the conflict in eastern Ukraine is still a very distant goal. There are numerous factors that provoke new escalations, both international and local. Despite Russia's repeated denials of involvement in the conflict, Moscow started the war in the spring of 2014, it has sustained it ever since, and it still holds the keys to end it.

The article was originally published at Atlantic Council website.

Why Asking For ‘Painful Concessions’ From Ukraine is Wrong

Story #13. Surviving the blockade and occupation of Slavutych

This is a story of surviving the blockade and occupation of Slavutych.
VIDEO
February 12, 2021

What Changed In Crossing The Frontline During The Pandemic

Quarantine restrictions became a challenge for Ukrainians crossing the line to and from the occupied territories. Watch our video from the checkpoint in Stanytsia...