What Price Did Ukraine Pay for Prisoner Exchange?

September 9, 2019
A historic exchange of prisoners between Ukraine and Russia took place on September 7. Thirty-five Ukrainians were released from Russian prisons and returned home. Amid joy and relief, many wonder what price Ukraine paid for their freedom. 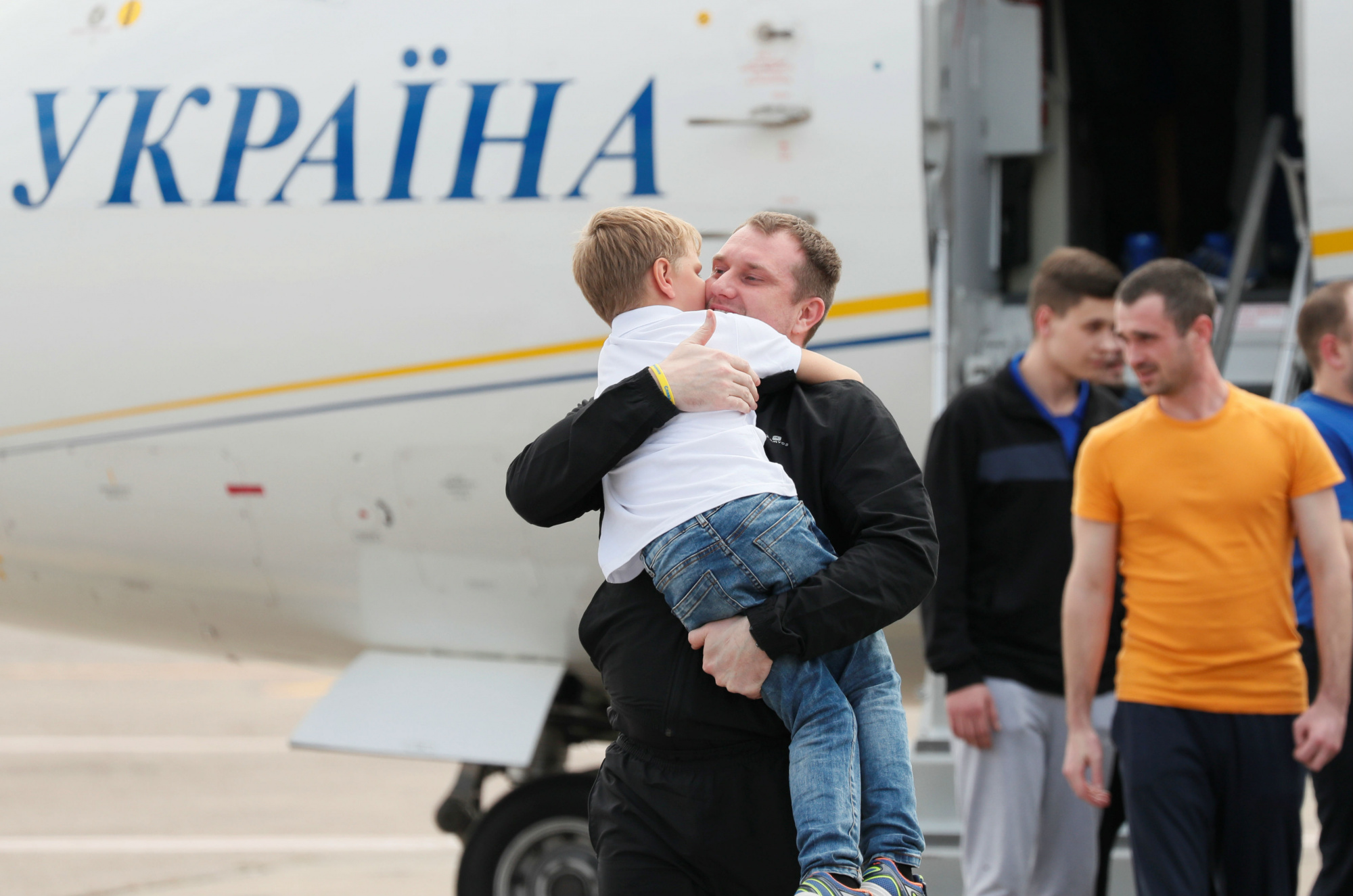 After years of no progress and weeks of uncertainty, a plane with 24 sailors, illegally captured by Russia in the Kerch Strait in 2018, and 11 political prisoners, including film director Oleg Sentsov, landed at Kyiv's Boryspil airport. The list included the youngest political prisoner Pavlo Hryb, who was abducted in Belarus, as well as one Crimean Tatar, Edem Bekirov, both of whom were seriously ill. The long-awaited return brought tears not only to the eyes of their loved ones but also to many Ukrainians who rooted for their liberation.

In spite of the jubilation, many Ukrainians fear Russia will benefit the most from the exchange and the remaining Ukrainian prisoners in Russian and Crimean jails will soon be forgotten, since Russia released some of the best-known names such as Oleg Sentsov and Pavlo Hryb. Human rights defenders worry that this release, however crucial it may be, can turn attention away from dozens of other Ukrainian captives in Russia and the occupied territories. The exchange process skipped Crimean Tatars except one, as well as more than two hundred prisoners in the Donbas. And in Crimea, the situation is getting worse. "The number [of political prisoners] is increasing and will continue to do so while Crimea is occupied," analyst Halya Coynash told UkraineAlert. Those in prison there include Crimean Tatar civic activists and journalists whom Russia wants to silence.

According to Ukrainian officials, there are over 110 Ukrainians still imprisoned in Crimea and Russia, and at least 227 held hostage by the Russian-backed militants in the occupied Donetsk and Luhansk regions.

There are over 110 Ukrainians still imprisoned in Crimea and Russia, and at least 227 held hostage by the Russian-backed militants in the occupied Donetsk and Luhansk regions

Who did Ukraine give up to get 35 POWs and political prisoners? Ukraine handed over a range of criminals, some of whom were involved in terrorist activities against Ukraine, served as militants in the so-called Donetsk and Luhansk People's Republics, or accused of treason. Among them, Volodymyr Tsemakh sparked the biggest debate both in Ukraine and in the EU. Tsemakh was a former defense commander with the self-proclaimed Donetsk People's Republic who was seized by Ukraine's Security Service in June and thought to be one of the most important witnesses and a suspect in the downing of the MH-17 plane in 2014. Prior to his release, Dutch investigators from the Joint Investigative Team had called on Ukraine's President Zelenskyy to prevent the handing of Tsemakh to Russia. However, on September 5 the Ukrainian citizen was freed from custody and included in the swap list.

Later, Dutch Minister of Foreign Affairs Stef Blok confirmed that Ukraine postponed the exchange so they could interrogate him before he departed to Russia. It is difficult to estimate the value of Tsemakh's testimony to the investigation when he knew Russia requested his release. But why would Putin demand Tsemakh, who is a Ukrainian citizen suspected in the downing of MH-17, if he denies Russia's part in the tragic accident?

After meeting the 35 newly freed Ukrainians at Boryspil airport, Zelenskyy claimed they would approach "the liberation of all [Ukrainian] people and continue the separation of troops within the Minsk process" which will be finalized with the end of war.

But Ukrainians realize that nothing comes easy or free with Russia. The price for miracles might be much higher than a suspect in the investigation. Given the value of international support for Ukraine, this exchange might have worrisome geopolitical consequences for the country.

Given the value of international support for Ukraine, this exchange might have worrisome geopolitical consequences for the country.

Ukraine's former Deputy Minister for Foreign Affairs Danylo Lubkivsky warns against lazy thinking; under no circumstances should anyone fall for the line that Moscow is a benefactor manifesting good will. "It is naive to expect Russia to make concessions for peace," he said. "Moscow is trying to implement the formula 'peace in exchange for blackmail,' an explosive phenomenon for the whole of Europe," which would "open the way for further aggression," Lubkivsky notes.

“It is naive to expect Russia to make concessions for peace”

Fears for Ukraine's loss on the international arena grow from the secrecy of the process. In a comment to the Atlantic Council, Matviychuk said: "It is difficult to comment on the concessions Zelenskyy made when we know nothing about the content of the agreements. What's behind the curtain? Implementation of Minsk under the Russian scenario? Sanctions? Putin's return to the Big Seven?" It will soon be clear.

But now is a rare occasion to celebrate the return of men Ukraine has been working to bring home for years and forget politics. At least for a day or two.

Ukrainians will choose the next Verkhovna Rada on 21 July. We have listed key parties which will fight for the places in the parliament.
Belarus
April 7, 2021

Read a new bi-weekly newsletter with monitoring of Russian activities and influence in Belarus to know more about the issue.