May 13, 2022
We prepared an interview with one of the representatives of Ukraine Defenders. A non-profit dedicated to providing humanitarian relief to Ukrainian people. The team of highly trained, specialized professionals deliver life-saving care and resiliency training to the Ukrainian people impacted by the ongoing Russian war. 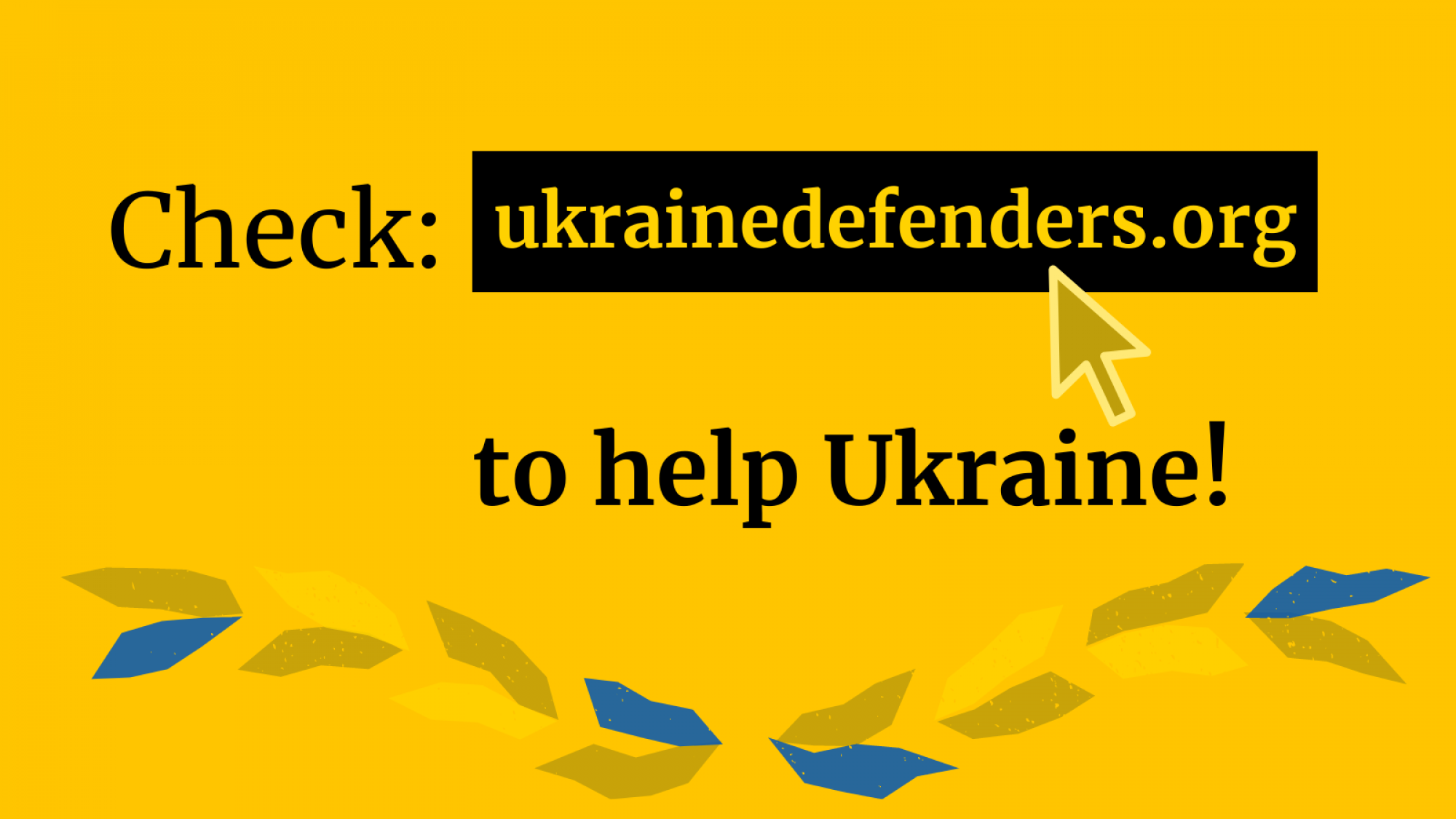 Background experience of one of NGO’s founders:

M. (the name of NGO’s representative in this article) is an American, who has been working as a security professional for over a decade. He also worked in NGOs coordinating volunteers.

This is how Ukraine Defenders started its operation

When the full-fledged Russian war against Ukraine started (February 24th), M. immediately decided that he wanted to help in some way. He saw a video of a rocket or missile impact in Kyiv that showed the immediate aftermath. There was a civilian woman whose leg had been severed by the explosion, but she was still alive and conscious. In the video, a couple of "territorial defense" volunteers arrived on the scene. The video ended there, but he was quite certain due to her injury and the fact that the first responders had no medical equipment, she likely died from blood loss in the following 2 minutes.

That woman actually could have survived the injury if she or those territorial defense first responders were properly equipped and trained for that scenario.

The area of assistance M. was looking to target was the time from a traumatic event (air strike, rocket attack, explosion, sniper, urban combat etc.) to what they would call "secondary care", meaning ambulance pick up and treatment in a hospital away from the scene of the traumatic event. The way to target that time period is with what is commonly referred to as Tactical Combat Casualty Care or TCCC. TCCC can be applied by the victim themselves if they are conscious, or the first responder (civilian "Territorial Defense", police, small military units, or regular civilians). TCCC requires specific trauma medical equipment and training on how to use that equipment. This is the area where M. knew that they could have an impact, and these were the people that he knew his team could target. As soon as that first 100 kits were on the ground, the next 100 were on order. As a result of their success, another friend and his contacts who were looking for a way to help became involved with their group. They assisted in setting up a 501c3 non-profit organization and a website so that people could donate to the initiative. And that is what brought Ukraine Defenders to where they are today. NGO has delivered med kits and other items to Kyiv, Cherkasy, Bucha, Irpin, Odesa, and various places on the eastern front.

Formation of the team

The team first included M. and his close friends: former language teacher, her husband, M’s wife. They were all communicating and wanting to do something. They were all going in sort of the same direction, so they naturally combined their efforts.

They didn’t even really consciously think about forming a charity, they just wanted to get critical equipment in as fast as possible.

Later, М. found out that two of his colleagues were also interested in doing something and they were looking for options. One of his colleagues had connections with his friends back in the U.S. who were experienced in creating non-governmental organizations and legal entities in the U.S., bank accounts, and creating websites.

The most valuable team members in this story though were really Ukrainians. His friends in Kyiv and surrounding areas were joining territorial defense units and fighting for their homes. Others had set up in Lviv and started creating logistical chains and connections with other people to physically get equipment from the west of Ukraine to the east and south.

This is how Ukrainian’s needs were covered

In the beginning due to M’s work and experience in combat zones, he knew what Ukrainians would need. Then as they sent things forward, they asked what items were most helpful and M’s team adjusted from there. For example, they sent a few solar panels as kind of an afterthought really. One of their Polish team members suggested it at the last minute as they were expecting a delivery of med kits. They added it to the pile and went back to raising money. The guys in Ukraine called and said that those were really popular because they were using them in checkpoints to charge phones and other communications devices. M. didn’t really think about it, but the checkpoints were constantly changing so there is rarely any electricity. This highlights how valuable being able to talk to guys and the recipients of the equipment directly is. The feedback was critical because they wanted to be effective and use the money as wisely as possible.

The greatest challenge Ukraine Defenders had to deal with

According to M., the toughest part is raising money, as there are a lot of charities out there and big organizations with huge staff numbers, trucks, and major donor outreach programs and they have already established name recognition. They have mountains of money so they can pay staff and pay for advertising and other outreach efforts to generate more donations. Ukraine Defenders is a small group, and everyone is volunteering, so they have to work around time constraints etc. Ukraine Defenders are also building trust with their donors and trying to get that trust to expand to new donors.

The greatest supporters of the initiative

Ukraine Defenders’s biggest supporters are regular Americans. At this point, it’s a grassroots effort. The NGO would love to get support from one of these funds that celebrities have donated millions of dollars to, but that is difficult because they don’t know the right people. M. was amazed and so grateful to those donors that they have. A large group of small donors who really care can really add up to a significant amount of money.

“Ukraine Defenders haven’t reached its goal yet. NGO will reach it when the Russian military is destroyed, and Ukraine is free. We support peace, but not at the expense of one centimeter of Ukrainian territory or one Ukrainian life. Russia is an aggressive, fascist, and expansionist state and they must be stopped. They will not stop themselves”, M. sums up.

You can donate here to help the cause: ukrainedefenders.org

How Russia’s war against Ukraine is wrecking the Russian economy

Donbas is an integral part of a shared Ukrainian and European heritage. In our new video produced together with the Ukrainian Institute, we explain why.