August 17, 2022
The story of Nina Biletska, who kept a diary during active hostilities in Chernihiv. 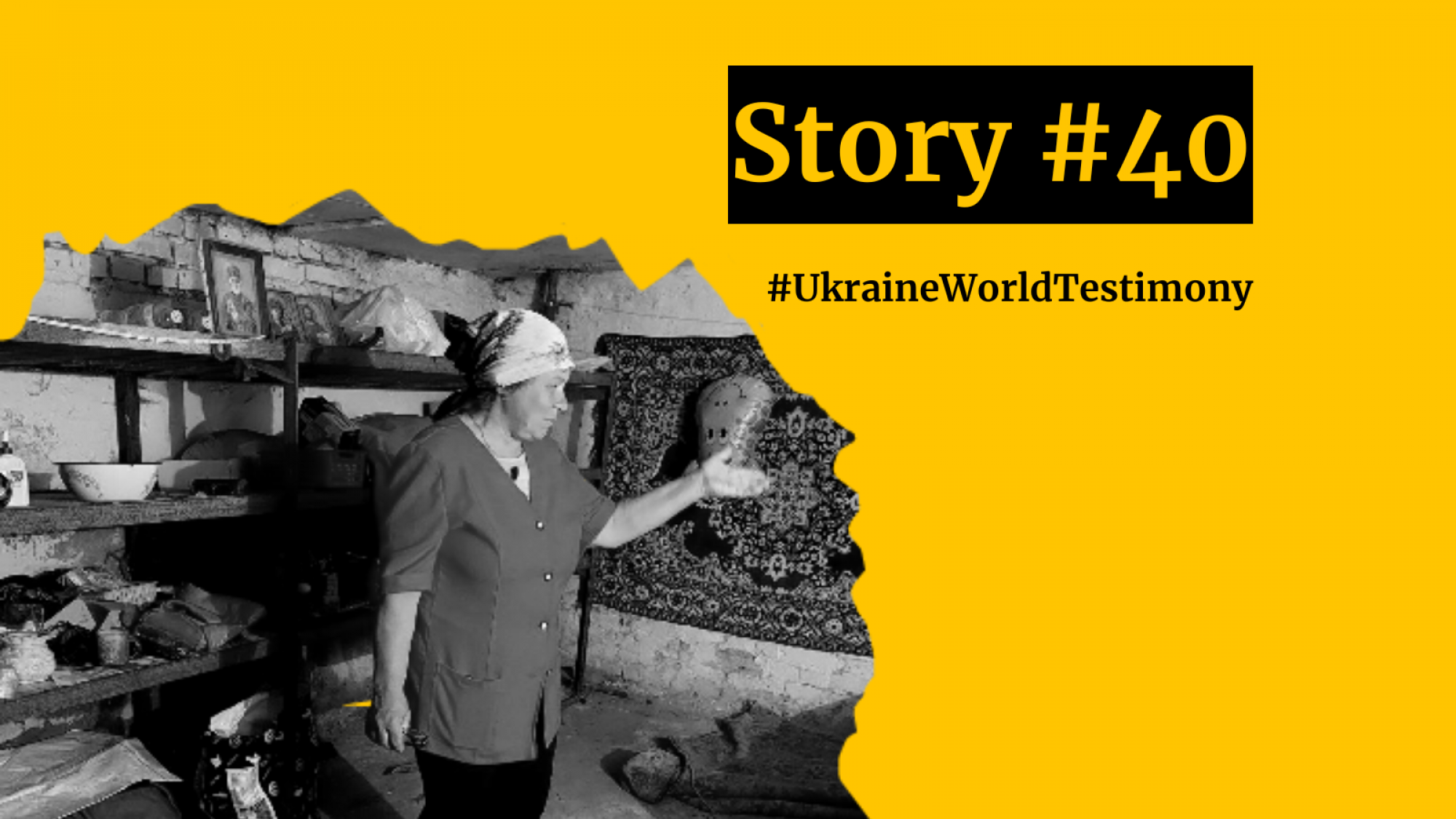 The war began at 4 o'clock in the morning. This insidious, murderous war. Russia went to war against peaceful Ukraine. First, they bombed all the military facilities, and then residential buildings, schools, and kindergartens.

And when our military began to fight back, the Russians began killing civilians. We are sitting in the basement: 2 children, 3 old ladies and 2 adults who are helping us survive in this terrible time.

March 7. Our military repelled enemy attacks all morning. Then there was a break. There is no electricity, no gas, no Internet. There is no connection with the outside world. It is the 12th day of the actual war.

Half of the city is destroyed, Novoselivka is destroyed. The city center is destroyed. People who have the opportunity to leave do so. The Russians are standing in Rivnopillia between the houses and hitting our districts. Lord, when will this all end?

On the night of March 9, 10, and 11, Kukushanka, Rakhmatulin, Malinovskyi, Shevchenko, Kryvonos areas were bombed. Houses were burning in the distance. The stadium was bombed on the evening of March 11.

The Russians are destroying the city step by step. They destroyed one district and took on the next. Russian soldiers have a very distorted idea of the truth. Only a few realize that the Ukrainian people are not their enemy.

On the night of March 12-13, a women's dormitory was shelled, women and children were killed. Many houses on our street had broken windows, and one house burned down. Shelling continued all day, a bomb was dropped on the military base at night.

March 14. Sasha is cooking borscht, and Vika is cooking porridge. Shelling continues in the Kukushanka, Odintsov and Malinovsky areas. There is probably no living space left. I'm very scared for the children. But they are having fun and not paying attention to these explosions.

We have not been able to go outside for 4 days. Shelling continues from early morning to late evening. Yesterday evening, a plane bombed a nearby street, houses were burning and poor people were screaming.

March 17. On Dotsenko Street, people stood in line for bread. They were hit by a shell, 15 people died, many were wounded. On March 18, shells hit a high-rise building.

Today, Sasha went to the apartment. He brought the children ice cream, for which they had been asking St. Nicholas for several days. We were not bombed from planes that night. God grant that the next night will be the same. During the lull between shelling, we clean up the yard a bit, trim trees, and collect fragments.

Presidents of Russia and Belarus, damn you. May you experience what my Ukrainian people are experiencing now. May you and your children be frightened by every noise, and may no money help you. May you live in a dungeon like rats.

Today is already April 1. The night was quiet, there was an explosion somewhere far away. It has been raining all day, so we collect water in all the empty vessels. Neighbor Masha came by and entertained us with her stories. Perhaps for the first time we feel at least a little safe and calm.

People say that Russian fascists are retreating bit by bit. God grant they go away and never come back.

April 2. Today is the first day of silence. No bombs, missiles, grads or shells. Vika and I chopped firewood, and the neighbor repaired people's windows. Volunteers brought food. But there is still no connection with the outside world.

On April 8, the children went to their apartment and stayed the night there. The next day, Sasha drove by, and we drank coffee. The kids finally got their phones charged and we learned more about the horrors of war. It is simply impossible to forgive.

Roman Nitsovych, Research Director at DiXi Group, told about the impact of the war on Ukraine's energy industry.
VIDEO
January 24, 2018

Enthusiastic pupils from a so-called "green school" in Ukrainian village sort waste and in this way contribute to the preservation of the environment. Our new grassroots...