Famine And Memory: 10 Things To Know About Holodomor

Russian Blackmail In The Council Of Europe?

November 22, 2017
The Council of Europe (CoE) could become the first European institution to lift sanctions imposed on Russia by its Parliamentary Assembly (PACE) for annexing Crimea and military aggression in Eastern Ukraine. If this does happen, it would be a major blow to the defence of democratic values on the European continent, write Volodymyr Yermolenko and Sergiy Sydorenko. 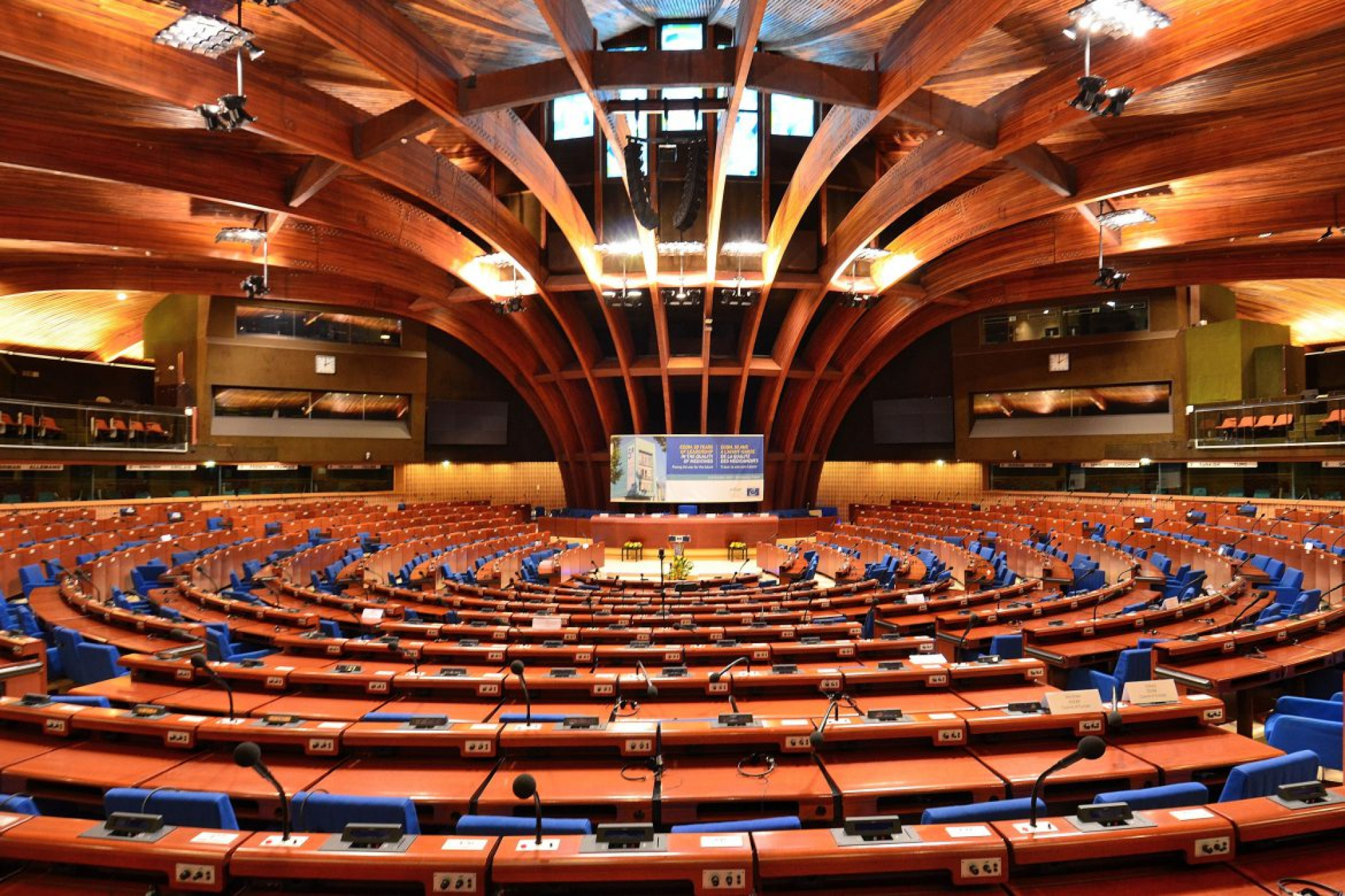 Volodymyr Yermolenko is an analyst at Internews Ukraine and the UkraineWorld initiative, and journalist at Hromadske.ua. Sergiy Sydorenko is the editor at European Pravda, a Ukrainian online newspaper.

Talks around restoring Russia's voting and other rights in the PACE are not new, but they have never been as active as they are today. While the EU and the US are keeping restrictive measures under constant public scrutiny, PACE has already taken some steps that are leading to the lifting of sanctions. The Kremlin has found an effective lever: it suspended two-thirds of Russia's membership fee to the CoE budget.

The loss of €20 million per year and threats that Russia will leave the CoE have become a game-changer. The organisation is close to compromising its values in response to Russian blackmail.

The CoE is the continent's leading human rights organisation of 47 states, including all 28 EU member states. It provides the European Commission with the only legitimate expertise on democratic standards all over the continent.

Russia has been under political sanctions from PACE since 2014: a number of rights of its delegation, including voting rights, have been suspended. As these limitations are to be reconfirmed annually, PACE prolonged them in 2015 and was ready to do the same in 2016. In response, Russia decided that it would not even provide a list of MPs for participation in the Assembly.

The CoE is now becoming a battlefield between advocates of "restoration of inter-parliamentary dialogue with Russia" and their opponents, who advocate that the organization should stick to its values and principles.

Russia did not fulfil any of the conditions listed earlier in resolutions adopted by the PACE for eventual lifting of the sanctions, nor does it show any willingness to do so. Multiple PACE decisions dating back to 2014 and 2015 require that Russia should "fully implement the Minsk Agreements", "immediately reverse the illegal annexation of Crimea"; "withdraw all its troops from Ukrainian territory"; "release all captives", etc.

In 2016 PACE reconfirmed that "only significant and measurable progress towards the implementation (of previous resolutions) can form the basis for the restoration of a fully-fledged, mutually respectful dialogue _(of the Russian delegation) _with the Assembly".

No significant progress took place in three years. There are no signs that Russia is intending to reverse Crimea annexation. Minsk agreements are not implemented even in their elementary security provisions, those of cease-fire.

Russia still provides military support to the so-called "DPR" and "LPR" in the Eastern Ukraine. Only a few captives were released, but over 50 Ukrainian citizens are held captive in Russia (the case of Oleh Sentsov, jailed for 20 years and facing torture and deprivation in the worst Gulag traditions, is an exemplary case – but it is far from the only one).

The recent kidnapping of Pavlo Hryb is an example of Russia striving to get even more political prisoners from Ukraine, raising the stakes for eventual political games in the future.

Despite all this, several PACE political leaders, supported by CoE Secretary General Thorbjørn Jagland, are pushing towards an unconditional renewal of 'business as usual' with the Russian delegation.

After several attempts to lift sanctions via direct voting failed, they came out with a new, sophisticated approach. Last October the Assembly adopted a resolution calling for "synchronisation" of sanctions imposed by the Assembly and by the CoE Committee of Ministers. The latter have no legal option to mirror PACE sanctions. Therefore, there is only one option left for synchronisation, namely, to lift all restrictions in the Assembly.

This road has not been passed yet.

The final decision should be taken in Strasbourg during a session of PACE – the next one is scheduled for January. MPs from all EU member states as well as from other CoE countries should decide whether the CoE is ready to compromise its values and abandon previous decisions in order to "bring stability" to the organisation.

Preparatory work is now underway. The discussion of Russia's credentials is planned for 24 November at a meeting of the PACE Standing Committee in Copenhagen.

Advocates of bringing Russia back have a number of arguments, varying from financial to dialogue-focused. The strongest one is the following: they say that if Russia gets no concessions from the CoE side, it could leave the Council of Europe, putting itself outside the jurisdiction of the European Court of Human Rights (ECHR), and 140 mln Russian citizens would become hostages of worsening human rights conditions in the country.

However, Russia has in fact already partly moved beyond the jurisdiction of the ECHR. In 2015, President Putin signed an unprecedented law allowing the Constitutional Court to decide whether to apply the rulings of international courts, including the ECHR.

Letting Russia violate CoE rules only to let it remain inside the organisation could open a Pandora's Box. This will enable the Kremlin to repeat its blackmailing strategy again and again and will open the way to other CoE members following Russian path.

All of this is very serious.

The Council of Europe is not the strongest institution in the world and has less impact on EU member states, but it still plays a very important role for non-EU countries. Recommendations made by the Venice Commission, an advisory body of the CoE, is a major reference point for Ukrainian legislation in the rule of law, anti-corruption or judicial reform.

Will there be any reason to talk about European values if this happens?

Volodymyr Yermolenko and Sergiy Sydorenko
An analyst at Internews Ukraine and the UkraineWorld initiative, and journalist at Hromadske.ua; the editor at European Pravda
Next article

Since its intervention in Ukraine, Russia has imprisoned around 118 Ukrainians on political grounds. We have listed the cases of just some of them for you to know...
VIDEO
October 4, 2018