Test for the Future of Ukraine: a View from War-Affected Mykolaiv

July 15, 2022
Russia still retains sufficient capacity to wage war against Ukraine. It can and should be stopped. 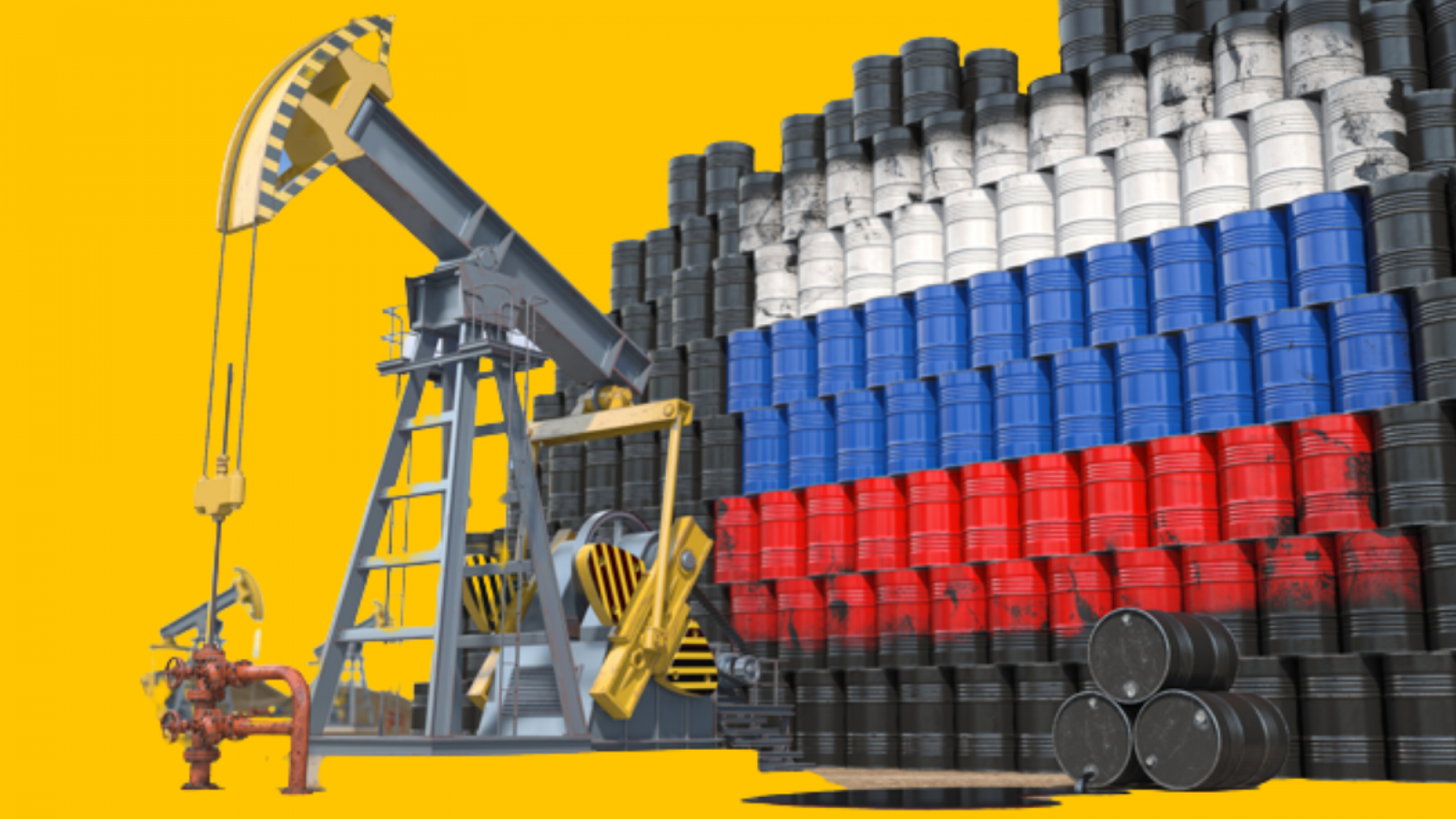 Despite serious losses in personnel, weapons and military equipment, and the growing costs of waging war, Russia still retains sufficient capacity to wage war against Ukraine. Given Russia's existing resource potential and the fact that its military and civilian infrastructure have not suffered significant damage, the projected drop in GDP in the range of 10-15% in 2022, it is clear that Russian leadership will continue its war against Ukraine, as evidenced by the Kremlin's recent declarations to that effect. Moreover, the revenues Russia receives from its energy exports in 2022 will be close to the record revenues of 2012 and 2013 (see Table 1).

Based on data from the Federal Customs Service, Rosstat, and the Central Bank of the Russian Federation

Oil and gas revenues have fuelled Russian aggression since Soviet times. Repeatedly during times of oil price peaks, Moscow has attacked its neighbors: Afghanistan in 1979, Georgia in 2008, Ukraine in eastern Donbas and Crimea in 2014. And now again with a full-scale invasion of Ukraine in 2022  under the guise of a "special military operation" (SMO).

Despite the sanctions introduced by the West against Russia, budget revenues from the production and export of oil, petroleum products, natural gas, and gas condensate in the first five months of 2022 have been 70% greater than figures from the same period in 2021. In fact, Russia has significantly profited from their invasion, as the war and resulting sanctions have caused the price of oil and gas to skyrocket. This windfall has endowed Russia with the cash to continue the war, and even to avoid skimping on the production and purchase of new weapons. Recent reports that Russia is allegedly planning to purchase armed drones from Iran indicate that Moscow has enough money to spend big on weapons.

The war has caused a boom for Russia's oil and gas sector, especially because Europe's oil embargo has not been fully enforced, and various schemes have been worked out to circumvent it. This is the result of the massive reliance EU countries had developed upon Russian hydrocarbons, and by the shared interest of Russia and Saudi Arabia as part of OPEC+ to keep oil prices high. Moreover, Gazprom's special operation, launched in the second half of 2021 to untwist the spiral of gas prices in Europe, continues quite successfully to this day.

Thus, in 2022, Russia will retain the financial ability to continue waging war against Ukraine, albeit with increased risks of economic decline and social discontent in 2023. This will not, however, be an insurmountable obstacle for the Kremlin, since they are prepared to prioritize military needs over economic ones.

At the same time, the direct and indirect costs of the "SMO" are growing exponentially. According to the Russian Finance Minister A. Siluanov, the war was costing Russia a total of 627 billion rubles per month in April, which works out at the average Russian Central Bank exchange rate to about $300 million per day. In daily terms, hydrocarbon production and export revenues averaged $395 million per day in the first five months of 2021. However, a June assessment by the American military analysis site SOFREP puts the figure of Russia's military spending at $875 million per day during May. Thus, Russia's costs are increasing, while the strategic goal of "SMO" is not being achieved. The growing disparity between the temporarily growing high energy revenues of the budget and military expenditures ahead of them will force the Russian Federation to spend more and more while reducing the opportunities to receive additional revenues, starting from the IV quarter of 2022.

This is why Russia is trying to punch holes in the sanction regimes being established by the West. At the same time, Russia is trying to weaken Ukraine as much as possible through the destruction of its military and civilian infrastructure, particularly by targeting critical energy infrastructure and food reserves. Russia is simultaneously provoking additional conflicts in its relations with Lithuania, Poland, Kazakhstan, and Moldova, which once again highlights Russian attempts to divert US and EU attention from the crisis it generated in Ukraine by setting fires elsewhere.

In this context, it is important to speed up the introduction of new restrictions and sanctions against the Russian Federation, which would minimize its foreign currency earnings  from its hydrocarbon exports. The US recognition of Russia as a state sponsor of terrorism is of great importance. Lithuania has started this process in Europe. This designation will allow a wider range of sanctions to be applied against Russia.

Another key mechanism for choking off Russian hydrocarbon export revenues is to introduce price restrictions on them, particularly for the Ural export mix, and later for natural gas. At the latest G7 summit, an agreement was reached on the feasibility of using this mechanism, and governments were asked to work out a detailed implementation plan.

Another option being considered is to place restrictions upon insurance for vehicles transporting Ural oil, particularly oil tankers, whereby vessels carrying Ural oil sold above a certain price cannot be insured by  the world's leading insurance companies. This mechanism can only work if it is applied by all global insurance companies without exception. However, it is obvious that Asia-based insurers could choose not to cooperate. Therefore, there would need to be an agreement within the G7 on punitive measures to take against  insurance companies which break from the policy.

Another alternative mechanism to limit the price of Russian oil would be to introduce a fixed price cap. A figure of $40-60 per barrel is being discussed for this price cap now. However, this avenue is hardly optimal. The latest official information on the price to produce a barrel of Russian oil, according to the Russian Ministry of Energy, was $15-45 per barrel at the end of 2021, which would likely leave a significant profit margin even at such capped prices.

The weighted average annual price of oil in 2016 was about $41 per barrel, and it was just below  $42 in 2021, reflecting the level that is currently proposed as a price cap. But these prices allowed Russia to earn $119.6 and $117.7 billion in those years, respectively (see Table 1 above), which despite being the lowest levels in the last 10 years, were still quite enough to finance Russian aggression in Ukraine and Syria, to send private military companies to Libya, Central Africa, Mali, Madagascar, and Venezuela, to conduct large-scale subversive activities in Europe and the USA, and to prepare for a new direct military invasion against Ukraine. So, a price cap in the range of $40-60 per barrel would lead to a reduction in Russian oil revenues, but would not cut them sufficiently to force Russia to cease its aggression against Ukraine. Thus, the lower range of the price cap range would need to be chosen.

Another alternative mechanism for limiting the world price of Russian oil would be a high import duty, applied by most countries of the world, which would reduce its market value to the required limit. This may seem quite logical, but it would only be successful if the whole world agrees to the approach, which is difficult to count on.

A more radical idea was also discussed at the G7 summit — the creation of a cartel of consumers from the OECD industrialized countries. This cartel could regulate prices not only for Russian Urals oil, but also for other types of oil. This cartel of prime consumers would be in contrast to the OPEC+ cartel of prime sellers, who are clearly abusing their dominant position on the global oil market. This mechanism would be revolutionary, but it does not appear that it can be implemented quickly. Negotiations could last years.

Given all this, the most optimal measure at this stage would be to introduce a price cap mechanism at the level of production costs, whereby no more than $15 of the current $100+ per barrel would go to Russia. The rest of the funds should go to support Ukraine. It would create a mechanism whereby Russian oil exports would finance de facto countermeasures against Russian aggression. The formula of RUSSIA + OIL = MONEY + WAR must be dispensed with once and for all.

Read a new issue of a bi-weekly newsletter with monitoring of Russian activities and influence in Belarus to know more.
PODCAST
April 23, 2020