Fighting For Equality: What Does It Mean To Be a Woman In Today’s Ukraine

March 6, 2018
Economic pressure might be the key way to force Russia to stop its aggression against foreign countries. But it is not working in full as it was planned to. Numerous companies and individuals find a way to break, openly or latently, sanctions imposed by the EU and US over Russia’s annexation of Crimea. Let’s look at them closely. 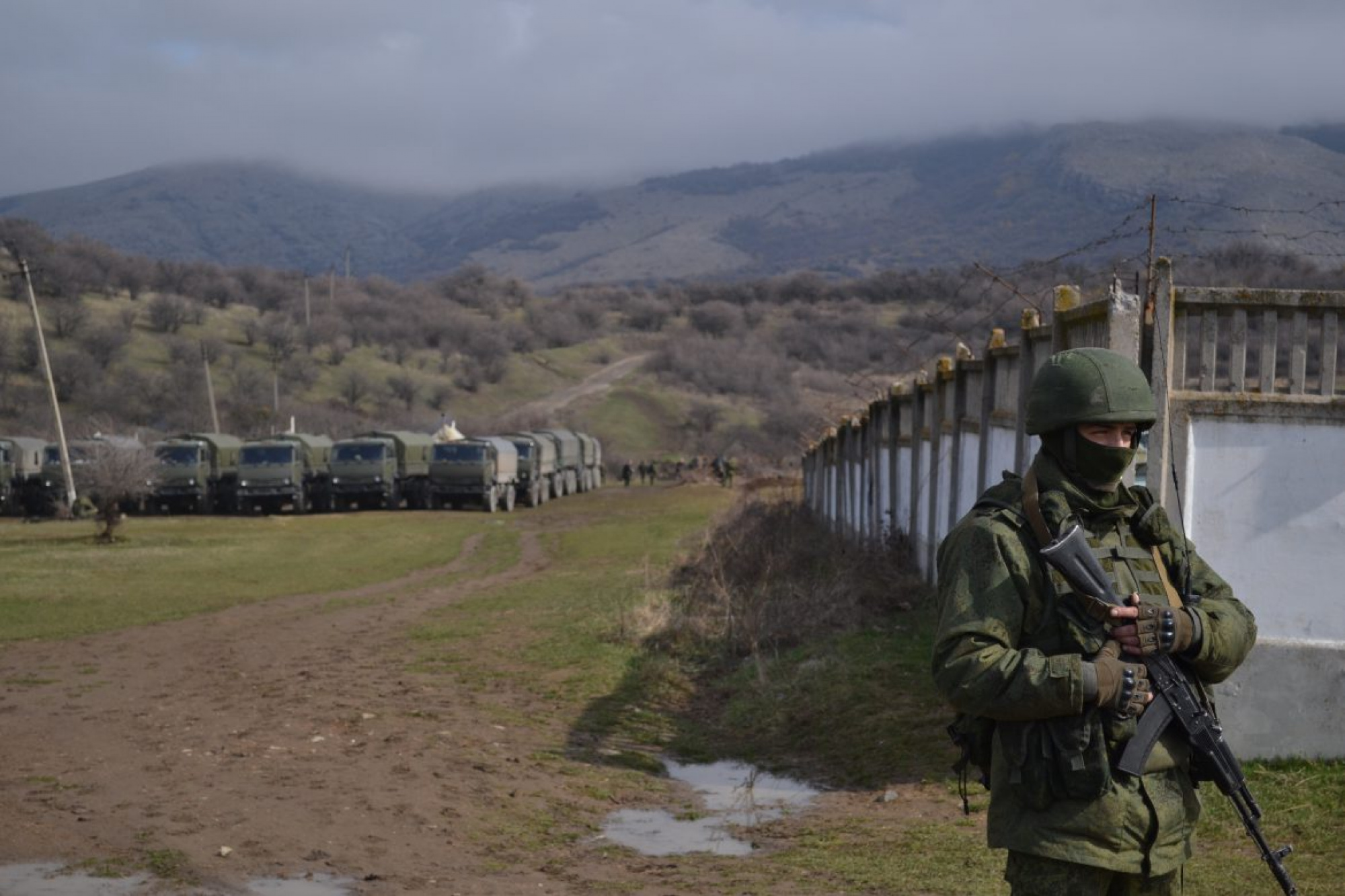 For some time now and successfully, numerous international companies have returned to Crimea and working with Russia, skirting the sanctions imposed due to annexation. Looking at recent analysis by Kharkiv Human Rights Group we see that, after the latest Siemens scandal, the company was not alone, and that MAN, Adidas, Metro Cash & Carry, Auchan, Volkswagen, DHL, Visa, and Mastercard are also among the companies establishing links with Russia's administration in annexed Crimea.

In 2015 Siemens' turbines, officially contracted for a power plant in Taman (Russia), landed in Crimea. Siemens got no penalties for breaking sanctions as a Russian court refused, expectedly, to seize them. A UK law firm commented on the case, noting that "EU businesses may become less willing to trade with Russian businesses for fear of appearing to facilitate the circumvention of EU trade restrictions." But practical subterfuge is helping some Western companies to avoid consequences and to work with Russia.

To get Visa and Mastercard back to Crimea, Russia created a National System of Payment Cards to transfer to Moscow all the internal Russian, and now – including Crimean, operations. The companies followed, finding excuses in fear of losing all the Russian market, which is dubiously possible.

Ukrainian journalists made a specific project to cover the issues of breaching sanctions in 2016-2017 called Crimea under sanctions, where the described cases range from conducting illegal mining of natural resources and privatization of property, to open contacts with European politicians and businessmen aimed at rebuilding trade relations with the seized territory. As happened in October 2016, when the Crimean media reported about the visit of an Italian delegation that included "members of the Italian Parliament, representatives of the executive branch, big businessmen, particularly representatives of the wine, agricultural and construction business in Italy." Similar visits from Turkey, Greece, Germany and other countries were widely reported by Crimean media outlets. These visits have the aim of showing that no sanctions are effective on Crimea. Moreover, Sergey Aksyonov, the so-called head and prime minister of the Republic of Crimea, said he will hide information about investors in Crimea because of the sanctions: "We will help everyone, we are ready even to close information, including about personalities and so on, we must understand the complexities of the international situation." The actual results of such visits are currently unknown.

Seaways are used to import and export to and almost everything from Crimea. The Ukrainian frontier police report that the process never stopped even for a day, despite the fact all Crimean ports were closed by the Ukrainian authorities back in 2014. During 2017 year alone 161 infringingvessels came to the ports of the occupied Crimean peninsula under the banners of 15 countries, with 68% of them coming under the flag of Russia, and the rest flying the flags of African countries. But we get the real picture when learning the nationalities of the ship captains: they come from Greece, Turkey, Egypt, Romania, Bulgaria.

Russian airlines continue to conduct regular flights to and from Crimea. These illegal activities also involve European Airbus and America's Boeing, who serve aircrafts engaged in illegal flights to the occupied peninsula, although European Organization for the Safety of Air Navigation banned European airlines from flying to Crimea back in April 2014.

Few of these cases actually get public exposure, the vast majority do not. It was hard to hide ship generators or plant turbines, which Siemens was selling to Russia and which then landed in Crimea. But everyday needs for products, communication, transport, bank services and entertainment, such as film distribution, for example, are fulfilled with the help of European companies, Ukrainian oligarchs (namely – Oleksandr Hereha, Ihor Shkirya, Oleksandr Prysyazhnyuk) and Russian politicians. Such a toy-like siege helps Russia to feel confident in the conducting of international politics, including breaking international agreements and waging wars against neighboring states.

Ukrainian journalists and activists see gaps in European law and the lack of political will in Ukraine as implied approval which enables Russia to economically exploit seized territory and to avoid the consequences.

"Practically the adoption of the law on the free economic zone in Crimea created a window of opportunities for Ukrainian business to register in Russia and remain in Crimea," comments Pavlo Kazarin, journalist and observer at Krym.Realii. "Inactivity from the Ukrainian side and the EU's weak position allow Russia to avoid sanctions."

Tamila Tasheva, coordinator of CrimeaSOS, insists that it is the responsibility of Ukraine to prove to the EU that sanctions do work. "There must be adequate reaction, investigations of the illegal actions in Crimea, and the facts of violations of sanctions are known both in Ukraine and EU," she says.

The drama and the complexity of the issue of Crimea sanctions is that in Russian rhetoric sanctions for annexation of the peninsula and invasion of Donbas were merged into one. As Crimea faded into the background, shed by the bloody war in the East of Ukraine, its destiny, at least in terms of sanctions, became somehow dependent on the Minsk Agreements.

"There is an absolutely real fear that in the event that Russia's backs down on Donbas, all the sanctions might be withdrawn, (including those imposed due to Crimea's annexation. – ed.). This shouldn't happen," adds Tasheva.

Pavlo Kazarin agrees that this risk does exist. "The majority of sanctions are linked to Donbas and the Minsk Agreements. Ukraine needs a stronger diplomatic position and to bring the issues of Donbas and Crimea together and demand to sanction Russia until both the territories in the East and the Crimean peninsula are back under Ukrainian control," he says.

However, while the prolonging and tightening of sanctions is important, it is also vital to closely monitor if they are respected, and which loopholes exist for cunning companies and politicians to get around them. Once these loopholes are detected, it is important to close them as soon as possible, in order not to undermine the credibility of the sanctions policy itself.

Anna Kyslytska
An analyst at UkraineWorld, an information and networking initiative
Next article

Vostok SOS regularly monitors the situation along the frontline of the Donetsk and Luhansk oblasts. Watch our new video to see how this NGO is restoring and democratizing...
VIDEO
March 11, 2022