Ukraine in a Worldwide Ecology Marathon

No Longer a Soldier: Ukraine’s Returned Volunteers Are Embracing Second and Third Careers

May 10, 2018
“Finding myself in Kyiv now, I smell blood and diesel from time to time. These triggers will always be there,” says Alina Viatkina, a paramedic for the volunteer Hospitallers Medical Battalion. “But you can’t lose control for three days every time. You are learning how to calm yourself: OK, this is the smell of blood. But you’re in Kyiv. There is no blood here.” 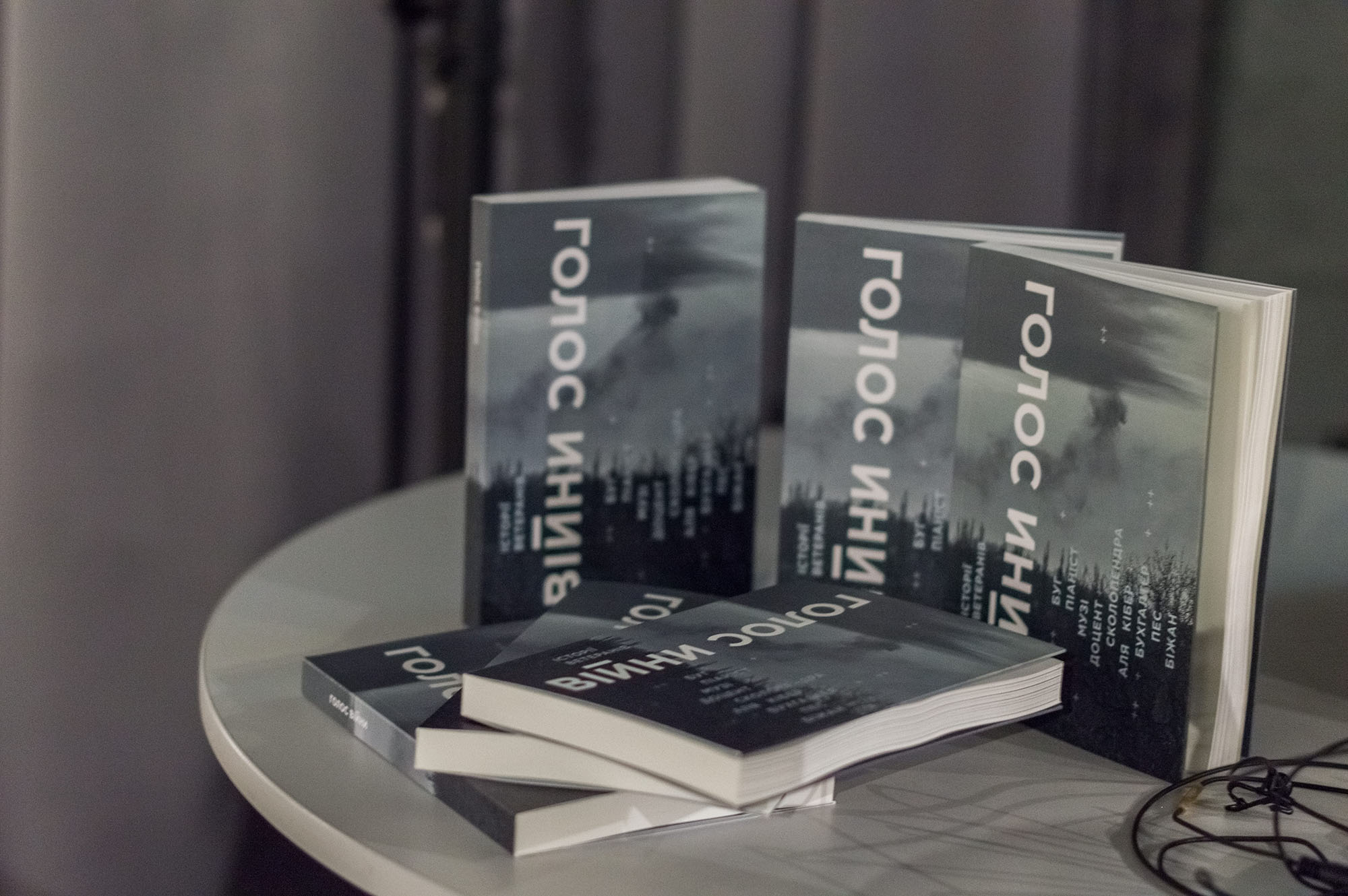 When Ukrainian fighters come back from the unfinished war in the Donbas, in eastern Ukraine, they must learn how to live in a different reality. Many discover their way and find new passions. They live their lives. They become successful businessmen, artists, actors, or scientists.

We interviewed Ukrainian war veterans who participated in the "Voice of War" social project, which trains them in writing skills.

"Why did you decide to write?" I asked them. The replies were different.

"Coming back from the Anti-Terrorist Operation Zone [the ongoing war in the Donbas], you feel the need to share your feelings. Only comrades understand you. The curiosity of other people lasts precisely five minutes or even less," shares Vadym Pavlovskyi, a sapper in the Ukrainian army. "When you've written about yourself out on paper, you feel relief. You've spoken out."

"When you're telling people about the war, they don't comprehend everything. But a book helps you feel and internalize these moments," adds Vasyl Antoniak, a volunteer soldier who is now writing his own book.

Another reason for writing is to debunk the myths about Ukraine spread by Russian propaganda. "My first novel was about an Israeli journalist coming to Ukraine with lots of myths about Bandera supporters [radical Ukrainian nationalists]. And she is seeing a different reality here," says Yurii Rudenko, a Ukrainian serviceman.

Many write to tell stories of those who were killed and cannot speak for themselves. Or they tell stories that are not widely known. "I wrote about my friends who were next to the border. They were effectively isolated," continues Yurii. "Truly heroic deeds happened there but nobody knows about them. Ukrainian journalists couldn't reach those places, while the Russians only reported the things they are OK with."

Writing is also a kind of art. "If we want a future generation to grow with love for Ukraine, we should offer them literature about life. First, I will write about the war because it's my experience. Then I want to write some science fiction," says volunteer soldier Bizhan Sharopov.

Family was another thing that supported the soldiers when they were back home. "Why don't we have any awards for women, the women who waited for their husbands, who managed to maintain good relations?" asks Vitalii Piasetskyi, a cyborg who defended Donetsk Airport in January 2015.

It's easier to adapt to civilian life when you have routinely returned from the war zone. "We were rotating. So it was easier when I was back from the war. There was a moment when I was there for three months without leaving. When I came back to Kyiv, I was very irritated by huge crowds. But everything was fine within a few days," Vasyl Antoniak, a volunteer soldier, says.

Vasyl is now an actor in a feature film. He is also a part of the crew, responsible for non-actors. He sees his future in the film industry.

Ihor Mykhailyshyn, a volunteer soldier who has a law degree, decided to study music professionally. He was playing music even in the war zone. "We stopped somewhere in Starobesheve, there was a military column with grenade launchers, and I played Bach on full sound speakers. The locals walked by wondering what was going on."

It's important to move on. As cyborg Vitalii Piasetskyi says, "I returned to work. Also, I go regularly to the gym. I'm keeping myself busy so as not to dwell on the negative stuff."

It's not easy to adapt to civilian life. Numerous fighters suffer from PTSD. Some committed suicide. But many managed to overcome all the related difficulties.

Some of the veterans have set up their own startup firms. Others are opening restaurants. There are those who go into business and into research and science.

These are people who have lost their fears and are now capable of many different things in their peacetime lives. They may become the foundation of a new Ukrainian society.

Editor's note: UkraineWorld has launched a three-part series, "The Voices of Ukrainian War Warfighters," that will be published weekly by UkraineAlert, Atlantic Council, first and then republished here by UkraineWorld. Part one is available here, and part two is here.

The Forgotten Faces of Those Left Behind in the Donbas

What are the results of the recent rounds of diplomatic talks around Ukraine/Russia? Is the West taking the right approach, and what can it do? Listen to our podcast...