Investigation of Sheremet’s murder one year after: 5 things to know

MH-17 flight downed 3 years ago. How much do we know now?

July 20, 2017
On 17 July 2014 — three years ago — Malaysian airlines flight MH-17 was downed over the war-torn Donbas. For many countries this tragedy has been a first serious repercussion of a war waging in Ukraine. Those responsible for the deaths of 298 passengers and crew members were still not found, even though many sides of investigation suspect Russia ties. 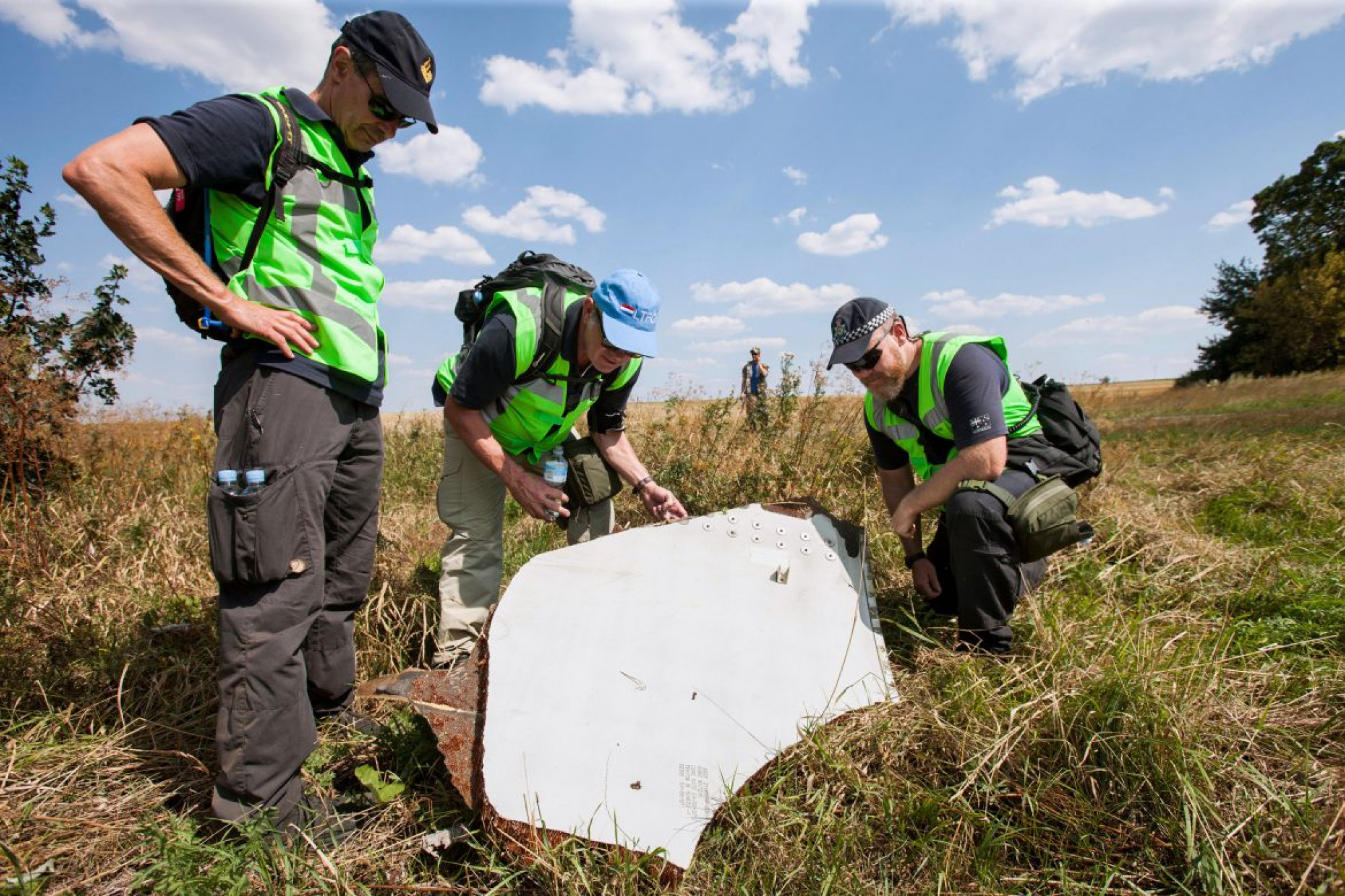 German Correct!v investigation agency was one of the first to study this tragedy in details. According to Correct!iv's investigation, flight MH-17 was approaching Russian airspace and was shot down around 40 kilometers from the Russia-Ukraine border. The study confirmed that MH-17 was shot down by a missile, and this missile was fired from the ground, not from Ukrainian fighter jet, as Russia claimed at the moment.

Bellingcat investigative unit has made one of the most valuable inputs into the investigation of this tragedy. Their newest report came out on 17 of July, on the anniversary of the downing. In this piece, investigators summed up all their recent findings.

"For six hours before the downing of MH-17, Ukrainians went online to discuss a Buk missile launcher slowly creeping through eastern Ukraine. […] It would eventually reach the location where the Joint Investigation Team (JIT) determined a missile launch occurred on July 17, 2014," the report reads. 'On the next morning after the downing, Buk reached Luhansk. It traveled a roundabout route through through Krasniy Luch, to Debaltseve, and finally to Luhansk, where it was filmed passing along Pavlivska-Nechuya Levytskoho St. The Buk was taken across the Ukraine-Russia border in the early hours of July 18," it adds.

Moreover, Bellingcat's investigators managed to identify a number of features and details of the Buk missile launcher that downed MH-17. "A particular Buk-M1 TELAR stood out, belonging to Russia's 53rd Anti-Aircraft Missile Brigade. This Buk left from Kursk, Russia on June 23 and traveled towards the Russia-Ukraine border, with a convoy last seen in Millerovo, Russia on June 25. This Buk, which was first dubbed "Buk 3×2" due to an obscured digit on the side of the chassis, has many similarities with the one seen in Ukraine on July 17," the report reads. All those suspected in this terrorist act are listed here.

Last year's report of the Joint Investigation Team (JIT) supports Bellingcat's conclusion about the Russian link. Wilbert Paulissen, the head of the Dutch National Detective Force, stressed on 28 September 2016 "there was conclusive evidence that a missile from the Russian-made Buk 9M38 missile system downed the passenger flight on July 17, 2014, killing all 298 people on board." However, the JIT did not name the suspects yet the way Bellingcat did. The investigation is still going on, as Russia continues to deny its involvement despite all the evidence.

So far there are no valid alternative theories, as Russia's attempt to blame Ukrainian army got blown by Bellingcat.

It is still not clear why Ukraine did not close its airspace over the Donbas in July 2017 completely. Tjibbe Joustra, the chairman of the Dutch Safety Board, underlined in 2015 there was sufficient reason to close the airspace as a precaution, but "the Ukrainian authorities failed to do so." Ukraine's foreign minister Pavlo Klimkin replied then that the Ukrainian authorities had been unaware that antiaircraft weapons were being used in the area. Moreover, Gennadiy Zubko, Ukraine's deputy PM, stressed that Ukraine "had been gradually closing all sky corridors of an altitude of 9,750 metres and less." However, that was not enough, as MH-17 was shot down at at a cruising altitude of 10,100 metres. Clearly, no one thought that civil plains were at risk.

There were also judicial matters to solve. On 5 July 2017, Bert Koenders, Dutch foreign minister, emphasized that the JIT countries have now decided that the suspects should be prosecuted in the Netherlands, and this process "will be rooted in ongoing international cooperation and support." This is important, given that the victims came from 17 different countries on five continents, Koenders says. The US welcomed this decision.

There is another problem. It is highly unlikely that Russia will recognize any decision of the trial. In 2015, it did its best to block the very creation of the tribunal. In this case, the trial will be held even with the physical absence of the suspects.

Meanwhile, families of the MH-17 continue to demand justice. They have held a protest near the Russian Embassy in the Hague to mark the three-year anniversary of the catastrophe, Hromadske reports. According to news piece by NOS, a memorial park bench in front of the embassy building was installed.

In Ukraine, MH-17 catastrophe is still a big deal. Many Ukrainian media mentioned the anniversary and gave updates on the state of the investigation. Ukrainian officials also remembered to honour the victims. For instance, President Poroshenko expressed his hope for the successful trial for those who planned and executed this terrorist act. Pavlo Klimkin, Ukraine's foreign minister, noted that the investigation is already "halfway there." "We want to know who pushed the button, who gave the order and what was the ultimate chain of command," he claimed.

So will the investigation be able to find those responsible for the downing of MH-17 plane? Is anyone in Russia's government connected to this crime? We might receive the answers in early 2018, as Liow Tiong Lai, Malaysia's transport minister, revealed.

Vitalii Rybak and Viktoriia Chernova
for UkraineWorld group
Next article

Ryanair cancelled its plans to enter Ukrainian market. Is this story over?

The anti-vaccination movement in Ukraine uses a non-transparent messenger for coordination.
PODCAST
March 11, 2019