Lost Treasures: How Ukraine Fights for the Return of Yanukovych Assets

From Soviet Union to Europe: Could Ukraine Still Become A Welfare State?

February 27, 2018
As a post-soviet state, Ukraine struggles in general to find a balance between a social policy targeted at improving the quality of life and harsh reforms which would stabilize the national economy. 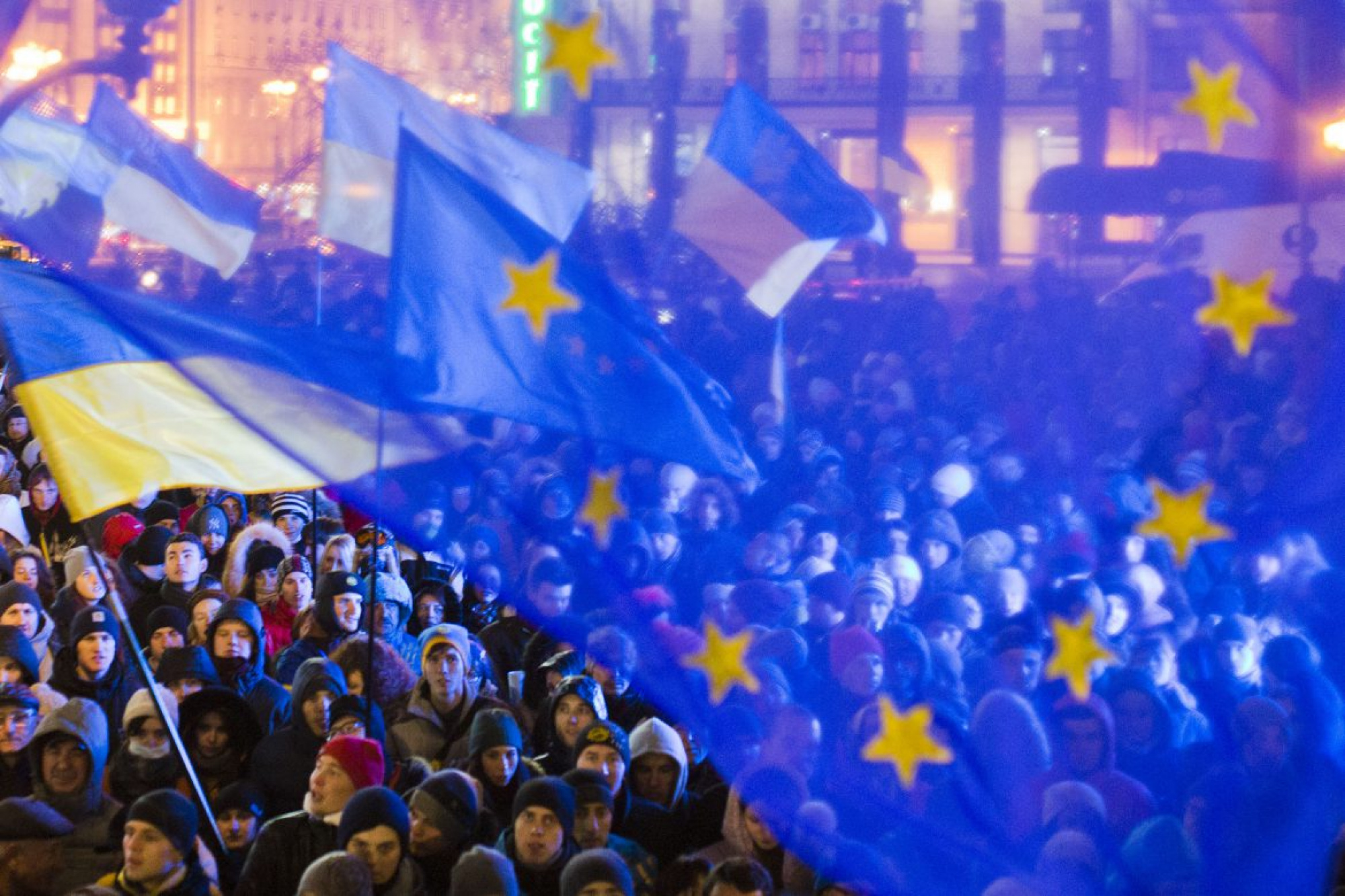 On 30 January, Law of Ukraine No. 6327 "On State financial guarantees for the provision of medical services and medicines" came into force. It marks the beginning of implementation of healthcare reform in Ukraine. It envisages the shift from the free healthcare system to the system of so-called "paid services" provided by the hospitals to patients (see our previous article for more info on this reform). Now, the state will subsidize only the basic package of healthcare services (emergency treatment, vital drugs), while citizens will have to officially pay for all the services that hospitals provide beyond the basic package.

The law can be seen as an attempt to dismantle one of the key achievements of soviet socialism: free healthcare. However, in post-independence Ukraine healthcare was free only on paper. In reality, patients often need to pay for everything, including medicines, their stay in hospitals or extra remuneration to doctors, which created a huge shadow healthcare economy. In this way, the new law not only introduces more "economic liberalism" into the Ukrainian medical field, but also tries to tackle its key corruption challenges.

Despite good intentions, this reform has found not found much support in Ukrainian society. According to the study by Socis conducted in October 2017, just 21% of respondents said they supported the reform, while 76% underlined they did not like the change.

This case is only a part of a trend: Ukrainians, understandably, are not so willing to support "liberal" reforms which diminish guarantees provided by the state. Another vivid example is pension reform: the Ukrainian government may have opted for such unpopular measures as raising the retirement age or avoiding indexation, but only a few of them have been implemented—the ones which will have little short-term effect, such as the gradual increase in the number of years worked needed to qualify for a state pension.

Therefore, an important question arises: will Ukraine be able to remain on course towards the welfare state model, widespread in many countries of Western Europe, or will it finally go down the path of the US model of a liberal market economy with much weaker state intervention in social policy and social allowances?

Citizens would definitely choose the first option. Many Ukrainians still remember soviet times when medicine and education were free, and taxes were low. Those with a small income did not have to pay taxes at all, but still enjoyed all the benefits provided by the state. That, however, was one of the reasons for massive deficits and other economic problems in soviet times. Naturally, such burden on the state budget cannot be afforded by today's Ukraine, when the state spends approximately 5-8 million dollars on defending itself against Russian aggression in Donbas every single day. Tax rates in today's Ukraine are comparable to the European ones. According to the report by OECD, Ukraine's tax-to-GDP ratio in 2017 is 33.4%, while Poland's is 33.6% and Estonia's is 34.7%. However, this fact does not reflect on the prosperity of Ukrainians.

The problem is that the reforms supported by the West are focused on the task at hand, strengthening liberal indicators, such as the free market, the macro-financial balance, transparency, equal access to opportunities. However, the twentieth century has proven that liberal reforms do not guarantee an equal distribution of wealth. The liberal reforms which took place in the US, UK, France and many other countries in the 1980s brought more dynamism to market economies, but in the long run created new divisions between the richest and the poorest, and contributed to the rise of today's global nouveaux riches (see Chrystia Freeland's famous book Plutocracy).

It is important to remember, however, that the foundations of today's Europe were laid in the post-World War II era, when construction of the welfare state with huge social guarantees for citizens was considered as a way to tackle the extremism of 1920-1930s (see Tony Judt's classic book Postwar). The transition from partial or selective provision of social services to the relatively comprehensive "cradle-to-grave" coverage of the population was necessary in post-war conditions. This strategy laid the foundations for the social and economic model of many "old" members of the European Communities, even in countries like the UK.

However, welfare remained at the national level; the EU, as a supranational institution, has few tools to promote it, focusing instead on the "free market" and "equal opportunities" regulatory frameworks, leaving social welfare to national governments. This is understandable, given the nature of the European construction. But it is important to remember that this has had an enormous influence on the way in which EU integration of third countries has proceeded and will proceed in the future: under the aegis of the liberal, not social, agenda.

Take Ukraine, for example. Both EU and IMF assistance provided to Ukraine is focused on achieving the above-mentioned liberal indicators—free market, macro-financial balance, transparency, equal access to opportunities (including the fight against corruption). These are noble goals, and they have key importance for modernizing the Ukrainian economy and public institutions. But there is a risk that the welfare of ordinary citizens will be set aside or even sacrificed to achieve those goals. There is no doubt that macro-financial stabilization and liberal incentives (for example, paid healthcare or increased prices for utilities) are needed to strengthen Ukraine's economy, but in the long term liberal reforms do not solve the problem of stratification between rich and poor. A free market creates a positive environment for businesses and investors, but in the end there is a risk that the rich will get richer, and the poor will become less and less protected.

While the Maidan protests in 2013-2014 were inspired by the slogans of dignity and justice, in post-Maidan Ukraine rich people continue to prosper, while ordinary citizens barely see an increase in their income. For instance, magnate Rinat Akhmetov, the richest man in Ukraine, has seen a major increase in his income from coal sales due to the introduction of the Rotterdam+ formula; his energy business also gained from the rise in gas prices.

Obviously, more comprehensive cooperation between Ukraine and its Western partners contributes to solving the problem of inequality. For instance, the EU-Ukraine Association Agreement and other aspects of EU-Ukraine dialogue could be beneficial for all Ukrainians equally, as it introduces mechanisms for fighting corruption and increasing the effectiveness of the state. Fiscal policy reform, in unison with decentralization, is set to make the spending of budget funds more effective in order to save more money for local communities. Therefore, if budget spending were more efficient, the quality of infrastructure or public transportation could be raised.

However, welfare problems cannot be solved only through implementation of the EU-Ukraine agreement alone. Liberal reforms could have numerous side-effects, such as strengthening the rule of oligarchs rule and furthering the divide between rich and poor.

While the government has to conduct policies of spending cuts amid the economic crisis, drastic social reality pushes it in the opposite direction, as citizens demand more guarantees and better living conditions. The only solution here is to increase the effectiveness of state policies by stepping up the fight against corruption, optimizing spending, but also introducing support to those who need it, creating new demand for the domestic economy in another way, to combine liberal and social policies into one policy mix.

Otherwise, increased poverty will bring populists to power in Ukraine, which will also put an end to all liberal reforms.

Canada’s Big Opportunity to Push Back Against Putin

A Pact with the Devil: Why Ukraine’s Democratic Uprisings Have Been Followed by Revanchism

On the surface, the one-year rule of President Volodymyr Zelensky has shown a continuation of Ukraine’s movement closer to the EU and NATO. Under the surface, however,...
PODCAST
January 14, 2018