September 6, 2018
Between October and December 2018, the Docudays UA will, for the second time, organize the cultural diplomacy project See Ukraine: The Empty Pedestal; this year, it will travel to Spain, Germany and France. The project will include screenings of Ukrainian documentaries, an exhibition of Ukrainian artists, and a public discussion with Ukrainian and international experts. 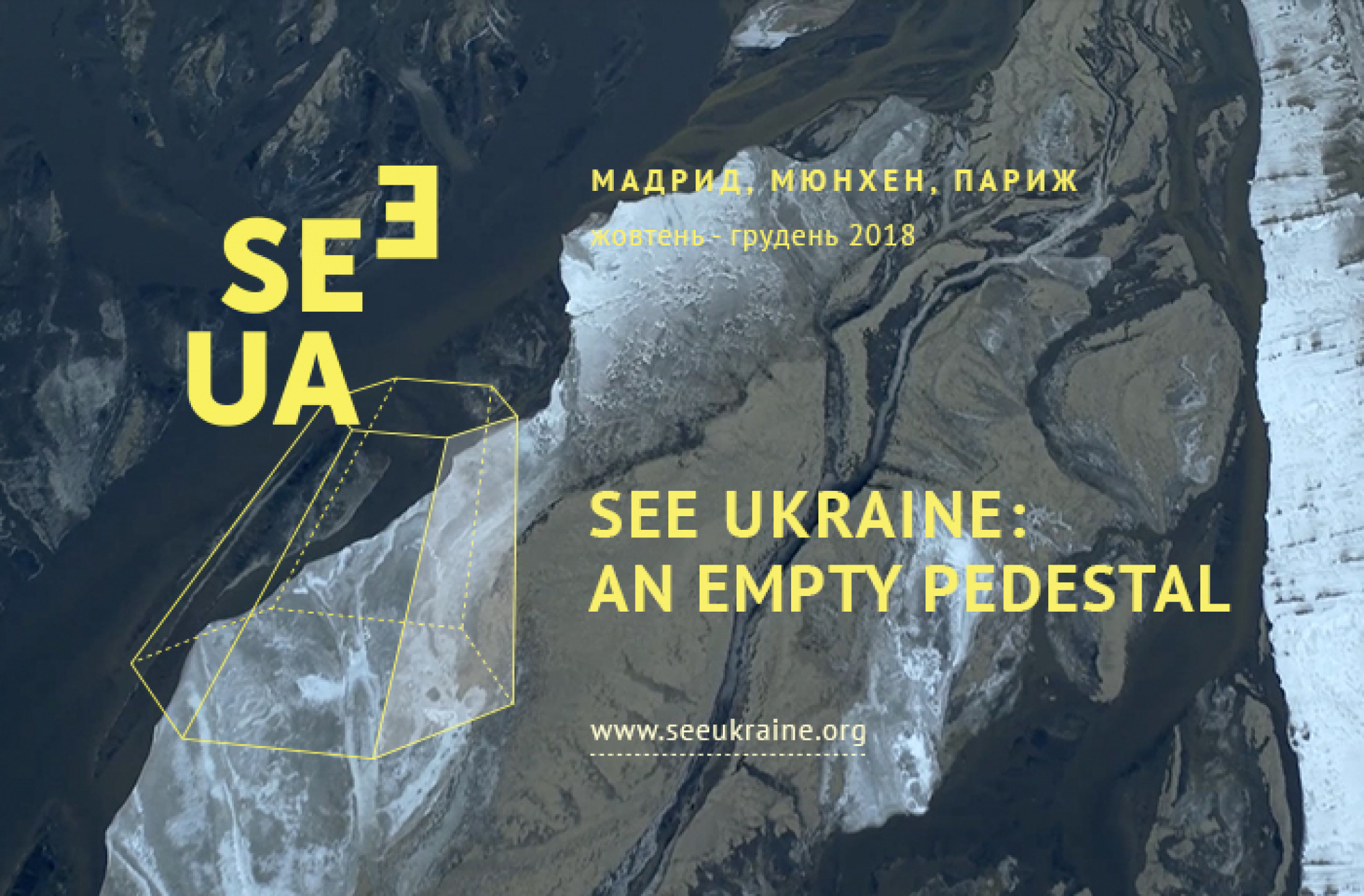 This year’s concept is titled The Empty Pedestal, and it is an attempt to analyze the situation that has developed in Ukraine. The process of decommunisation spurred the discussion of social values and reviewing of the canon of Ukrainian history. Figures from the past who have already lost our trust are fallen. New heroes have not yet been established. The “empty pedestal” situation provokes to search for heroes of the new times. Who could become them? And, finally, do we even need to put new heroes on the old pedestals? Should we follow in the footsteps of old ideologies?

The film program will deal with the urgent issues of the Ukrainian present: the memory policies, the PTSD, the study of Eastern Ukraine which has long been a blind spot, and, of course, the search for identity in the widest sense of the term. The films will include No Obvious Signs (2018) by Alina Horlova, Home Games (2018) by Alisa Kovalenko, Women in War (2018) by Masha Kondakova, The Cacophony of Donbas (2017) by Igor Minaiev, Delta (2017) by Oleksandr Techynskyi, Dixie Land (2016) by Roman Bondarchuk. The screenings will be followed by meetings and discussions with the authors.

The exhibition project See Ukraine: The Empty Pedestal, created in dialogue with the documentary vision of the filmmakers, offers the audience to look at the Ukrainian reality reproduced in the language of contemporary art: “The festival See Ukraine and the exhibition The Empty Pedestal as its component is a unique opportunity to arrange our thoughts, to calibrate the optics of our perception of reality in which we are immersed every day,” says the curator of the exhibition Oleksandr Mykhed. “How do you tell about your country to a foreign audience? How do you articulate the traumas of the painful growth of a young country and destroy the stereotypes created by the post-Soviet propaganda? And finally, do you need the hero who will take the vacant place on the pedestal in order to talk to the world? Or the longer the pedestal remains empty, the wider range of prospects remain open? I hope that thanks to the voices of unique Ukrainian artists and filmmakers, we will look for answers to these questions.” The exposition features Ukrainian artists such as Kostiantyn Zorkin, Vitaliy Kokhan, Yevheniy Nikiforov, Oleksandr Navrotskyi, Yulia Chervinska, Ihor Chekachkov, Valeriy Miloserdov, Maria Plotnikova, Serhiy Radkevych. The exhibition will also include a selection of archival photos by the amateur photographer from Easter Ukraine, Marko Zalizniak (1893 – 1982), which becomes espe-cially relevant in the current circumstances.

An important component of See Ukraine: The Empty Pedestal is the discussion platform, orga-nized in order to discuss with the international audience the place of Ukraine in the European pro-ject and the things it can bring into the project. The discussion will be attended by Ukrainian and foreign journalists, human rights advocates and artists.

For any questions and interview arrangements, please address the Festival’s press service at: press@docudays.org.ua

See Ukraine: Docudays UA Travels the World is a cultural diplomacy project implemented by the International Human Rights Documentary Film Festival Docudays UA. In 2016-17, the Festival visited France, Greece, Italy, Germany and Spain. The project is supported by the Open Society Initiative for a Europe (OSIFE).

Docudays UA is the only international human rights documentary film festival in Ukraine. It is a part of the international Human Rights Film Network. It takes place every year in the last week of March. After the end of the festival, Docudays UA traditionally presents the best films in Ukrainian regions during the Traveling Festival. Screenings and discussions of films with human rights experts last from October until December. Throughout the year, Docudays UA popularizes auteur documentary cinema in film theaters as a part of the DOCU/BEST project. It develops critical thinking among young people through its Docudays UA film clubs for media education in human rights. It presents the cultural diplomacy project SEE UKRAINE in Europe. It helps young Ukrainian documentary filmmakers to produce their films at the DOCU/ PRO platform. It publishes an annual catalogue of new Ukrainian films for international promotion. The 16th Docudays UA will take place between March 22 and 30, 2019, in Kyiv.

5 Ukraine’s public anti-corruption initiatives that can inspire you

Why Church Autocephaly Is Important for Ukraine

Ukraine aspires to get its church to go away from Russian patriarchate and become "autocephalous." Why is it important? How is Russia using orthodoxy as its soft...
PODCAST
June 22, 2020