Ukrainian Prime Minister Tried (Unsuccessfully) to Resign. What Does This Mean?

What Is Going On in Donbas? - Interview with Representative of Ukraine’s Ombudswoman

January 20, 2020
Against the backdrop of political twists and turns in Ukraine, Donbas has ceased to be in the media spotlight. UkraineWorld talked to the representative of the Ukrainian Ombudswoman in the Donetsk and Luhansk Regions, Pavlo Lysiansky, to find out what is now happening in so-called L/DPR and Ukraine’s frontline regions of war-torn Donbas. 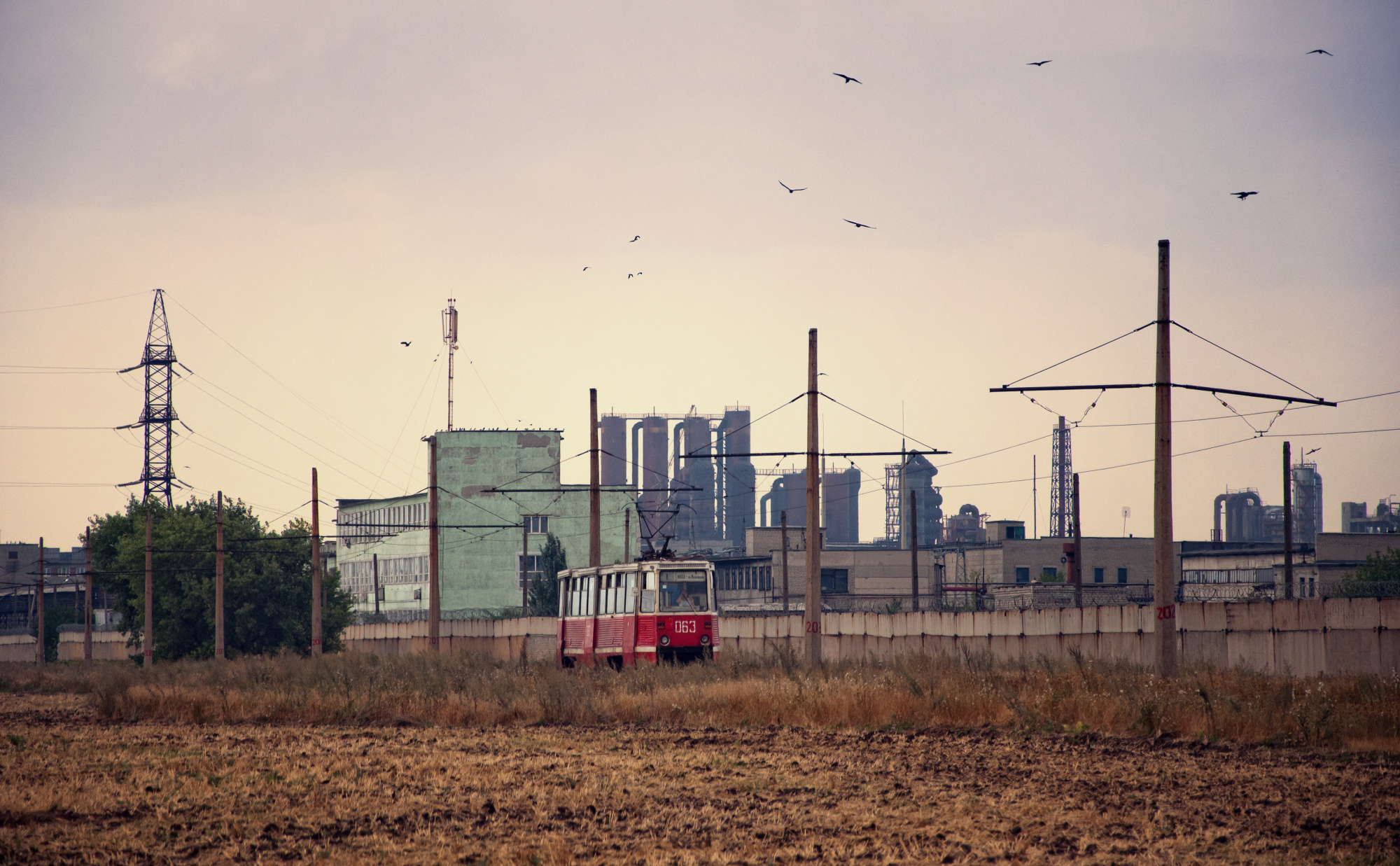 The lack of information from the so-called Donetsk and Luhansk People’s Republics and restraints for human rights defenders make the picture about what is going on there pretty blurred. At the same time, human rights and journalistic reports from Kyiv provide a fragmented understanding about life in the frontline areas that are under Ukraine’s control.

Pavlo Lysiansky, the representative of Ukraine’s Ombudswoman in Donetsk and Luhansk Regions, is rarely in Kyiv. He spends most of his time in the field, the war-affected places such as Stanytsia Luhanska or Toretsk, and knows what the residents of Donbas go through at firsthand. What unites the occupied and the government-controlled territories of this region, is the need for reintegration, which demands a thorough understanding of what is happening on both sides.

What is the general situation in those territories of Donbas occupied by Russian-backed forces? Has anything changed in the past year?

There have been no changes, except for the exchange [of prisoners] that took place, and this was a positive fact. But in general, there is no ease in perception or anything like that. In fact, control over an individual, his or her worldview and rights intensifies under the supervision of the illegal armed formations [in the occupied territories]. 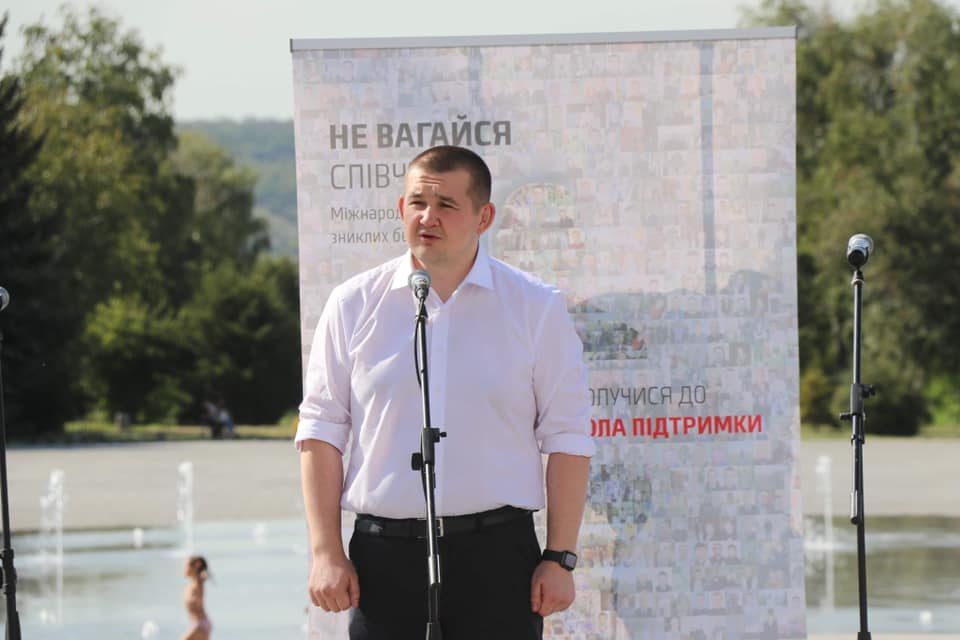 Pavlo Lysiansky, the representative of Ukraine’s Ombudswoman in Luhansk and Donetsk Regions

What about the economic situation there? Propagandist media outlets sing the praises of “improvements” in life and economic growth in the self-proclaimed republics. For instance, the head of the fake Donetsk People’s Republic recently announced that by 2022 they would an increase in state salaries and pensions to the level of Rostov Region in Russia. What is the real picture there?

What I do know is that last year the chemical plant Stirol [one of the oldest manufacturers of nitrogen fertilizers in Ukraine] was shut down; that the operations of in a mine in Makiivka led to seismic disturbances and that the residents of a village in Makiivsky district had to endure some mining blows that made walls of their houses crack. If we take the so-called LPR, there was also the debt of unpaid salaries owed to miners. So no, I cannot say there is [improvement]. On the contrary, they close enterprises, such as the plant that specialized in the production of steel ropes in the so-called DPR. I see the economy stopping there. Nonetheless, they strengthen their political projects and finance such things [as propaganda news].

I see the economy stopping there. Nonetheless, they strengthen their political projects and finance such things [as propaganda news].

Do people believe this pro-Russian propaganda regardless of what they actually experience?

Some really do because in all of their articles the occupiers blame Ukraine, and say that Ukraine brought about such situation with the blockade of Donbas.

And those who don’t believe it keep being illegally imprisoned. In mid-January, the Representative of Ukraine to the humanitarian subgroup in the Trilateral Contact Group (TCG) Valeria Lutkovska concluded that around 300 Ukrainians are still being held captive by the Russian-backed armed groups of the so-called Donetsk and Luhansk People’s Republics. The Eastern Human Rights group reported that in December 2019 alone, prior to the prisoner exchange, 7 persons were detained in the so-called Luhansk People’s Republic, and 4 in Donetsk. Who are they detaining now and what are the reasons?

On the occupied territories of Luhansk and Donetsk People’s Republics, they arrest people for political reasons. I have no connection to the Minsk process but according to data from the human rights defenders that our office cooperates with they [illegal armed formations] build up their exchange fund, namely, by detaining people. We keep getting new messages from people complaining that their relatives have been detained.

We keep getting new messages from people complaining that their relatives have been detained.

How powerful is the militarization campaign of young people in Donbas?

Our partners, the Eastern Human Rights Organization, has brought this information up and they are still working on it. This campaign is very audacious, and they put resources into it. It is not only militarization of youth but also very serious politicization of children. That means they are preparing the new political young guard which will implement and lobby their interests.

Let’s talk about the Ukraine-controlled side. With the arrival of the new government in Kyiv, has life changed for people on the frontline? Especially for those who have to cross the contact line for personal needs?

The government has simplified the process of crossing the contact line. Ukrainian ministers, such as the Minister of Veteran Affairs, Temporarily Occupied Territories and IDPs, now visit quite often. However, as a representative of the Ukrainian Parliament Commissioner for Human Rights, I always say that there is no proper medical assistance in frontline villages. The roads are really bad, and, unfortunately, ambulances cannot get to the places where help is needed.

Of course, the bridge in Stanytsia Luhanska is repaired, which is a very good sign. However, when we take small towns such as Toretsk in Donetsk Region... Salaries were not paid at the mine of St. Matrona of Moscovska, which is a private enterprise. For two or three months now, mining staff there cannot do anything to force the employer to pay its people. The situation there is a lot tenser.

Yet, nothing crucial has happened in national legislation that would change the lives of people [in Donbas].

Yet, nothing crucial has happened in national legislation that would change the lives of people [in Donbas]. And we don’t know what to expect with the new laws they want to adopt, as with the Labor Code, for example. But if we take the right to protection, to safety and similar rights, I do not see anything changing. Let’s say this. There are preconditions for stable peace, but they are not very significant now. 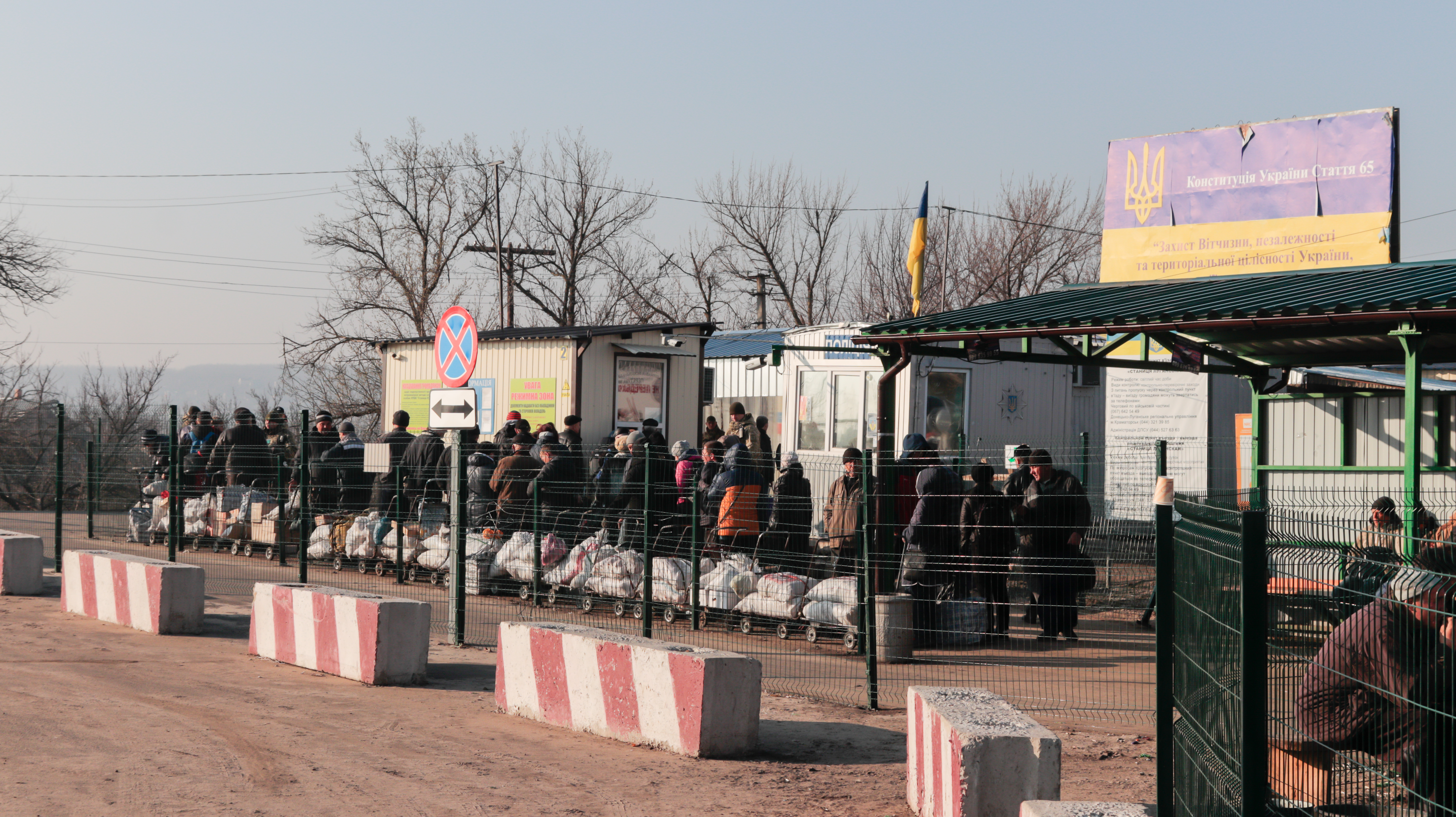 Does the government intend to take any measures on dispensaries and medical assistance?

I spoke about this at the government field meeting, on behalf of Liudmyla Denysova [Ombudswoman]. I told members of the government and the prime minister to their faces about the need to either open additional dispensaries or organize regular visits of doctors who could provide specialized medical help.

Which war-ravaged villages and towns are in the most need of immediate help and attention from the state?

First, these are places in close proximity to the contact line. The village of Opytne, where just 40 people reside, but which has to be completely restored. Pivdenne and Toretsk on the contact line. Luhanske village in Donetsk Region, 10 km from Debaltsevo. International organizations do work there but we should understand that they do not always have a mandate to ensure human rights.

Since you are always on the ground, what are the biggest challenges in Donbas now that Ukraine has to work with first and foremost?

There are so many questions. First, we don’t even know what condition abandoned mines are in, the level of water in mines, whether or not it’s been pumped out; whether or not it has already got into the groundwater; how much of scrap metal was stolen and taken out, etc. Back in 2016, I said that when we talk about reintegration, we should see what we are actually reintegrating. As for today, we don’t have any official information, except for that provided by journalists and human rights defenders. That’s why we don’t know the real state of industry on occupied territories now, what they have done to mines, plants, other enterprises.

Back in 2016, I said that when we talk about reintegration, we should see what we are actually reintegrating.

Second, places of imprisonment. In the context of ongoing discussions about transitional justice, we should understand that there are political prisoners there, arrested for so-called “spying” and so on. But there are also persons who really did commit crimes and were sentenced to jail by the so-called law enforcement of “LPR”/”DPR”. We say that we do not recognize these structures. But when Ukraine regains control over the border and returns the territories, what next? There are, if I’m not mistaken, 16 places of imprisonment there, and we should understand what people are held there for and what will be their fate in future [in case of reintegration]. It is a thin line, we need experts and specialists to find solutions later.

Third, school programs. For five years, children have been taught by the development program of the Russian Federation. I mean history and so on, that [those children] listened to the anthem of the “L/DPR” every day.

Then, based on the data we have, in all these years they mined approximately 89 million tonnes of coal. Mined it and took it away. This is Ukraine’s subsoil, which belongs to the Ukrainian people. Where did they mine it from? From mines of the former state sector, or from mine shafts that appeared some other way? If the latter, then we have to investigate it and need land reclamation. It is a long list of different tasks that need to be done with the aim of improving the environmental situation. These are only some problems on the surface.

We should change and implement all state mechanisms instantly in order for the population to believe that the state came back and cares for them.

Mr. Lysiansky, you mentioned restoration and reintegration, parts of the transitional justice process. We haven’t seen any results in this area, not even a plan on what Ukraine will be doing when, sooner or later, it has regained control of its territories. How important is it to start this process now?

I had a little experience of reintegration in Debaltsevo. When it was captured by the militias, I worked as a deputy director of the mine in Fashchivka, but lived there. When the Ukrainian army liberated Debaltsevo, there was no-one left. People returned to freed Bakhmut and Kramatorsk because they simply had had no time to leave. The situation was different in Debaltsevo. Together with the then newly-appointed head of the police force, who was later killed, we worked on the reintegration and restoration of statehood there. Surely, we cannot compare it with the current situation because it was out of Ukraine’s control for just a month or so. But with that experience, I know that [reintegration] is painstaking work. We should change and implement all state mechanisms instantly in order for the population to believe that the state came back and cares for them. We should plan this ahead of time, and then come very quickly for people to see the results.

Russia has occupied about 20% of Ukraine's territory and continues its offensive in the east. But. Here is our video explaining why it will never conquer Ukraine.
PODCAST
December 28, 2022

Why is the value of life so low in Russian politics and society?