October 5, 2022
In this article, we look at the pros and cons of the Ukrainian government's communications since the beginning of Russia's full-scale invasion earlier this year. 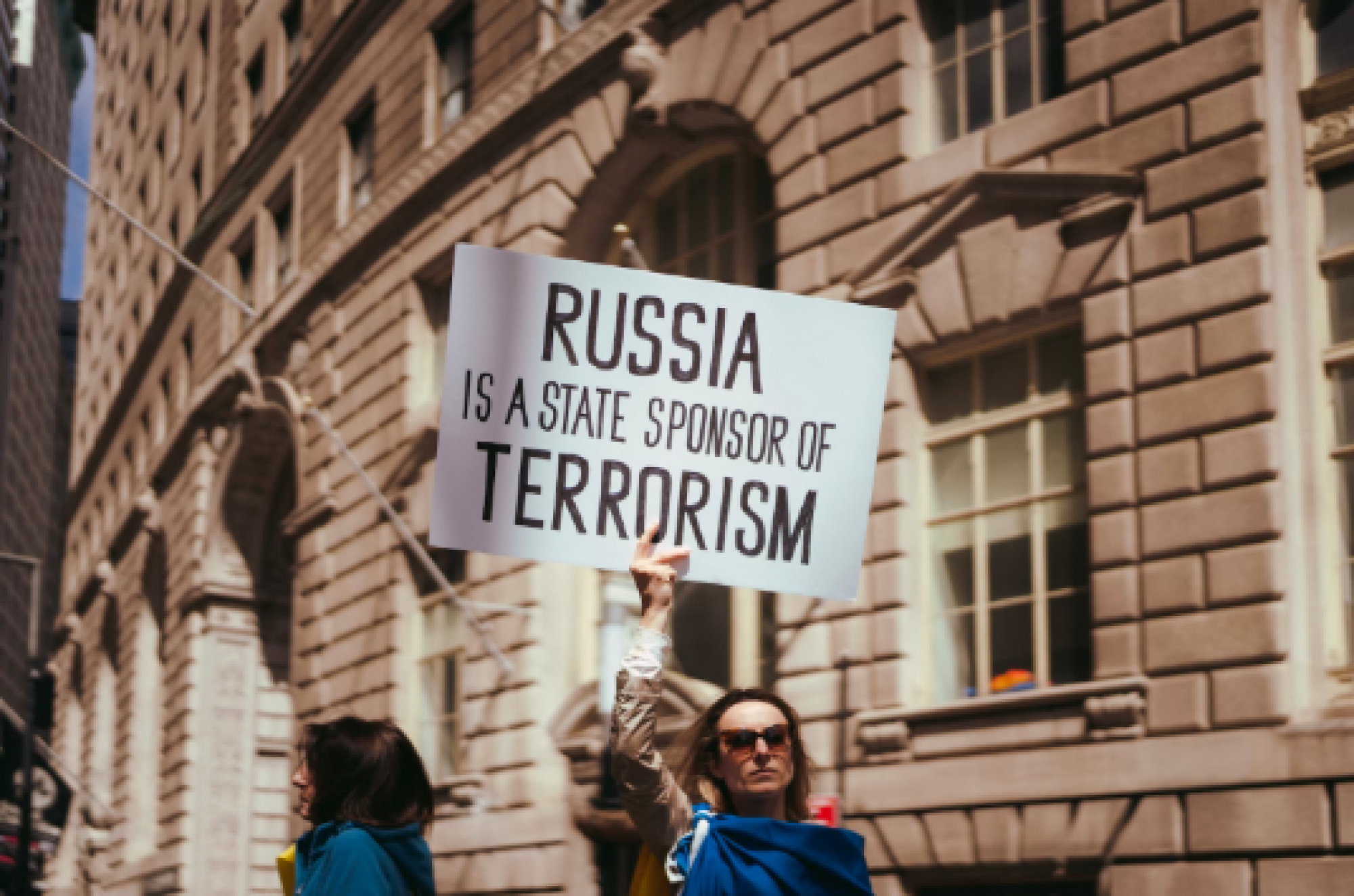 With the world living now in the fast-changing reality of the Web 3.0 era, it has become even tougher to communicate effectively. The reason is that everyone now is a communicator, which is why anyone can become an influencer or a game-changer.

To avoid a negative and unchecked multi-channel influx of information, the Ukrainian government and media organizations have been putting out the message that it is necessary to follow and trust only official governmental sources. This move has been made to make sure that people learn the basics of media literacy and avoid fakes, disinformation, and manipulations spreading on suspicious Viber or Telegram channels.

Moreover, we have seen a completely different tone of communications from the government. Ukraine's institutions have come off as balanced, ardent, confident, and brave. One huge factor was the fact that the President and other authorities stayed in an almost besieged Kyiv. That gave people a sense of security and unity. 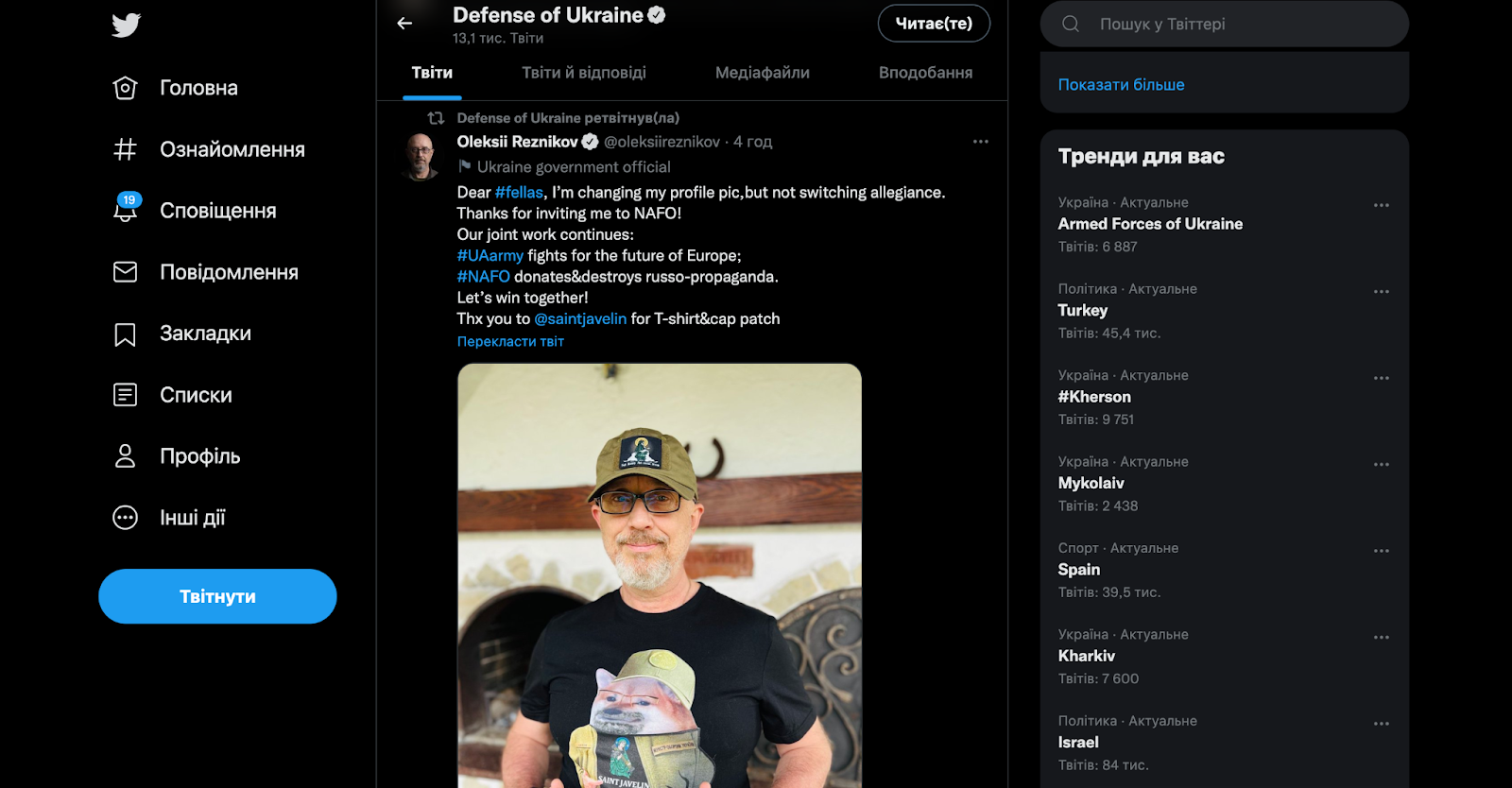 (Official Twitter-account of Ministry of Defence and it's humorous content)

Gradually, official governmental channels have also integrated humorous content into their channels. As Ukrainians create memes and produce humor even during the war, officials realize that jokes are an effective part of communication, too. For instance, the Ministry of Defense has turned to trolling the Russian enemy and posting folk memes.

Ukraine's military leadership has also introduced an effective communication strategy. From the very first days of the war, the General Staff of the Armed Forces has been to inform Ukrainians about Russian combat losses. This is a psychological tactic to show that the enemy is dying every day and in huge numbers. However, the General Staff is very tight-lipped about Ukrainian losses.

On February 24, 2022, the first day of the full-scale Russian invasion, all TV channels merged into a joint information broadcast marathon. They have been broadcasting around the clock to bring verified information regarding the war to the public. A special application which notifies users about air raid warnings in their area appeared almost immediately when the war started and was an invaluable asset to other alarm notifications.

Thanks to the Ministry of Digital Transformation, Russian bots have been blocked en masse, there have been negotiations with international companies to leave the Russian market, and Ukraine's cyber security has been assured whenever danger occurred. The Center for Strategic Communications, created under the Ministry of Culture and Information Policy, has been a mechanism for countering disinformation through joint efforts by the state and civil society. The Center's work is focused on communication countermeasures against external threats, particularly information attacks from Russia. They have grown in popularity in Telegram, Instagram, and YouTube, and they have produced research.

Another information front has been opened with the international community. Ukraine's government has been effectively persuading its international partners that Ukraine will win no matter what, and has convinced them not only to support us through statements and the delivery of weapons but also to significantly cut down on Russia's links to the democratic world. This work has been done in the shadow of  omnipresent Russian propaganda, but it has proven more effective.

The main goal of wartime communications is to find a balance between truth and security. Reconciling the task of informing citizens with that of avoiding panic in the society is a difficult balance. Quite often, Ukraine's government has prefered maintaining calm to the delivery of the whole truth. Even though it is not always required by military necessity, there has sometimes been a disparity between what the government communicates and what the situation is really like on the frontline. This often creates inflated expectations among people which can later lead to them underestimating the severity of the wartime situation or cause carelessness which results in casualties.

The creation of the joint TV marathon has also been quite controversial, as almost all of Ukraine's TV news was concentrated in one place. Other channels could barely have their own voice which may seem like violation of the oppositional channels. Some opposition channels, such as Channel 5, were excluded from the joint marathon.

Quite often, the government and its communication advisors have sent inconsistent messages, which creates an impression that the government does not speak with a single voice.

In addition, things such as alarm systems should have been prepared in advance, along with digital maps of open basements and shelters and possible routes or places for internally displaced people to go to. Some of these issues were quickly taken care of by ordinary Ukrainians during the first weeks of the war which, on one hand, shows societal unity and initiative but, on the other, shows unpreparedness on the part of the government, which was unprepared to inform  people properly. 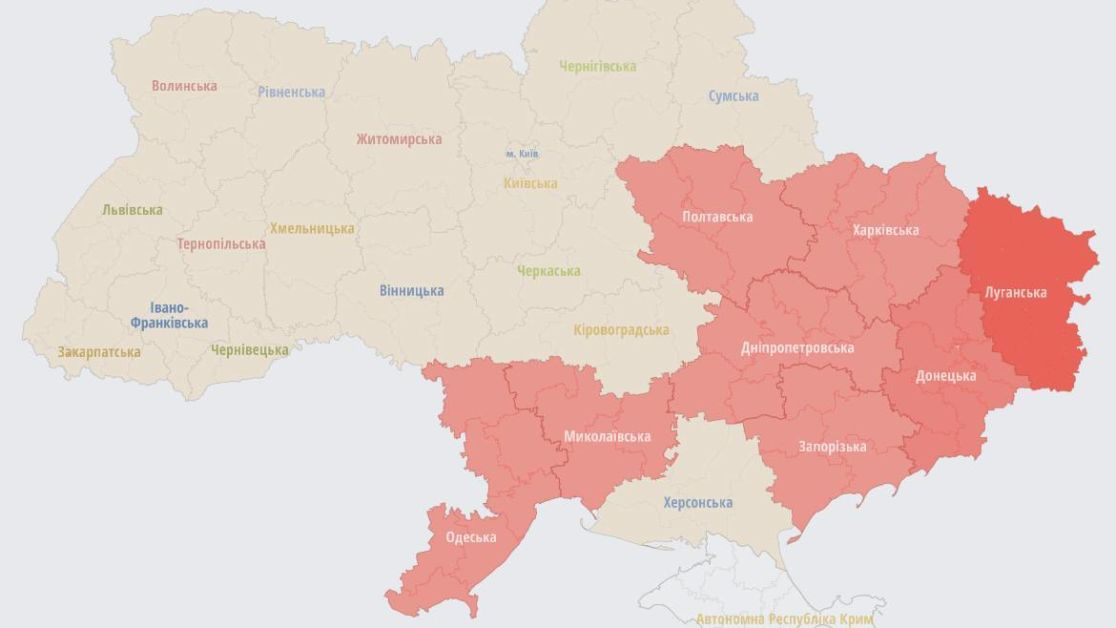 (Air alarm map, regions in danger are painted in red)

The scale of information being shared about the war is immense. For example, in just the first week of the war, videos on TikTok with the tag #Russia and #Ukraine had reached 37.2 billion and 8.5 billion views, respectively. The presence of Ukraine on Twitter has grown dramatically. Not only have officials and institutions started gaining more reactions and followers, but ordinary Ukrainians have been spreading news every second, thereby bringing Ukraine's tragedy and heroism to the fore of social media and the news. Handling these masses of information is difficult, yet official authorities, along with ordinary Ukrainians, have been winning the fight on the information front since day one, and continue to do so today.

There is no limit to perfection and mistakes in mass communications happen, but handling panic in a country of over 40 million people and effectively uniting them, as well as international allies, to fight the enemy deserves respect.

What Are the Plans for Ukraine's Postwar Reconstruction?

Bots have become a major component of information warfare in social networks. We explain how to recognise bots and stay aware of disinformation campaigns. This video...
PODCAST
September 29, 2020