October 8, 2019
Russia still has enormous influence over the information space of neighbouring countries. When Ukraine was seeking the Tomos (a decree on autocephaly from the Ecumenical Patriarchate) for its Orthodox Church, Russian propaganda went above and beyond to prevent this from happening. Now that a year has passed since the historic victory for Ukraine’s Church, let’s see how Russian propaganda on this issue has evolved. 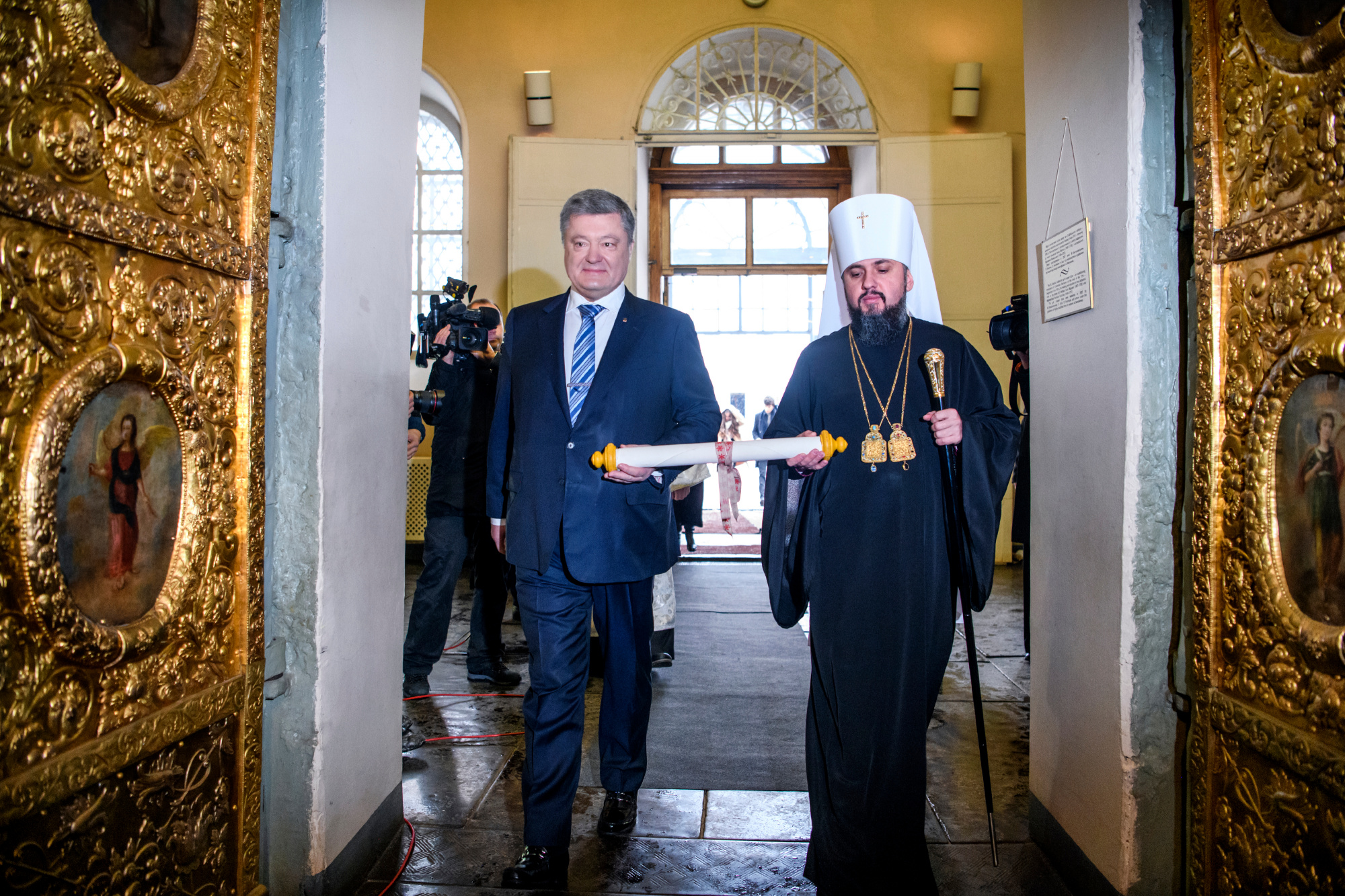 On 30 September Internews Ukraine and Ukraine World published the study "Beyond Religion: What media outlets in Armenia, Georgia, Moldova and Ukraine say about the autocephaly of Ukrainian Orthodoxy". Its findings are based on the cross-border monitoring of Russian propaganda messages in the local media outlets of the above-mentioned countries in their reporting on the establishment of the independent Ukrainian Orthodox Church. The period of 1 September-30 November 2018 was studied, as it was the time frame in which the Ecumenical Patriarchate was making its decision on whether to grant the Tomos to Ukraine.

Researchers found that the most widespread narrative in Armenia, Georgia, Moldova and Ukraine is the one about the necessary unity of the Orthodox world in the perspective of Western intrusion. This narrative comes directly from the Kremlin's playbook and is in line with the position of the Russian Orthodox Church. Hence, the independent Ukrainian Orthodox Church is being positioned as a threat towards this unity, and one of the instruments being used by the West in its geopolitical showdown with Russia.

At the same time, research showed that Russian propaganda also precisely tailored the meta-narrative on the danger of the Ukrainian Church Autocephaly to the information space of each studied country. In Ukraine, the United States were directly pointed at as the main beneficiary of the split in the Orthodox world, whereas Ukraine's political and religious life was said to be controlled by the West. In Georgia, the autocephaly of the Ukrainian Orthodox Church was often presented in the context of Georgian religious life, and the problem of the Abkhazia church's autocephaly in particular. In Armenia, Ukraine was positioned as a country collaborating with the Ecumenical Partiarchate located in Turkey, which is important in the light of tensions between Armenia and Turkey.

Despite all the efforts made by the Kremlin's propaganda, on 5 January 2019, the Ecumenical Patriarch of Constantinople Bartholomew signed the Tomos that officially recognized and established the Orthodox Church of Ukraine and granted it autocephaly. This development meant the making  a fundamental change to Russian influence and soft power structure in post-Soviet countries. So how has Russian propaganda evolved since then?

When the Tomos was finally granted, the Kremlin tried to spread the message that the Tomos provided by the Ecumenical Patriarchate has no legal force. Vladimir Legoyda, the chair of the Russian Orthodox Church's Holy Synod Department for the Church's Society and Mass Mediа Relations, said that the Tomos for Ukraine "is just a sheet of paper signed against all canons and, therefore, has no canonical force". This quote was widely disseminated by Russian media outlets.

Simultaneously, Russia tried to spread the narrative that very few Orthodox Churches recognised the autocephaly of the Ukrainian Church. First, manipulations were used. The Russian Orthodox Church was saying that the "political scheme regarding the legalization of Ukrainian schismatics" was not recognized by any other Orthodox churches. In order to spread this narrative, Patriarch Cyril of the Russian Orthodox Church gave an extended interview around Orthodox Christmas (7 January) to the Russia-1 channel. Patriarch Cyril was interviewed by Dmitriy Kiselev, who is among the most famous Russian propagandists.

Approximately a month after the Tomos was granted, Russian propaganda stopped denying the existence of the independent Ukrainian Orthodox Church and went back to the strategy it was using in autumn 2018.

Russian media started spreading the message that Ukraine is facing a civil conflict on religious grounds, as "churches all around the country are being taken away from the Moscow Patriarchate." For instance, Russian media outlet Russkaya Gazeta claimed on 8 February that "45 churches belonging to the canonical church [Ukrainian Orthodox Church of Moscow Patriarchate] have been captured." In the following weeks, this outlet produced 9 more reports about churches being "captured." In fact, the people going to these churches voted freely in favor of joining the independent Ukrainian Orthodox Church.

The topic of the independent Ukrainian Orthodoxy has been declining since the first round of Ukraine's presidential elections, which took place in March 2019. Russian propaganda switched to the more common and exploitable field of Ukrainian politics, but never completely forgot about autocephaly. The new strategy was to exploit any new developments regarding the independent Ukrainian Orthodox Church if any occurred.

Indeed, there were some developments. In May 2019, a conflict erupted between the Patriarch Filaret of the Ukrainian Orthodox Church of the Kyiv Patriarchate and Metropolitan Epiphanius, the primate of the independent Orthodox Church of Ukraine. They had a disagreement concerning the model of governance, the management of the diaspora and the name and the statute of the new church. Patriarch Filaret stressed that the Orthodox Church of the Kyiv Patriarchate had not been liquidated despite the fact that it had ceased to exist on 15 December 2018 after the Unification Council of members of Ukrainian Orthodox churches was held in Kyiv.

Patriarch Filaret felt betrayed because he had no real power in the independent Orthodox Church. The Russian propagandist channel Rossiya 24 used this and held an interview with him, in which he said that he does not recognise the Tomos. This interview was used to highlight the tensions within the church and strengthen the narrative that there is a conflict in Ukraine on religious grounds.

For now, Russian propaganda on the Ukrainian autocephaly is mostly dormant. However, Phase 3 is still active, and all the smallest bits of news are being used. On 4 September 2019, Russian media outlet RIA Novosti published an article titled "Coins printed on the occasion of the Tomos are not popular in Ukraine." For now, this is all that's left for the Kremlin's propaganda machine to exploit. But will there be a phase 4?

Vitalii Rybak
journalist and analyst at UkraineWorld and InternewsUkraine
Next article

Ukraine: a Book of Essays to be Presented in Germany

Although the popularity of the Russian social network VK in Ukraine has dropped, it is still being used to promote pro-Russian, anti-Western narratives in Ukraine.
VIDEO
July 14, 2018

Before elections, cyber-meddling's becoming a more pressing issue to deal with. Cyber attacks can leave you without food, TV, electricity. Also, they can instigate...