Who Is Ready to Lead Ukraine?

How Ukrainian Courts Work: A Beginner's Guide For International Litigators

March 6, 2019
After more than a decade of serving international clients in Ukrainian disputes, I still see many foreign clients coming to Ukraine completely unversed in the nature of waging disputes with a Ukrainian element. 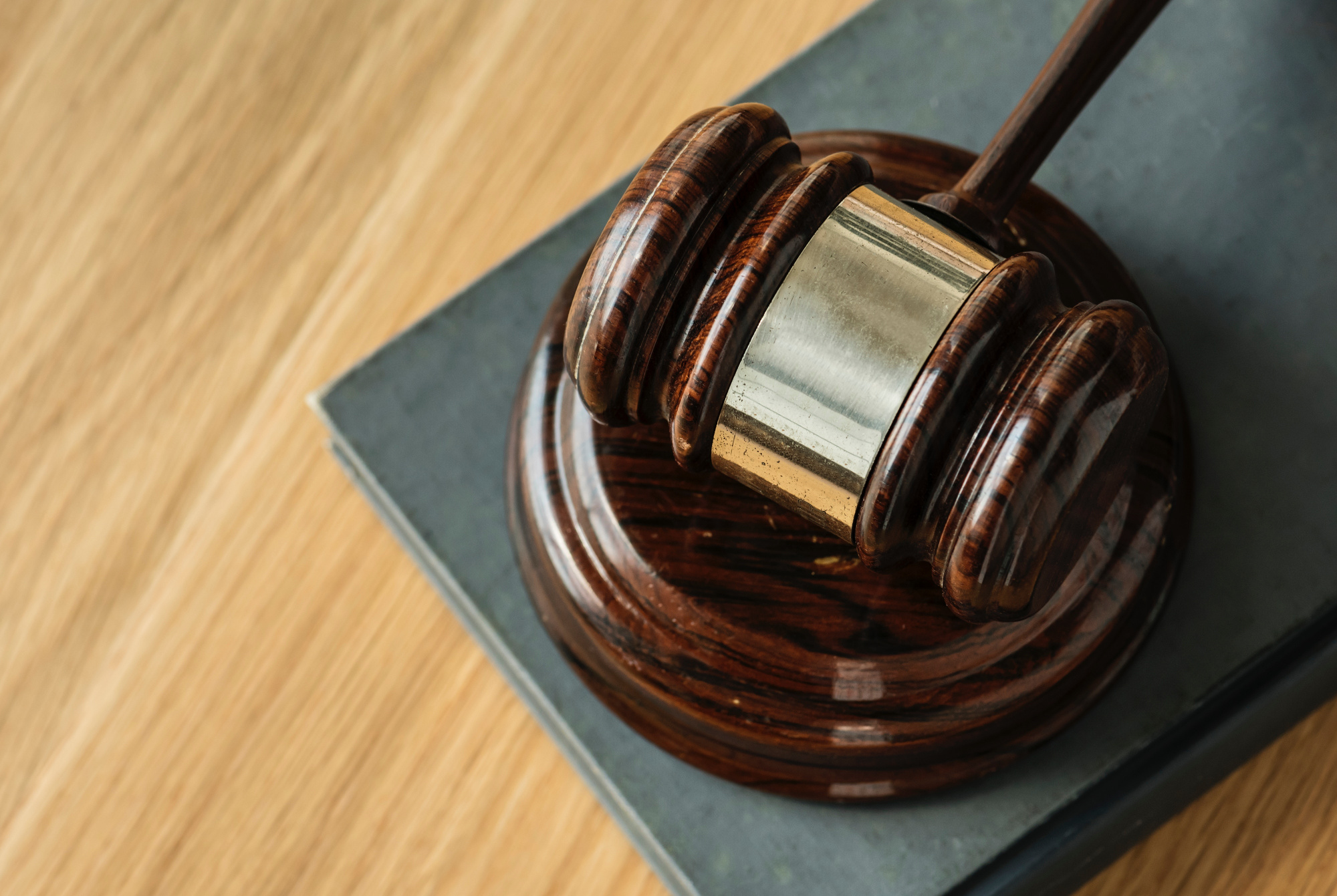 One of the biggest pain points here is the same old cross-cultural communication problem. Whilst it's not that difficult to translate Ukrainian legal language into English or vice versa, the underlying legal reality and business practice may often be lost in translation.

The other common problem is that some clients may come to Ukraine with deeply rooted legal preconceptions shaped by their home country experience, expecting to implement them in Ukraine just the way they do it at home, and being honestly unaware of the extent Ukrainian litigation may be different.

All of this may result in bitter misunderstandings, ruined expectations, and, eventually, may hurt the case the team is working on.

One of my pet peeves is cross-cultural relations, so I thought about sharing some general tips for foreign companies/lawyers considering litigation proceedings in Ukraine for the first time.

The Ukrainian Litigation Tips series have been originally posted on my LinkedIn page and received positive feedback from my Ukrainian and Eastern-European colleagues who had a similar experience while working on international litigation projects.

So I decided to compile all the tips in one article for future reference of the wider international audience.

Ukraine has a very competitive legal market, with many excellent lawyers working in national and international law firms.

However, fluent English and a fancy office in central location do not always convert into effective cooperation. With regret, I may recall a few disagreements between Ukrainian law firms and their international clients. A couple of times the client's dissatisfaction was so gross that it was made public.

Thinking about those bitter failures, it is difficult to find any conscious wrongdoing by either side. My guess is that those problems had been mainly caused by cultural differences, insufficient communication, and improper management of expectations.

Ukrainian legal profession is very young and diverse in terms of professional standards and approaches; you may often feel differences within one firm, let alone within the whole community.

Thus, if you face an important litigation choice in Ukraine, my advice is to invest a bit more time and effort in choosing your lawyer.

Look for a cross-reference.

Ask about her experience, project management skills and approaches.

If possible, try to make not just a formal, but also a good psychological contract with your counsel.

Ukraine is a perfect VUCA country.

Ukrainian law is constantly changing. For example, the 2013 Criminal Procedure Code has been amended 62 times so far (an average of 12 changes per year), with two separate provisions kicked out by the Constitutional Court.

During the last two years, the whole Supreme Court has been reappointed, powers to represent parties in court have been restricted to licensed attorneys only, the new codes on civil, commercial and administrative proceedings have been enacted.

Once the proceedings are initiated, you may face a number of events unlikely to happen in Western countries.

One day, a judge hearing your case might be arrested. Hearings may be cancelled without a warning. Guerrilla tactics, absurd arguments, irrational court decisions - all of these are real-life cases.

One day, you may find your attorney (and many other lawyers) mobilized to serve not his client in the court, but to serve his nation - in the army.

In short, things happen here all the time. What you can do? Get mentally prepared, and probably appreciate a bit more the ordinarily extraordinary work done by your Ukrainian counsel.

And if you choose your lawyer wisely, she'll take care of all the rest.

Tip 3: You can be a trailblazer

Quite often, your local advisers will tell you that they honestly are not able to predict the outcome of your claim.

The common reason for that is that the rules you are going to rely upon haven't been tested in courts yet, that the legislation has just changed, or that the case law is self-contradictory. This is true.

Thus, please be ready that your case would become a part of an experiment and thus would contribute to the development of Ukrainian law.

Chances for such development greatly increase if your claim is based on a contract containing your home country's legal concept, which is absent from Ukrainian substantive law, although still theoretically possible.

In theory, Ukrainian courts shall apply the rules of international treaties to which Ukraine is a party. Courts may also apply foreign law, especially when the parties agreed on it. In practice, a Ukrainian judge will normally look at those inferior and unfamiliar rules through the prism of her Ukrainian law background, which may produce interesting results.

Depending on circumstances, Ukrainian courts may appear disappointingly retarded or, to the contrary, amazingly progressive.

Ukraine is an excellent place to be if you look for a legal adventure.

"I have a business in Ukraine, but I don't want to sue anyone. Why should I read this litigation stuff?"

Well, in Ukraine, you often have to enter litigation just to keep doing your business as usual.

For example, you have a certain property or a business in Ukraine. Some other people are interested in taking it over. Normally you would expect an attack via court, but they may bypass the litigation part, and simply take it via a fraud. And, voila – you now desperately wish to file a lawsuit even though you merely defend your title.

For such cases, prevention is the best cure. That's why in Ukraine I often advise using such non-traditional legal services as daily monitoring of state corporate and property registries, raider preparedness analysis, business counter-intelligence, and down raid practical training for the staff.

In legal terms, prevention means regular litigation-focused due diligence and regular stress-testing of the critical aspects of your business in Ukraine.

If you decided to skip the stress-test, do perform a search for a dispute resolution adviser in advance and allocate some cash reserves for that purpose. The chances that you might need one are bigger than you think.

Tip 5: Yes, this is personal

Many Ukrainian companies, even those big players that are called "joint stock companies", are owned and governed by a single person, with an autocratic management style as a popular option.

As a result, if you have a dispute, the decision is often made by a single person, reflecting all his or her idiosyncrasies. This may include not listening to the lawyers, or instructing them to pursue a hopeless or sometimes an absurd case.

There is an upside to this: establishing good personal contact with the owner of the opposing side in a dispute may lead to a quick and seamless settlement.

In one case, our client, who was ready to settle, had to push a relatively small and clear-cut case for several years just because the debtor's owner felt personally offended by the claim.

In another case, with much less certain legal position, after several months of fighting in courts, the respondent suggested a settlement, allegedly being driven by his desire to keep his reputation of a respectable business partner (and probably to avoid excessive publicity).

Accordingly, when you evaluate prospects for litigation in Ukraine, a mere legal analysis is not sufficient. Learning your opponent's attitude to the case is equally important.

Sometimes you may feel that the process is being rigged.

These are the things you can do:

Tip 7: Take it abroad (but mind the gap)

Basically, there are two main reasons for bringing your Ukrainian dispute to a foreign court/arbitration tribunal:

Ukraine's court system is gradually improving, but it is still unstable, often inefficient, and the outcome of many disputes is still hard to predict.

Further on, a favourable court decision in Ukraine does not mean that you will receive what the court had ordered. In fact, it often means quite the opposite. The system of compulsory enforcement of court decisions is still weak.

Two things have to be noted, however: risk of parallel proceedings and of non-enforcement in Ukraine.

Choice of court clauses are often not enforceable in Ukraine, which may result in parallel proceedings.

Accordingly, a foreign venue for resolution of your Ukrainian dispute is a good choice, but do consider the enforceability issues before you begin the action.

Overall, Ukrainian legislation is quite fine, but the problem often is in the way it is applied and enforced.

These are some of the common legal instruments that are formally present, but in practice very difficult to apply in Ukraine:

So, if your opponent chooses not to play by the rules, there is a very limited possibility of bringing him to justice.

Still, many Ukrainian businesses do choose to respect the court, and this is how the system works.

Tip 9: There is hope

The best part of Ukrainian litigation is the feeling of the gradual improvement of the system.

During the last 3 years:

In a couple of years, you will need a different set of litigation tips.

From the Bottom Up: How Decentralization Is Creating New Incentives in Ukraine

Thanks to the country’s decentralization reform, local communities are more frequently becoming centers of innovations in today’s Ukraine. They are helping to revive...
PODCAST
June 5, 2020