How Odesa Has Kept Its Culture Alive During Quarantine

How the Belarus Protests May Affect Ukraine and Eastern Europe

August 18, 2020
About 200 thousand people took streets in Minsk to protest against the regime of Lukashenka in Belarus, election fraud and brutal police crackdown against protestors. The protesters demand Lukashenka’s resignation, the release of prisoners, and the holding of a new, fair election. UkraineWorld asked Ukrainian and international experts and journalists about how the protests in Belarus might affect Ukraine and Eastern Europe in general. 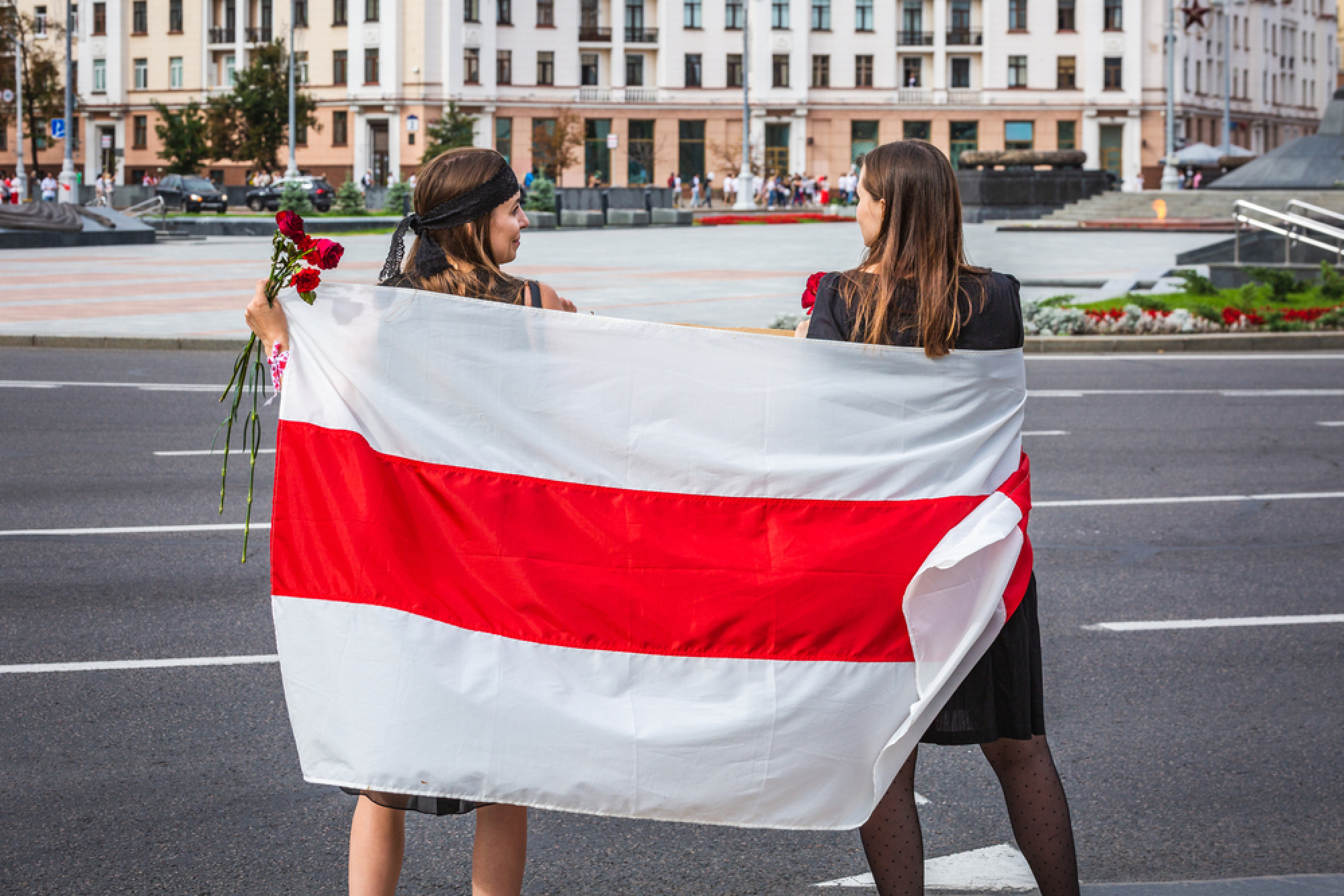 Today's situation is unique for Belarus -- it is the first time Belarusian authorities have faced opposition not just from a minority, but from the majority of citizens. Never before has the drive for change been so strong, and never before have the repressions been so cruel as they are now. Lukashenka is becoming increasingly nervous, is making mistake after mistake, and is reacting ineptly to the biggest political crisis of his 26-year governance in the country.

On 16 August, the biggest mass protests in Belarusian history took place. Now, labour has entered the fore, with factory workers across the country going on strike and joining in protests. Their demands are not economic but political: denouncing the elections as unfair, the release of political prisoners, the resignation of Lukashenka and the management of the Central Election Commission, and the prosecution of the members of the Ministry of Internal Affairs who committed acts of violence and torture against peaceful demonstrators. The EU is preparing new sanctions against Lukashenka and his officials. In addition the leaders of the biggest factions of the European Parliament declared that they consider Lukashenka persona non grata and recognized Sviatlana Tsikhanouskaya as the legitimate winner of the elections.

Lukashenka has himself become a threat to Belarusian sovereignty by calling upon Putin to intervene.

This public rejection of the election results in Belarus brings Lukashenka back into the international isolation which he has tried to escape in recent years. At the same time, this increases Minsk's dependence on Russian support. Lukashenka has himself become a threat to Belarusian sovereignty by calling upon Putin to intervene. It seems that the Kremlin does not believe that Lukashenka will be able to hold onto power.

Events will keep developing, but it is difficult to predict how. Lukashenka has rejected proposals for foreign mediation. Even if he had agreed, this would have led to a new election and to his defeat. Today, Lukashenka is standing face to face with his people demanding his resignation. But dictators who are pushed into a corner are dangerous.

Belarusians are now experiencing a real national awakening and awareness of their civic consciousness.

At the same time, Belarusians are now experiencing a real national awakening and awareness of their civic consciousness. Therefore, it is unlikely that the situation will return to the earlier.

If the protests end successfully -- that is, the people achieve free and democratic elections -- then the Kremlin will no doubt not be happy about this, since it sets a very bad example. If quiet and tolerant Belarusians are able to sweep away a dictator, then why can't Russians? For Kyiv, a change of power in Belarus, and a subsequent reorientation of Minsk's foreign policy to a more pro-Western or at least more neutral direction, would mean the end of fears of a "second front," as it has been said more than once that Moscow might use the territory of Belarus to launch aggression against Ukraine. But the countries of Central and Eastern Europe, which are members of the EU and NATO, would receive a real "buffer zone" in both Ukraine and Belarus. To wit, Russian tanks would have to travel an additional thousand kilometers before reaching their borders.

If quiet and tolerant Belarusians are able to sweep away a dictator, then why can't Russians?

In my opinion, Russia is not interested in overthrowing Lukashenko, but in weakening him as much as possible. Unpopular, cut off from the West by sanctions (due to electoral fraud and street violence), he will be very flexible in fulfilling whatever future desires the Kremlin has for integration. But even if Lukashenka is removed from power, I am sure that Moscow already has a plan to promote some of its own loyal candidates in free and democratic elections. Regarding the possibility of Moscow's armed intervention, I do not believe in such a scenario. Russia has already broken its teeth enough with Ukraine. 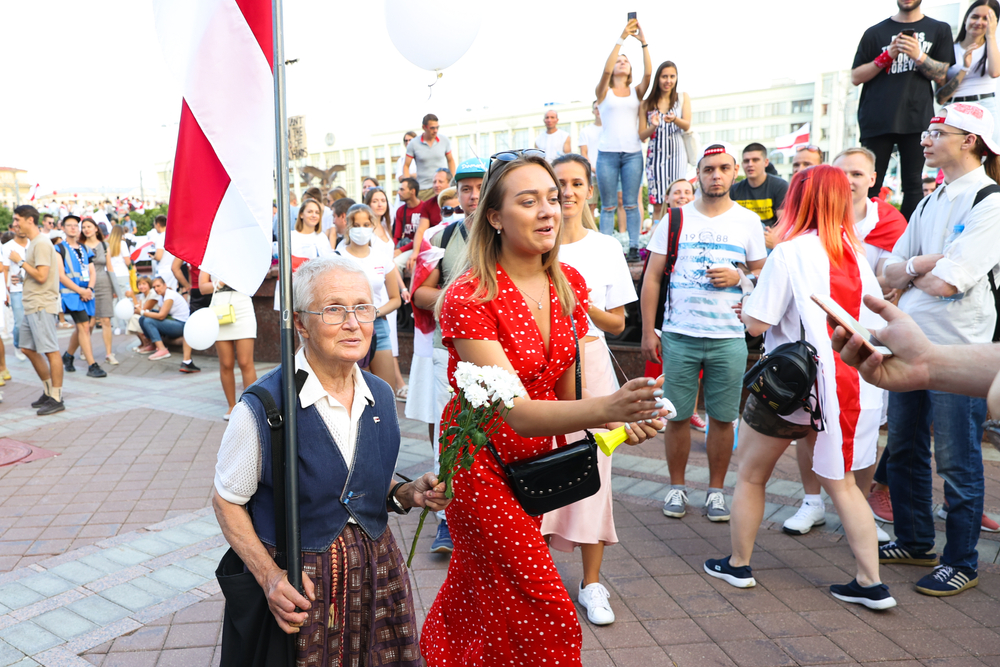 The protests in Belarus give huge legitimacy to democratic change in Eastern Europe and in the post-Soviet space. It's a remarkable event because we are at the same time seeing the West going in a more authoritarian direction, with a lot of identity politics and polarization. But here, in Belarus, you see grassroots mobilization of workers. There is no civil society of the Ukrainian type consisting of different organizations, an independent media, and public intellectuals, but there is this strong grassroots movement. And it is very hard to divide this country.

The protests in Belarus give huge legitimacy to democratic change in Eastern Europe and in the post-Soviet space.

These protests make Ukraine stronger; they make all democratic post-Soviet countries stronger. Authoritarian regimes have always tried to portray such protests as lacking popular legitimacy and being supported only by Western-minded liberals and out-of-touch elites. Now, Belarus has proven this is  not the case.

But I would urge everybody not to simplify these events, not to make hasty comparisons, and not to expect quick results.

While so far constituting a risky political juncture and open window, one can already speculate on three positive effects of events in Belarus on Ukraine in terms of (a) European geopolitics, (b) national security, and (c) international discourse.

First, the national symbolism and pathos of the protests may move Belarus closer to models of identity and behavior predominant in today's East-Central Europe. They can eventually lead to Belarus's gradual exit from Russia's sphere of influence and entry into pro-Western structures from the Council of Europe to the Lublin Triangle, thereby reshaping the geopolitics of Eastern Europe.

Belarus opens an additional geopolitical "front" for Russia, thereby distracting Kremlin attention, resources and energy that may otherwise have been directed towards military or other intervention into Ukraine.

Second, Belarus opens an additional geopolitical "front" for Russia, thereby distracting Kremlin attention, resources and energy that may otherwise have been directed towards military or other intervention into Ukraine. Moscow now has an additional piece on its plate, which eases Ukraine's security situation.

Last but not least, the events in Belarus provide pro-Ukrainian commentators with discursive tools against geopolitical and conspirological discourses in the West on the Russian-Ukrainian conflict. Insofar as overt nationalism and direct Western influence have been far less relevant factors in Belarus, these events, to large extent, disprove the thesis that unwise Western meddling paired with ethnocentric Russophobia are the prime causes of political instability in the post-Soviet space. As with Armenia before, Belarus seriously undermines popular assertions about the ostensibly fatal mistakes by the EU and NATO leading to a destabilization of post-Soviet Eastern Europe. The roots of the various color revolutions throughout the former USSR are domestic rather than foreign, and are of a national rather than ultra-nationalist nature.

The positive news is that we are witnessing a historical moment in Belarus: Belarusians as people and a society are increasingly becoming the subjects and not the objects of their domestic political processes.

Belarusians as people and a society are increasingly becoming the subjects and not the objects of their domestic political processes.

In the mid- and long-term perspectives there is a chance that they will become a new European political nation with newly-constructed political identity (also rooted and linked to the ongoing protests).

The bad news is that  the EU/West have no clear strategy on Belarus and are rather reacting then acting, while Putin's Russia has  plenty of options for further influencing the situation in Belarus. All these options are, in the short-term perspective, winning ones for the Kremlin. It does not matter whether Lukashenka stays in power, Russia sends its troops to Belarus, new presidential elections take place, or Lukashenka is replaced by another person.

In the short-term perspective, Belarus will be forced to stay closely connected with Russia due to its economic dependence and the deep penetration of various Belarusian institutions by Russia and its proxies.

The societal awakening may lead at a certain point to a major dilemma of choosing the country's geopolitical vector. Choosing the pro-European direction and reducing connections to Russia would inevitably lead to a deep economic crisis and the urgent need to reorient Belarus's foreign trade (like Ukraine experienced in 2014). 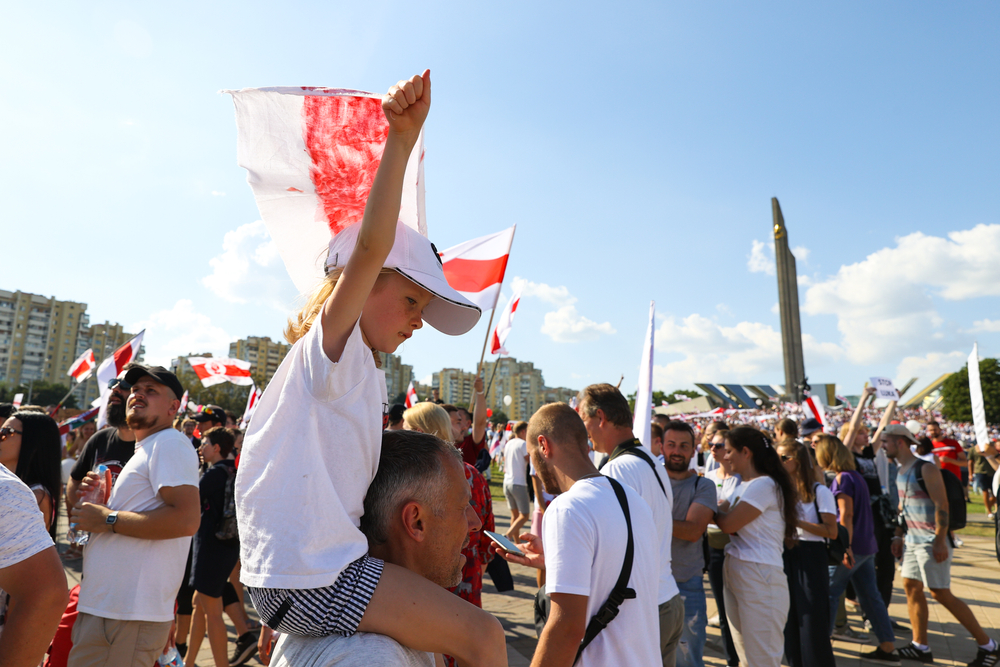 The famous ULB doctrine (Ukraine, Lithuania, Belarus - Ed.) formulated by Jerzy Giedroyc -- the editor in chief of the Polish émigré magazine Kultura -- assumed that without a free and stable Lithuania, Ukraine and Belarus, there is no free Poland. Today this formula not only applies to Polish security and freedom, but to the stability and well-being of the entire region.

As a member of the European Union, Lithuania has completed this path. Since the Euromaidan revolution, despite some obstacles, Ukraine has also been heading in this direction. Recent weeks have shown that Belarusians want to follow suit. Therefore, their call for free and fair elections resonates in Lithuania, Ukraine and Poland. Should they succeed in their struggle, the remnants of the Soviet Union will finally have a chance to be fully uprooted from the region.

Blatantly autocratic and populist regimes, even if effective and people-oriented at the beginning, eventually come to an end.

What the events in Belarus also remind us is that blatantly autocratic and populist regimes, even if effective and people-oriented at the beginning, eventually come to an end. This should be a stark reminder for those in this region who wish to depart from democratic values and European norms of governance.

The situation in Belarus has proven that dictatorship cannot last forever, even if it is boosted by relative stability, welfare, and strength of the regime. That's good news, and also a strong message both to the Kremlin and to those who are trying to apply the Kremlin's governing style in their countries (e.g., Orban's autocracy in Hungary).

Dictatorship cannot last forever, even if it is boosted by relative stability, welfare, and strength of the regime.

However, the deficit of strong opposition leadership may cause a lack of vision for the future, and it isn't easy to forecast what Belarus's path will be when Lukashenko leaves. That's the bad news. There is a desperate need to define a positive agenda. Otherwise, all the efforts of the people of Belarus may end up being in vain.

Finally, the awful news is the fact that the EU lacks cohesion, and the EU's joint approach towards Belarus is the matter of negotiation with Greece and Cyprus. Such false interdependence creates a negative precedent. The issues of democracy, human rights, and freedoms can by no means be hostages of national ego and hypocritical pragmatism. Otherwise, the very essence of the European values is undermined.

What are the results of the recent rounds of diplomatic talks around Ukraine/Russia? Is the West taking the right approach, and what can it do? Listen to our podcast...
PODCAST
September 10, 2019