Is “Another Russia” Possible?

Russian Propaganda and Its Genocide in Ukraine

April 7, 2022
Can the truth of what happened in Ukraine in 2022 be clearly understood by the world or Russian propaganda will win? Read our article to find out! 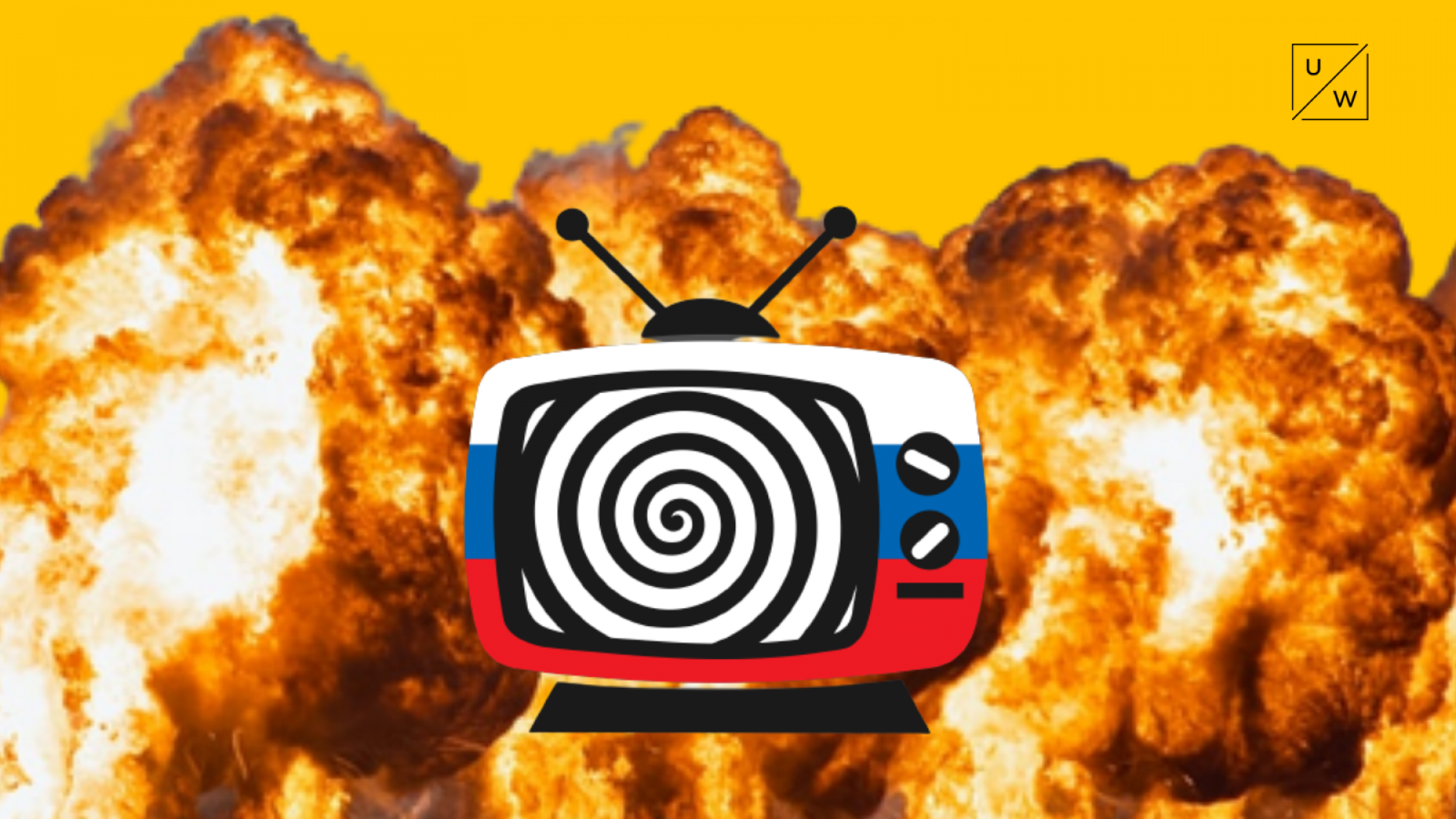 This cultural malaise obscures the critical distinction between fact and opinion while increasing the relative weight of opinion and reducing trust in our ability to discover real facts. Informational superiority is an aspiration now built into Russian military doctrine, but it also aims to perfect lying and thus must fail.

The relevant truth is that  Russia committed genocide against the Ukrainian people in its 2022 invasion, but this must be verified and tested in an international court of law, where independent judges determine the facts and what is really true or not proven by procedures of reason. Russia has primed the world with its excuse that it was liberating Ukraine from neo-Nazis and protecting Russian-speaking groups inside Ukraine from genocide.  This alternative version of reality makes nonsense out of the claim that it committed genocide, for Russia's all-important intention was to save an oppressed minority and defend itself. It preempts reality as it happens by racing to give a first impression and then repeating it ad nauseum.

The first casualty when war comes is truth according to U.S. Senator Hiriam W. Johnson in 1917.

If Russian leaders in fear conceived themselves to be permanently on an information battlefield and planned to increase uncertainty to their advantage, they would do everything to increase confusion about the realities of war. But so many reasons stand in the way of their plan to confuse the world by multiplying forms of reality to obscure their real intentions that it must be self-defeating.

Russia needs to know the basic truth so that it can distort the available data enough to suit its cause and legitimize its narrative. Russia spies on world mass media and social media originating in Ukraine so as to determine with accuracy the truth inside Ukraine, what targets were hit, or the reality as far as it can be ascertained. It assumes the other side is an open book, or a democratic society which honors truthfulness. Their free speech and free press reveal truths that Russia can use against them in improving its war effort or ability to lie more strategically next time. It thus relies on finding the truth to create better lies that will preempt its discovery, and its better lies intend to re-describe realities so that they may be circulated domestically as alternative truths in Russia and broadcast internationally. But the more propaganda that you circulate in the process of maintaining stability at home or international reputation, the more likely also that you must alienate reality. Overdoing propaganda does not lead to informational superiority but rather it is self-defeating.

The 1948 UN Genocide Convention defines genocide as the "intent to destroy in whole or in part, a national, ethnical, racial or religious group, as such." The definition is narrowed by specifying five relevant actions upon that group: a) killing members; b) causing serious bodily or mental harm to members; c) deliberately inflicting conditions of life calculated to bring about its physical destruction in whole or in part; d) imposing measures intended to prevent births within the group; and e) forcibly transferring children of the group to another group. These actions or physical elements can be openly observed and captured by camera or other records. The "intent to destroy" element is the most difficult to prove in a court of law, and what the court demands is evidence of an official state policy or organizational plan to destroy the targeted group as such.

It is unlikely that Russian leaders would ever confess to a planned genocide because they also believe their own propaganda which alienates reality.

So hard evidence of military plans or orders given to Russian troops by commanders, intercepted communications, testimony of captured soldiers and leaks are needed to be gathered carefully, verified, and the mass of evidence made into a case that cannot be reasonably doubted. Those procedures take much time and resources and even luck to find the right evidence to clinch the case. The war criminals may have time to disappear, avoid arrest or try to spin more propaganda about their intentions to confuse the matter further. They could invent fake orders that they told their soldiers to avoid the five genocidal actions, but they were disobeyed. It is most likely that Russia would rely on its "informational superiority" to outdo or confound any evidence that its leaders intended to destroy the Ukrainian people.

According to Keir Giles (from the Royal Institute of International Affairs, London, England), Russians conceive their intellectual superiority in propaganda over their adversaries in at least five main ways:  1) Russians do information warfare broadly (using every means of influence) and permanently, while their adversaries do it only during actual wartime or much more narrowly; 2) Russia uses highly centralized or coordinated information warfare, but their adversaries are split into many separate, national based media and very decentralized; 3) Russia claims greater foresight that implies "reflexive control" because it works backwards from the selected objective in order to predetermine an adversary's decision in Russia's favour; its adversaries never developed such foresight; 4) Russia can outdo the West by influencing its mass and social media due to the open society and free speech vulnerabilities; but the West cannot influence Russian owned media or domestic opinion because it takes superior, isolationist defensive measures than democratic principles allow; 5) For Russia, contradictions in its propaganda don't matter because their intent is to distract, enthrall and disorient the public, rather than be rationally consistent; its adversaries are held back by overly rational procedures and restricting ideals of intellectual integrity.

Giles observes that Russia's informational superiority is supposed to be a "key enabler for victory" in wars. It means that Russia should be able to influence the adversaries' military personnel and civilians better than the adversaries can influence their Russian counterparts. And Russia seeks advantages in affecting technical systems and technologies used for information services in its adversaries (such as jamming their signals or intercepting data).

Winning information confrontations will result in the achievement of strategic and political goals and in the defeat of the enemy's armed forces (and capture of his territory, destruction of his economic potential, and overthrow of his political system).

Russians believe that "emphasis on information as a whole as the contested space" is a superior approach to simply concentrating on cyber-warfare separately from other influencing activities. So they publish fake books by Western authors translated into Russian for their domestic readers, or provide false or misleading translations of the public statements of foreign leaders in their news. Russians try to design their information systems to be superior means for winning wars in particular rather than worrying about their accuracy or objectivity, authenticity, negative impacts on education, or functionality in better informing the public.

Russians have realized that by rapidly, continuously and repetitively disseminating partial truths or bold fabrications, they can succeed in making their propaganda have an impact on persons, even if it is not accurate or consistent. RAND researchers Christopher Paul and Miriam Matthews have explored how Russians have used psychological research to increase effectiveness by using multiple sources to spread information in high volume, so as to overwhelm competing messages or increase likely exposure. Eliminating verification procedures makes them more rapid and better able to make up facts to create first impressions, "they just disseminate an interpretation of emergent events that appears to best favor their themes and objectives." Since people prefer familiar information, repeating propaganda can make it more effective even if it is false.

Given the importance of determining Russian leadership intentions in the case of Ukrainian genocide, we should expect more repetition of alternative intentions, forging documents or planting misinformation about intentions to mislead investigators. We should expect Putin to keep repeating his own genocide-prevention and Donbas liberation intention narrative and recycle the same excuses, using multiple media to drown out competing messages. Rather than attempting to refute Putin's official propaganda excuses directly while he simply uses his troll armies and bots to saturate social media and mass media with his self-serving distortion of reality, it might be better to concentrate on finding a brave defector or insiders unhappy with Putin who would testify and provide evidence in court. Someone who fears Putin less than living in a demoralized world that does not punish genocide may emerge. Encouraging such defections by high ranking Russian officials hurt by sanctions or shocked by the brutality of this war and giving them asylum or legal immunity deals to help convict the true mass murderer would be wise. Hacking into Putin's personal computers, banking records, phones or emails may or may not be possible, due to his personal habits or precautions. The lack of direct evidence of leadership intentions could result in only circumstantial, indirect evidence and failure to convict.

The Russian claim to informational superiority is likely also another bold piece of propaganda that they themselves believe but disconnected from the realities of continuous technological development. If true, then it would make it perhaps impossible to ever gain the right evidence to convict their leadership of genocide. So all who believe in justice must resist this Russian conceit of informational superiority and its contempt for democracy, free speech and transparency. If informational superiority is only partly true or nonsense or an outright falsehood, then there could be an  information  confrontation by trial (cross examination) with Russia's leaders that discovers enough proof of genocidal intentions to convict them in a courtroom where propaganda is excluded by reasonable procedures. Capturing and arresting these leaders would probably require invading Russia, now hard to imagine but necessary to bring them to justice if they don't leave the country. The shut down of RT.com's American production offices and marginalization of its programing was a strike against informational domination. Finding the right evidence able to overcome the propaganda story of noble intentions that has given Russia temporary allies and confused some is necessary.

These criminal actions in invading and attempting to destroy Ukraine as an independent nation have been witnessed and recorded like no genocide in history, and it would be a greater tragedy if the whole world was watching and yet Russian leaders escape justice because they know how to lie perfectly.

Russia has occupied about 20% of Ukraine's territory and continues its offensive in the east. But. Here is our video explaining why it will never conquer Ukraine.
PODCAST
August 12, 2019