June 11, 2021
Why Kremlin propaganda lies about “Glory to Ukraine - Glory to heroes” slogan? We explain in our new material. 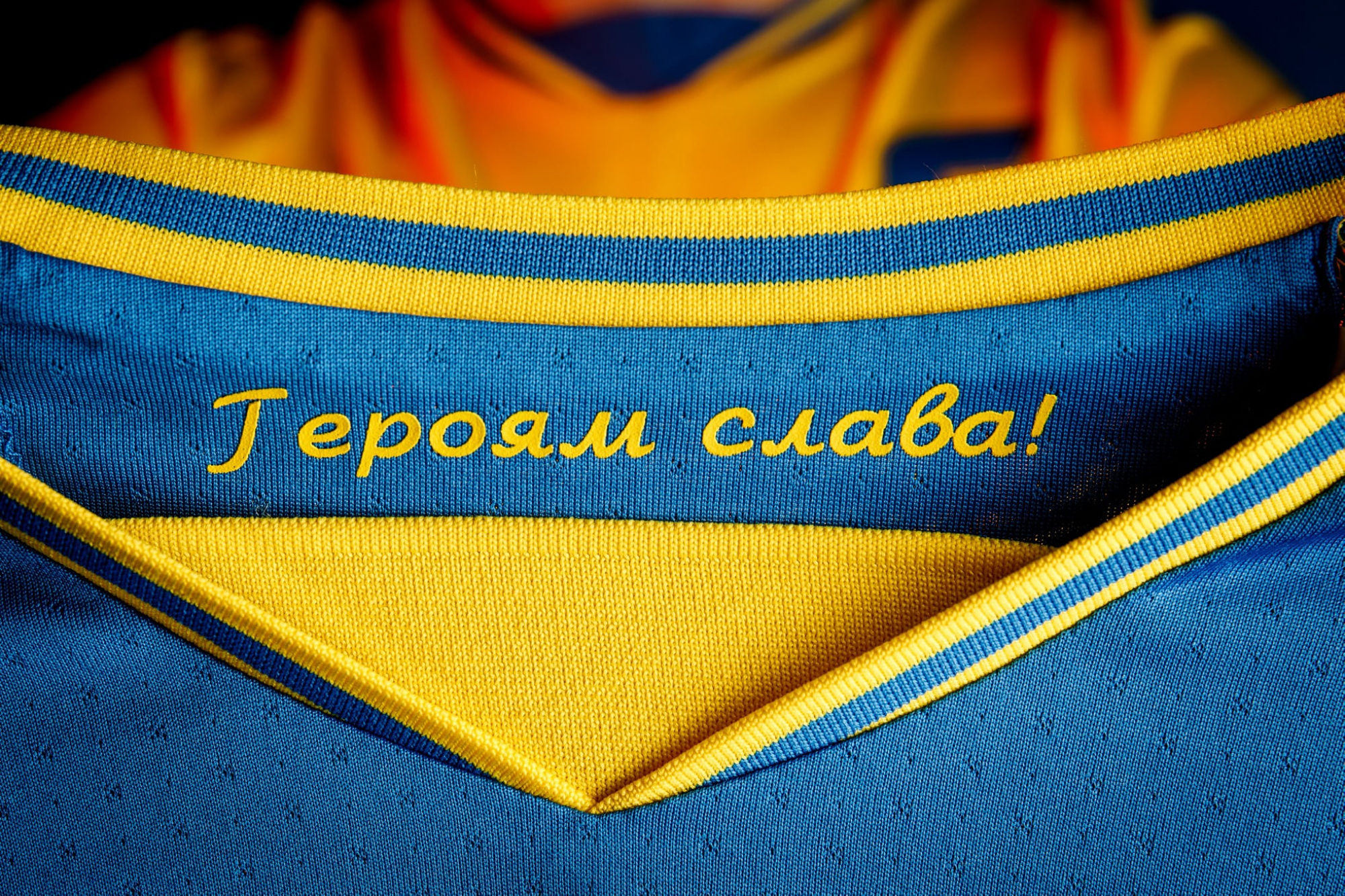 Prior to the Euro-2020 football tournament, Russia has deployed its disinformation machine to prove that the slogan Ukrainian team uniform is a “Nazi” slogan. We explain why Russia’s argument is nonsense.

“Glory to Ukraine - Glory to heroes” has been a key slogan of Ukraine’s Revolution of Dignity, or Euromaidan (2013-2014), which was a mix of liberal / pro-European agenda and Ukraine’s post-colonial anti-imperial struggle.

The Kremlin’s disinformation machine targeted this particular slogan, as well as other phenomena of Euromaidan, to persuade the international public that it was a “Nazi” revolution and that all Ukrainian patriots are actually “Nazi”. This comes in line with Russia’s propaganda argument that all European Union and NATO countries are heirs to Nazi/fascist coalition of the 1940s.

In 2019, UkraineWorld published an analysis and debunking of major Russian disinformation narratives about Ukrainian history: https://ukraineworld.org/articles/books/re-vision-history

We also analyzed the narrative about “Glory to Ukraine - Glory to heroes”. Here’s a short explanation from Yana Prymachenko, one of our experts:

"The salutation Glory to Ukraine! Glory to Heroes! was first used during the Ukrainian national liberation fight in 1917–1921, long before the Nazis came to power in Germany.

The would-be slogan first appeared much earlier, in 1840, in a poem written by Taras Shevchenko called To Osnovianenko, which contained the words: Here is, people, our glory / Glory of Ukraine!

In the late 19th century, it began to be used by the student community in Kharkiv. The response to the call Glory to Ukraine! was Glory on the whole land!

The greeting became widely popular during the Ukrainian revolution of 1917-1921. From 1917, it was used by the squads of the black Cossacks of the Army of the Ukrainian People’s Republic, in the form Glory to Ukraine! Glory to the Cossacks!

In 1918, during the rule of Hetman Skoropadsky, the greeting was transformed into Glory to Ukraine! Glory to the Hetman! In general, during 1918–1922 the Army of the Ukrainian People’s Republic had different variations of responses to the Glory to Ukraine! salutation, including: To Ukraine – Glory!; Glory Forever!; Faith and Glory!"

3. “Glory to heroes” has a transnational and trans-ideological nature: it was even popular in official Soviet propaganda (with its very “anti-fascist” but totalitarian ideology) commemorating victory in the war, with its slogans “Eternal glory to the heroes” (Вечная слава героям), “Glory to the heroes of the Great Patriotic War” etc.

“I Can’t Change Anything”: Why Lack of Agency Makes Ukrainians Vulnerable to Anti-Western Propaganda

Ukrainian History: New Ways to Look at It

A short text version of a podcast conversation between Katherine Younger and Volodymyr Yermolenko.
VIDEO
March 22, 2021

An anti-empire: is it Ukraine’s basic political idea? How can we look at Ukrainian history within the global history, as a struggle between the Republic and Empire?...