August 4, 2022
The story of Anya Zlenko from Kyiv, whose apartment was hit by a Russian missile. 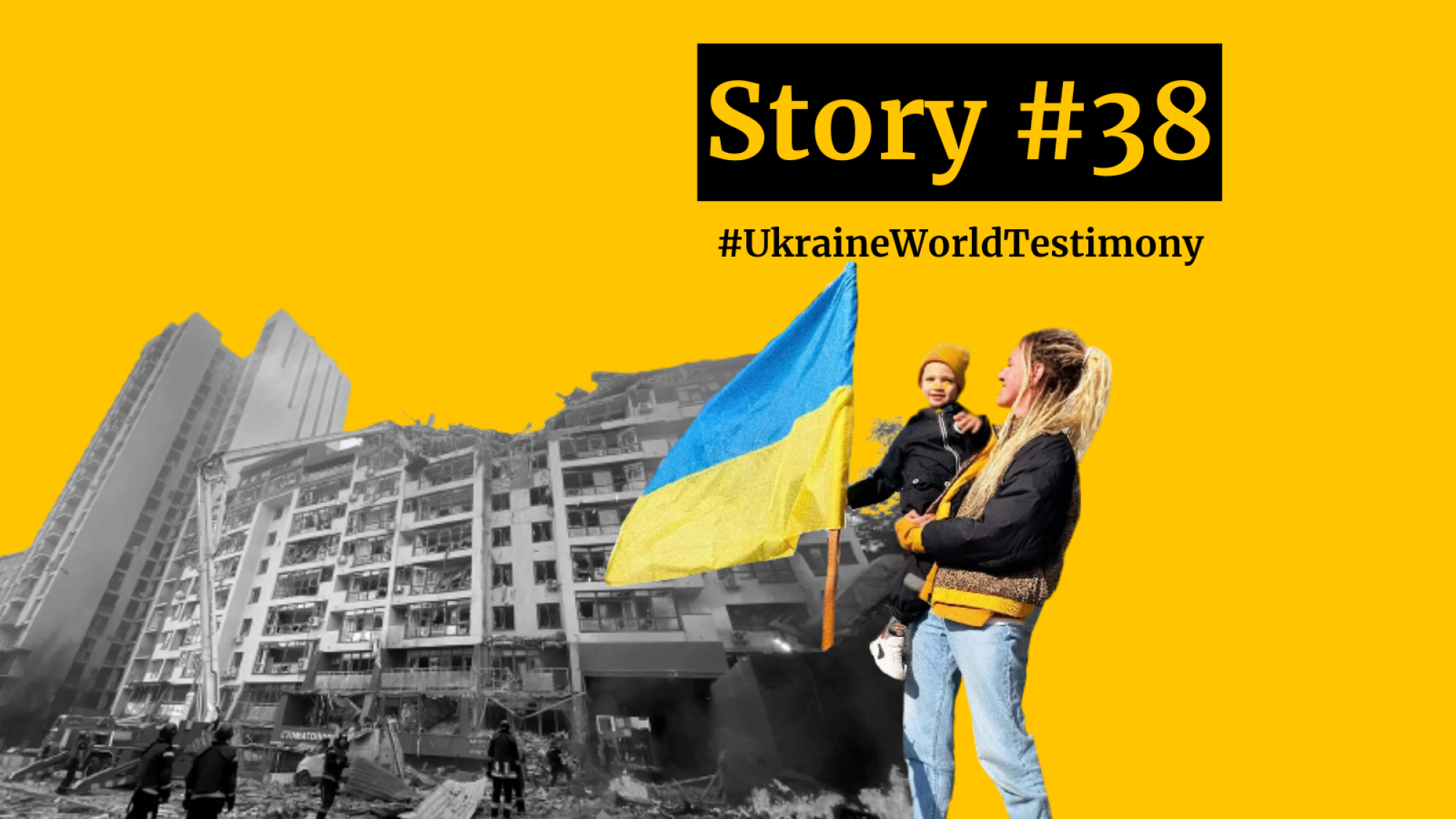 February 22. We decided to go to our hometown of Sumy to visit our parents by train. I told my husband to take our documents. We traveled for 3 days, we did not take anything, only the things that were on us.

February 24. I woke up at 5 am to the words of my husband, "that's it, the war has begun." Complete confusion about what to do next. We didn't have a car, so we took tickets to Kyiv. Outside the window, there was already a kilometer-long queue for fuel.

Sirens in the city do not work yet, telegram channels have not been created. The only source of information is the news, which is played non-stop on all TV channels. They only talk about Sumy. Enemy vehicles are already moving in a column through the center of the city.

Mark is very quiet, almost does not speak and does not want to eat. First sleepless night. The whole building was shaking. Explosions and the rumble of equipment were heard.

February 25. The railway connection with Sumy is suspended. The city is surrounded by Russian checkpoints, no one is allowed out. There is a feeling of "mouse trap" and complete despair. Thank you to my husband for making this decision and his family for giving up their car and saying "try to save yourself".

In 5 minutes we were in the car with the feeling that we were saying goodbye forever. It was possible to leave the city on country roads. The scariest part was going out on the track.

On one side, a Russian checkpoint on the way out of the city, which we bypassed, on the other side, a column of enemy vehicles headed for Kyiv. We had to drive 5 minutes to the exit from the highway, so we drove along this column.

I closed my eyes, the child was silent, the husband pressed the gas. We drove by. There was a task to reach the right bank of Ukraine, and to decide what to do next.

February 26. Night. Somewhere near Cherkasy, we jumped into a hole and punctured a wheel. Suddenly, a man ran out of nowhere and started shouting that we were being bombed. My heart was racing, my hands were shaking, but in 4 minutes we changed the tire.

We arrived at Bila Tserkva at 2 am. We wanted to spend the night there, but there was nowhere. We even asked to stay in the hospital, but we were not allowed.

We drove further towards Vinnytsia. 48 hours without sleep and in a panic gave its result, hallucinations began. We stopped in the town of Pogrebyshche, where a kind woman showed us a shelter.

We were taken to a room where we could sleep a little. Mark went to the toilet for the first time in 20 hours, and that was with persuasion.

February 27. At night, we reached Ternopil, where my husband's colleagues sheltered us. We were able to take a shower and eat breakfast. In this city we heard sirens for the first time. Next, we went to Volyn, where accommodation awaited us.

February 28 - March 10. Mark calmed down, and began to talk little by little. We all got sick: cough, fever, nausea, upset stomach. All symptoms that the body has experienced stress.

March 11th. That night I couldn't sleep because I felt something bad was about to happen. At 5:47, without any warning, ballistic missiles flew. 4 pieces. This picture, seen with my own eyes, will remain with me forever.

I pushed my husband, grabbed the child and ran out into the corridor. Then the planes flew, everything was shaking and terrifying. The next day we moved to another apartment, because I couldn't even go to the window anymore.

April 28. We spent the day with new friends. In the evening, the air alarm started, and we went to hide in the shelter. At 8:16 pm, messages began to arrive from the chat room of our house in Kyiv: a Russian missile had hit it.

We saw the first photos in the news and realized that our apartment was at the epicenter of the explosion. After that something changed inside me.

You know, it's kind of strange to look at the ruins of your home and think "it's not all that bad." We have accepted this fact as much as possible. Thank God that it happened so that we were far away, that now we are together and have not lost the ability to enjoy life despite everything.

I sincerely believe in myself, in our family, that everything will be much better. We did it once, we will do it again! The only thing I dream about is basic security, which was taken away from everyone who decided to stay in Ukraine.

Read a new issue of bi-weekly newsletter with monitoring of Russian activities and influence in Belarus to know more.
VIDEO
May 24, 2022

How Russian Propaganda Has Dehumanized Ukrainians

Russian atrocities in Ukraine were possible in the first place because of years of propaganda which dehumanized Ukrainians calling them “Nazis,” murderers, and thieves...